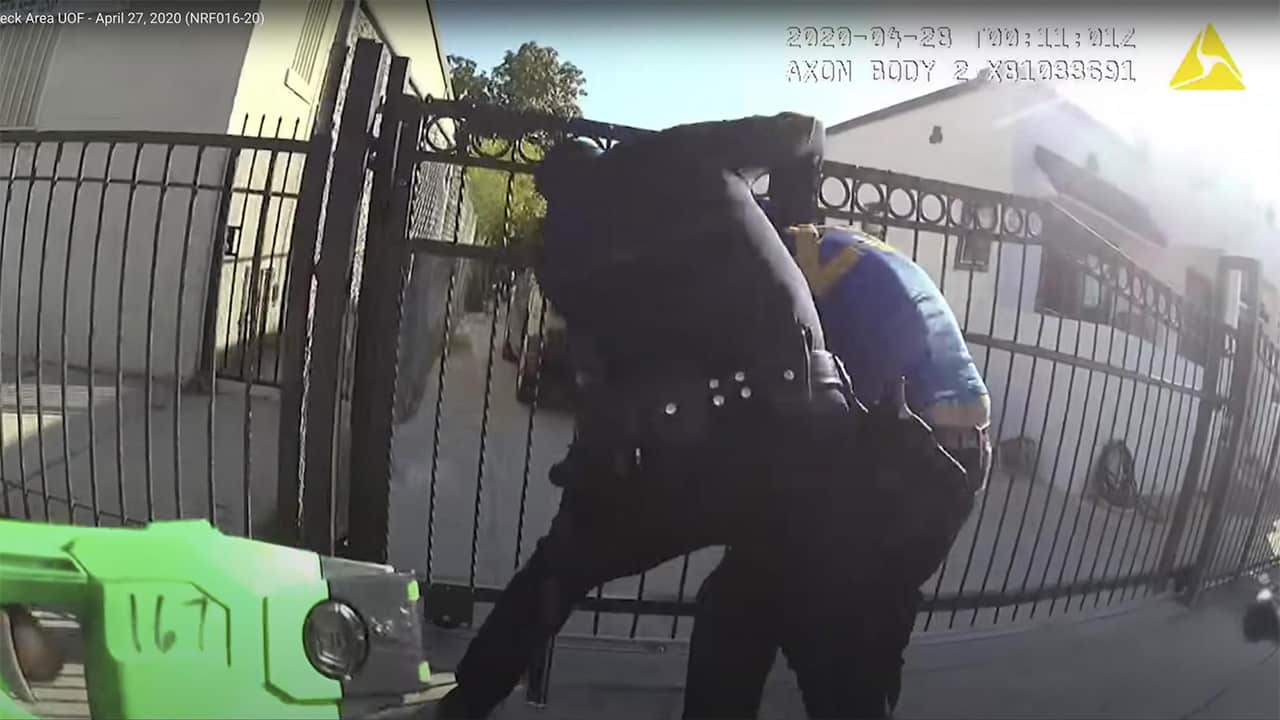 LOS ANGELES — A Los Angeles police officer has been charged with assault for punching an unarmed trespassing suspect more than a dozen times in an encounter caught on video by a bystander, prosecutors said Tuesday.
Officer Frank Hernandez was charged with assault under color of authority.

The Incident Occurred When Police Were Called About a Man Trespassing

It was not immediately clear if Hernandez had a defense lawyer who could provide comment.
The incident occurred when police were called about a man trespassing in a vacant lot in the Boyle Heights neighborhood.
Hernandez and a female partner arrived, crouched through a hole in a chain link fence and approached the suspect, telling him to leave, according to videos provided by police. The man, who was wearing a Los Angeles Rams jersey, cursed at the officers but grabbed his bicycle and left the grassy plot.
The female officer told him to be on his way, but after walking down a sidewalk past a church, the suspect told the officers he lived there.
“You don’t live here anymore,” Hernandez said. “Bye.”
The suspect then asked what Hernandez was going to do and said he wasn’t afraid of him. Hernandez approached the man and told him to turn around.
“Ain’t nobody acting defiant,” the man said, as he continued to curse at the officer. “Ain’t nobody getting crazy but you.”
After a brief scuffle when the man initially refused to put his hands behind his back, the suspect faced a fence and appeared to comply with the order. Hernandez grabbed the man’s hands as if he was going to cuff him and then took a wild swing and punched the man in the right side of the head.
Hernandez then delivered a series of blows to the man’s head, neck and body, cursing at him the entire time.
“This is a disturbing case of the illegal use of force at the hands of a police officer,” Lacey said in a statement. “In this case, we believe the force was neither legally necessary nor reasonable.”
Hernandez has been stripped of police powers and assigned to home, the police department said.

London Mayor Seeks Answers Over Taser Use on Rapper's Father