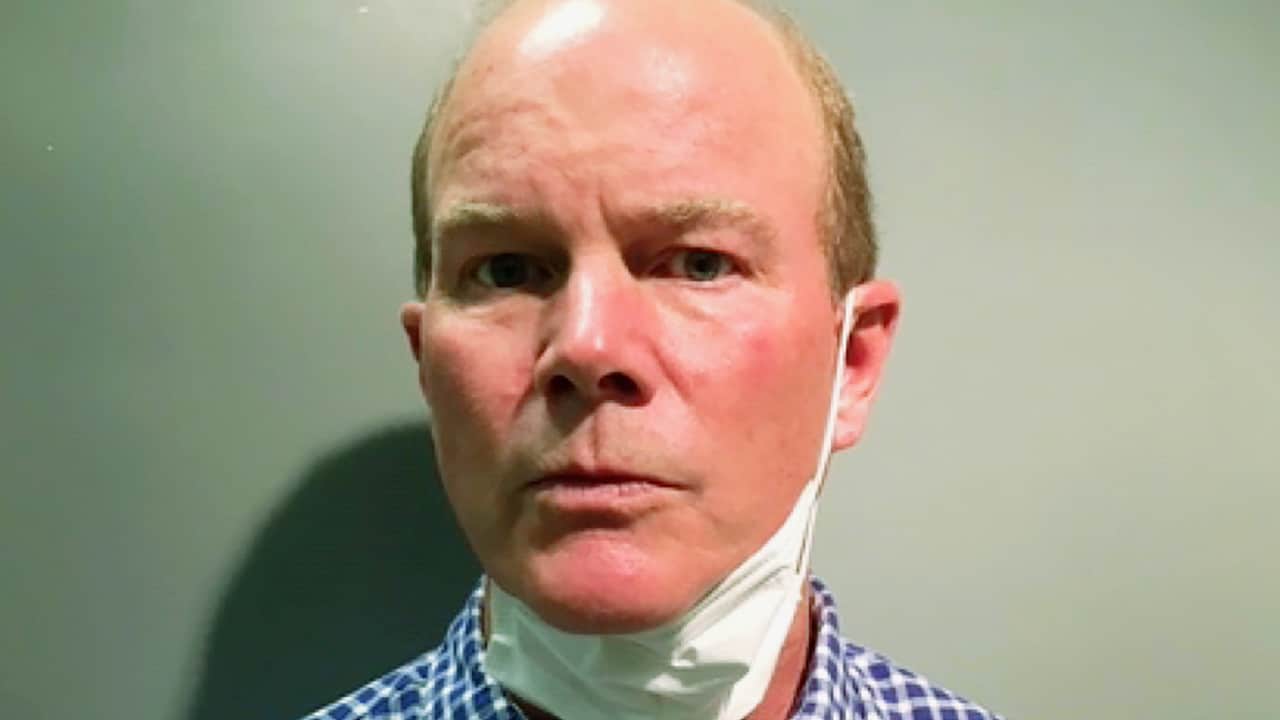 SILVER SPRING, Md. — John Damskey’s nightmare began with his wife getting emails from strangers telling her she should be ashamed of her husband, a retired police officer. Their phones wouldn’t stop ringing with calls from unfamiliar numbers. Some even called his 74-year-old mother.

The Maryland-National Capital Park Police said it received hundreds of tips from the public before detectives arrested Brennan on three counts of second-degree assault. Brennan grabbed the flyers from one of the young women and pushed his bicycle towards a man, knocking him to the ground, the department said in a news release.
The three victims, who ranged from 18 and 19 years old, said they were posting flyers promoting justice for George Floyd, the black man who died May 25 after a white Minneapolis police officer pressed his knee on the neck for nearly nine minutes, ignoring his cries of “I can’t breathe.”
After Brennan’s arrest, the company that apparently employed him tweeted a statement that it had fired an employee who had “engaged in disturbing, wrongful, and completely unacceptable behavior directed towards peaceful demonstrators.”
Before Brennan’s arrest, Maryland Attorney General Brian Frosh tweeted that another Twitter user, Peter Weinberg, wasn’t a suspect in the assault investigation. A day earlier, Frosh had tweeted a link to the viral video and asked the public to contact him or a county prosecutor if they recognized the cyclist.
Weinberg posted a police report to prove that detectives had cleared him of any involvement.
“We must align in the fight for justice and equality — but not at the cost of due process and the right to privacy and safety. Let’s use Twitter to amplify the positive wave,” Weinberg later tweeted.

Damskey Said He Saw Tweets That Endangered His Son

Rene Sandler, an attorney and longtime friend of Damskey, offered to help him. She contacted Twitter’s legal department Friday and reported as many “dangerous, harassing, targeted” tweets as she could find. She said Twitter has removed many if not all of those tweets.