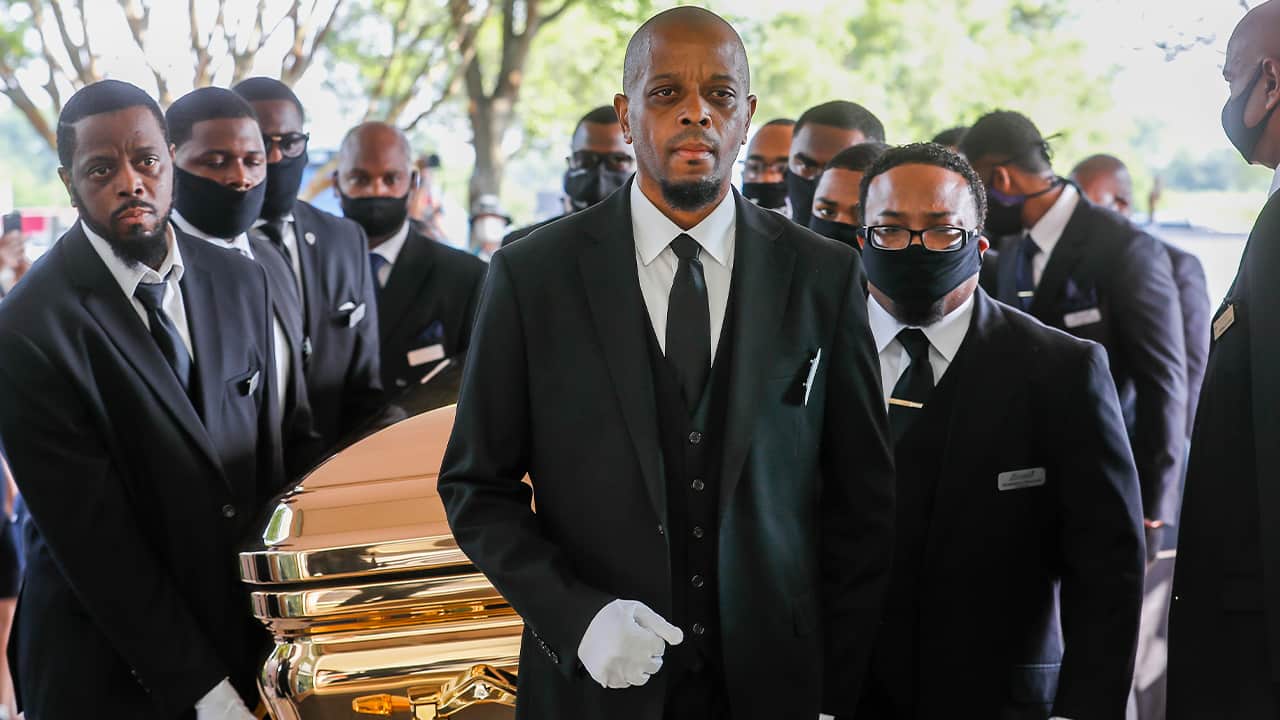 HOUSTON — George Floyd’s body arrived at a Houston church Tuesday for a private funeral, to be followed by burial, capping six days of mourning for the black man whose death inspired a global reckoning over police brutality and racial injustice.
Floyd, 46, was to be laid to rest next to his mother in the suburb of Pearland. He cried out for his mother as a white Minneapolis police officer pressed a knee on his neck May 25.
About 6,000 people attended a public memorial Monday in Houston, where Floyd grew up. Under a blazing Texas sun, mourners wearing T-shirts with his picture or “I Can’t Breathe” — the words he uttered as he lay pinned to the pavement for what prosecutors say was 8 minutes, 46 seconds — waited for hours to pay their respects. Floyd’s body lay in an open gold-colored casket.
“I’ve been stopped by police. I understand the situation. I can only imagine,” said 39-year-old Daniel Osarobo, a Houston resident and immigrant from Nigeria who works as an engineer in the oil and gas industry. “What if it was me? What if it was my brother? What if it was my sister? What if it was my son?”
Floyd’s death touched off international protests and scattered violence and drew new attention to the treatment of African Americans in the U.S. by police and the criminal justice system.
In the past two weeks, sweeping and previously unthinkable things have taken place: Confederate statues have been toppled, and many cities are debating overhauling, dismantling or cutting funding for police departments. Authorities in some places have barred police from using chokeholds or are otherwise rethinking policies on the use of force.
Floyd’s death has also reshaped the presidential race. 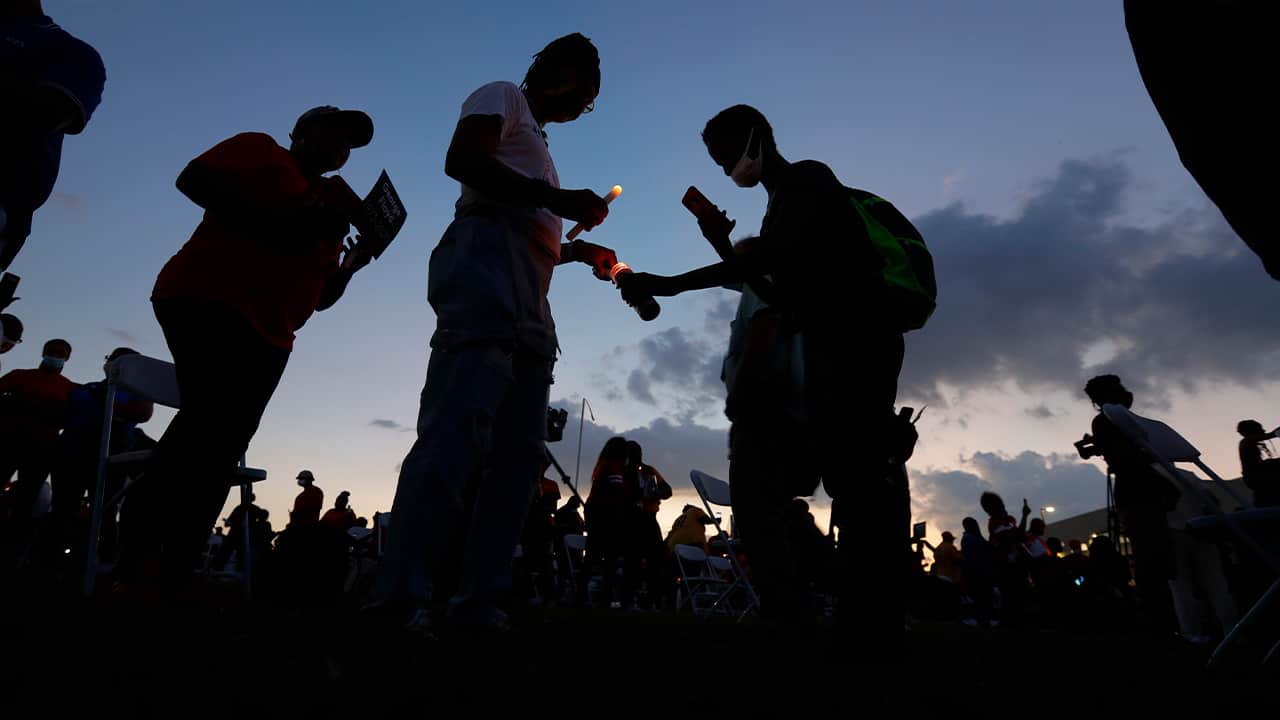 Local residents and Alumni of Jack Yates High School take part in a candle light vigil to honor George Floyd in Houston, Monday, June 8, 2020, in Houston. Floyd died after being restrained by Minneapolis Police officers on May 25.(AP Photo/Eric Gay)

Over the Past Six Days, Memorials for Floyd Were Held in Minneapolis

To be re-elected, President Donald Trump must rebound from one of the lowest points of his presidency, with recent polls showing that 8 in 10 Americans believe the country is headed in the wrong direction and even spiraling out of control.
Meanwhile, former Vice President Joe Biden, the Democratic candidate for president, met with Floyd’s family Monday, according to a photo posted on Twitter by the civil rights leader the Rev. Al Sharpton. Biden planned to provide a video message for Floyd’s funeral.
Over the past six days, memorials for Floyd were held in Minneapolis, where he lived in recent years, and Raeford, North Carolina, near where he was born.
The memorials have drawn the families of other black victims whose names have become part of the debate over race — among them Eric Garner, Michael Brown, Ahmaud Arbery and Trayvon Martin.
“It just hurts,” said Philonise Floyd, Floyd’s brother, sobbing as he ticked off some of their names outside the Fountain of Praise church in Houston. “We will get justice. We will get it. We will not let this door close.”
Across the U.S. Floyd’s death set off days of mostly peaceful demonstrations along with bursts of arson, assaults and smash-and-grab raids on businesses, with more than 10,000 people arrested. But protests in recent days have been overwhelmingly peaceful.
Four Minneapolis officers were arrested in Floyd’s death, which was captured on cellphone video by bystanders. Derek Chauvin, 44, was charged with second-degree murder. J Alexander Kueng, Thomas Lane and Tou Thao were charged with aiding and abetting. All four could get up to 40 years in prison.

Related Topics:funeralGeorge Floyd
Up Next