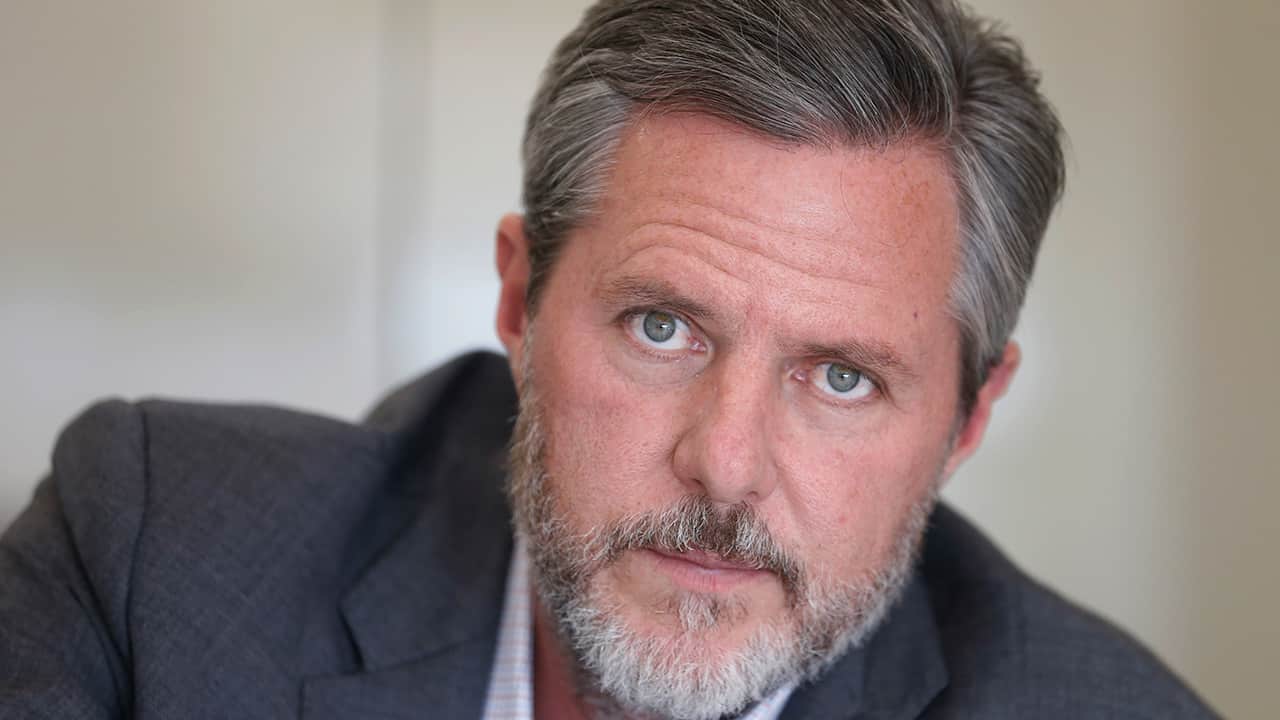 RICHMOND, Va. — Liberty University President Jerry Falwell Jr. apologized Monday for a tweet that included a racist photo that appeared on Gov. Ralph Northam’s medical school yearbook page decades ago.
“After listening to African American LU leaders and alumni over the past week and hearing their concerns, I understand that by tweeting an image to remind all of the governor’s racist past I actually refreshed the trauma that image had caused and offended some by using the image to make a political point,” he tweeted Monday.

After listening to African American LU leaders and alumni over the past week and hearing their concerns, I understand that by tweeting an image to remind all of the governor’s racist past (Part 1/3)

Falwell, a stalwart backer of President Donald Trump and the son of the late evangelist the Rev. Jerry Falwell, said he had deleted the tweet and apologized “for any hurt my effort caused, especially within the African American community.”
Falwell’s apology comes after nearly three dozen black alumni denounced him last week, writing in a letter that his rhetoric has “repeatedly violated and misrepresented” Christian principles. They said they would stop urging students to attend Liberty, would no longer donate to the university and would urge fellow people of faith to avoid speaking at the school unless Falwell changes his behavior or steps aside.
An online instructor for Liberty, a black pastor who also teaches at Ithaca College, also announced his resignation online in response to the tweet.
Organizers of last week’s alumni letter responded to Falwell’s apology with a note of thanks, adding that they “are hopeful that healing and reconciliation can” result from it. The alumni also sought a meeting to discuss further changes, including the involvement of more “ethnically diverse pastors and advisors” on Falwell’s leadership team and the school’s board of trustees.
In late May, Falwell tweeted his opposition to a mask mandate from Gov. Ralph Northam in order to help stop the spread of the coronavirus.

He Initially Shrugged off the African American Alumni’s Concerns

Falwell tweeted that he was “adamantly opposed” to the mask mandate “until I decided to design my own.” With it, he posted a picture of a mask bearing a racist photo that appeared on Northam’s medical yearbook page and — when made public last year — sparked a scandal that nearly forced him from office. The photo showed a person in blackface and another in a Ku Klux Klan costume.
Falwell told The Associated Press at the time that his comment about the blackface scandal was made in defense of Liberty students, including minorities, who would be affected by tuition assistance cuts in a budget passed by the state legislature and signed by Northam.
He initially shrugged off the African American alumni’s concerns, saying in an interview last week that “I don’t blame” them for speaking out but that they “don’t know all that context” he was attempting to share in the now-deleted tweet. He also defended his involvement in politics as in line with Christian values, saying that Jesus criticized “the establishment of his day.”
Whether Falwell’s apology quells what had become a growing tide of criticism of his leadership style and occasionally inflammatory comments remains an open question.
Kaitlyn Schiess, a 2016 Liberty graduate who now lives in Dallas, said the apology itself was a surprise. But she was skeptical that it would significantly “change the minds of anyone who’s already been incredibly frustrated by his political support of Donald Trump and a lot of the statements he’s made.”
Falwell’s reversal and apology also come as a growing number of evangelical groups align with peaceful demonstrations seeking action on racial justice in response to the police killing of George Floyd in Minneapolis. Mitt Romney of Utah became the first GOP senator to participate a march against police brutality on Sunday, joining a group of nonpartisan marchers, among them evangelical Christians.