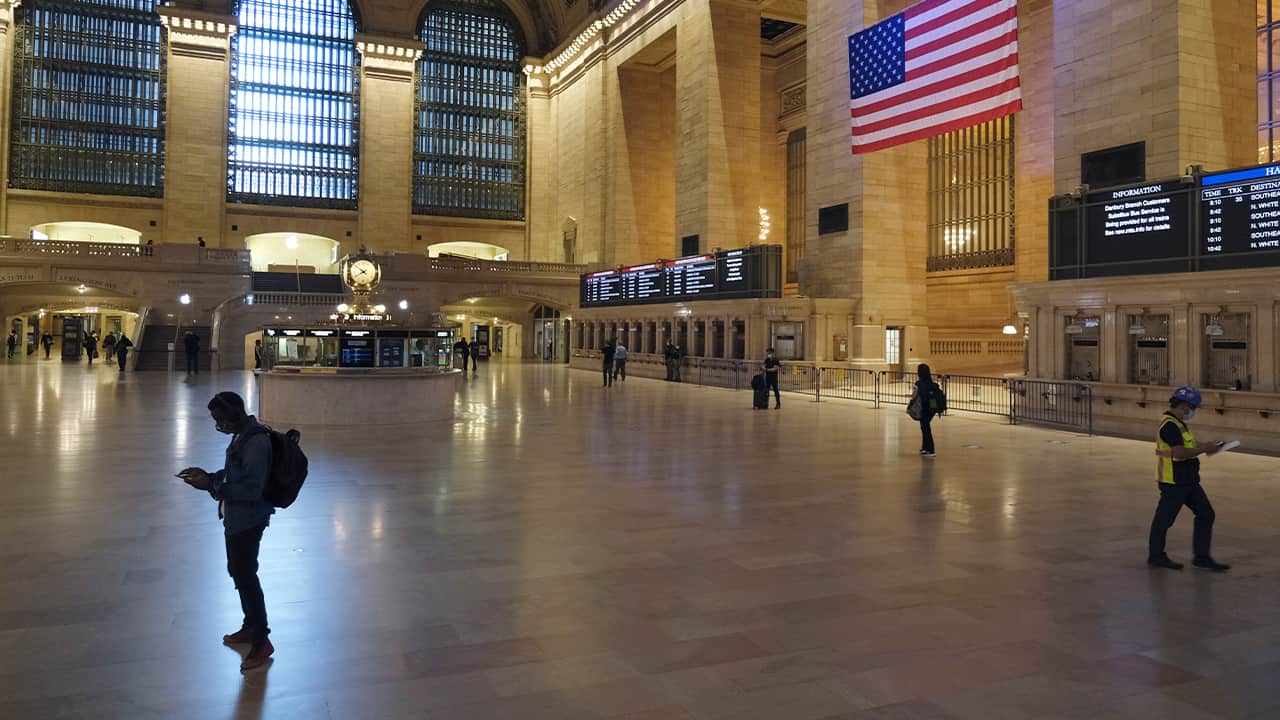 NEW YORK — Scarred by the deadliest coronavirus outbreak in the nation, New York City gradually began reopening Monday in a turning point in the three-month-long crisis and a life-and-death test of the city’s discipline. 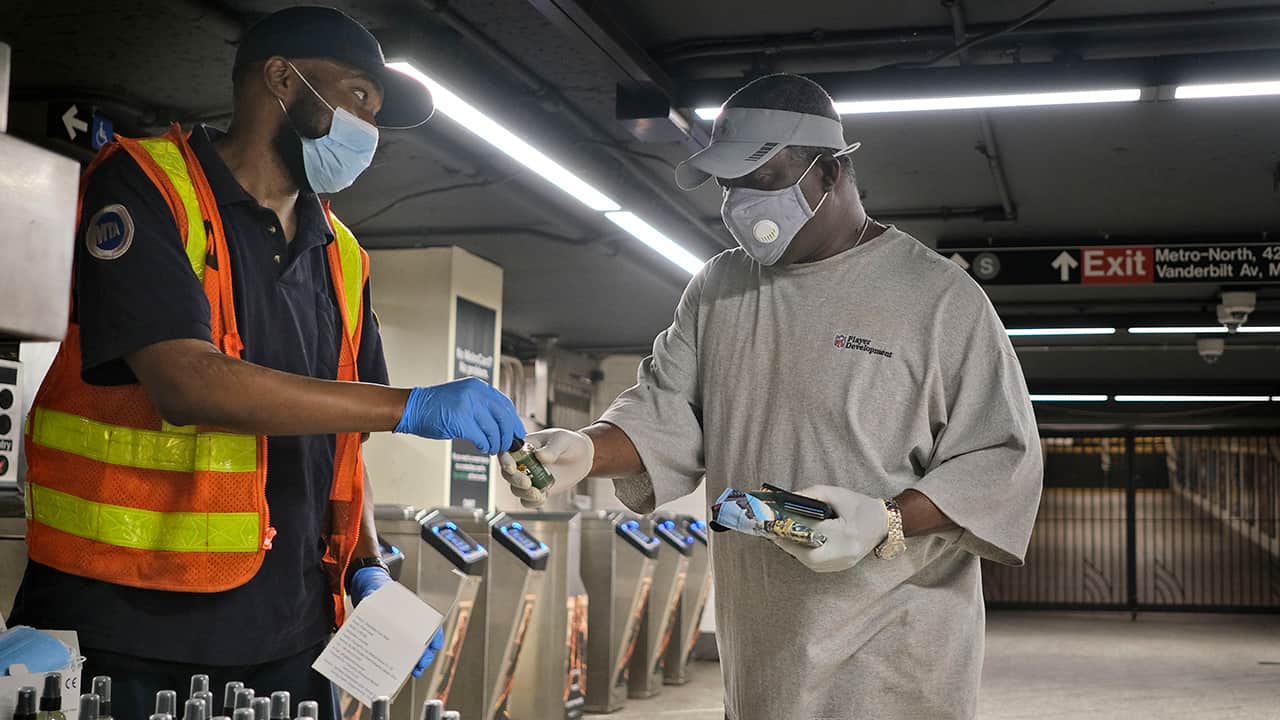 MTA employee Shawn Turner, left, gives away masks and hand sanitizer at the entrance to a subway station in New York, Monday, June 8, 2020. After three months of a coronavirus crisis followed by protests and unrest, New York City is trying to turn a page when a limited range of industries reopen Monday. (AP Photo/Seth Wenig)

“All eyes will be on New York this next couple of months,” said urban policy expert Jonathan Bowles, executive director of the Center for an Urban Future. “The city now has to prove that it really knows what it’s doing, that it can still be a dense city like New York and yet figure this out.”
Edwin Arce thinks the city can regroup. A chef at a Manhattan restaurant, he was heartened to see more customers than expected when it reopened for takeout and delivery.
“As a city, we are ready to be back, start going out, living life — with the new reality, though,” of masks and 6-foot (2-meter) separation, said Arce, 31.
Sam Solomon wonders how normal that will be.
“I don’t know if it’s ever going to be like it was,” said Solomon, 22, who has a health-related job. After months of relative isolation, “it’s going to be an adjustment being around so many people,” said the native New Yorker, who never thought she would have to get used to crowds.
Around the world, the coronavirus has killed more than 400,000 people, with the toll rising by thousands every day. The virus is sill raging in places like Brazil, which over the weekend stopped reporting its death toll. Its official count stood at more than 34,000, giving Brazil the third-highest number of dead in the world, behind the U.S. and Britain.
New York City, population 8.3 million, has already reawakened somewhat as warm weather drew people outdoors, more restaurants offered carryout service, and thousands of people marched in protest over the death of George Floyd at the hands of Minneapolis police.

As City Tries to Recover Economically, Will Virus Strike Back?

Subway ridership is ticking back up after plunging from 5.4 million rides per weekday in February to under 450,000 in April, the city’s transit agency says. Subway schedules are returning to normal, though there are signs showing riders how far apart to stand on platforms, and the 1 a.m.-to-5 a.m. shutdowns that began in May will continue so trains can be cleaned.