Protests Shift to Memorializing Floyd Amid Push for Change 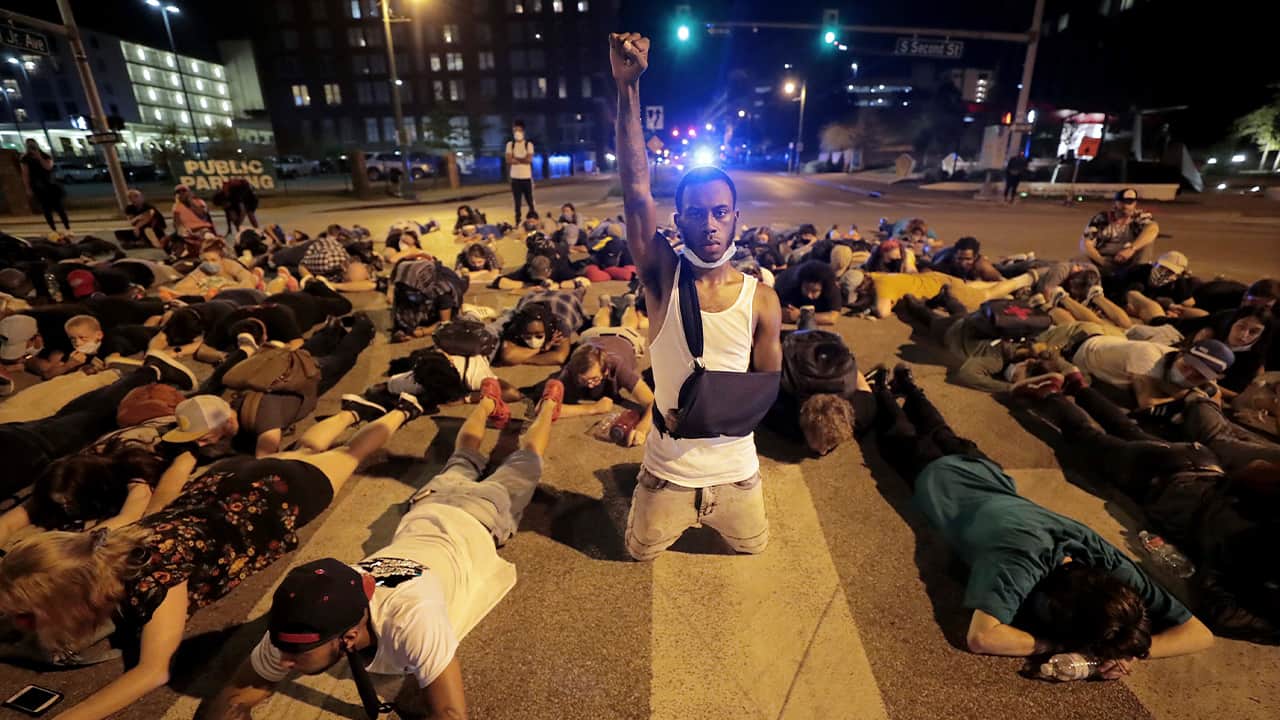 ATLANTA — The tenor of the protests set off by the death of George Floyd at the hands of police has taken a turn from the explosive anger that has fueled the setting of fires, breaking of windows and other violence to a quiet, yet more forceful, grassroots call for more to be done to address racial injustice.

As the Protests Have Taken Root, They Have Become Communities Unto Themselves.

In New York City, Miguel Fernandes said there were “a lot more nights to go” of marching because protesters hadn’t got what they wanted. And Floyd’s brother Terrence appeared in Brooklyn to carry on the fight for change, declaring “power to the people, all of us.”
At the first in a series of memorials for Floyd, the Rev. Al Sharpton urged those gathered Thursday “to stand up in George’s name and say, ‘Get your knee off our necks!’” Those at the Minneapolis tribute stood in silence for 8 minutes, 46 seconds — the amount of time Floyd was alleged to be on the ground under the control of police.
Sharpton vowed that this will become a movement to “change the whole system of justice.”
As the protests have taken root over the past week, they have become communities unto themselves.
In New York, where residents have been stuck at home for nearly three months because of the coronavirus pandemic, residents who can’t go to restaurants are happy to be able to go a protest. People bring their dogs and share snacks and water bottles. They have been heartened by police who have joined them.
“It’s great to be alive, it’s history right now,” said protester Kenyata Taylor.
In Atlanta, protester Nate Saint carried a sign that encouraged people to vote. He attributed the reduction in violence in part to police.
“Cops are recognizing that the more passive they become, the more receptive, the more they listen, the less the protesters are going to react,” he said.
A group of protesters stood near a line of police and National Guard troops. Some cursed officers. Others were seen talking to the officers. It was a different scene from last Friday, when the city experienced widespread vandalism and looting following a peaceful demonstration. 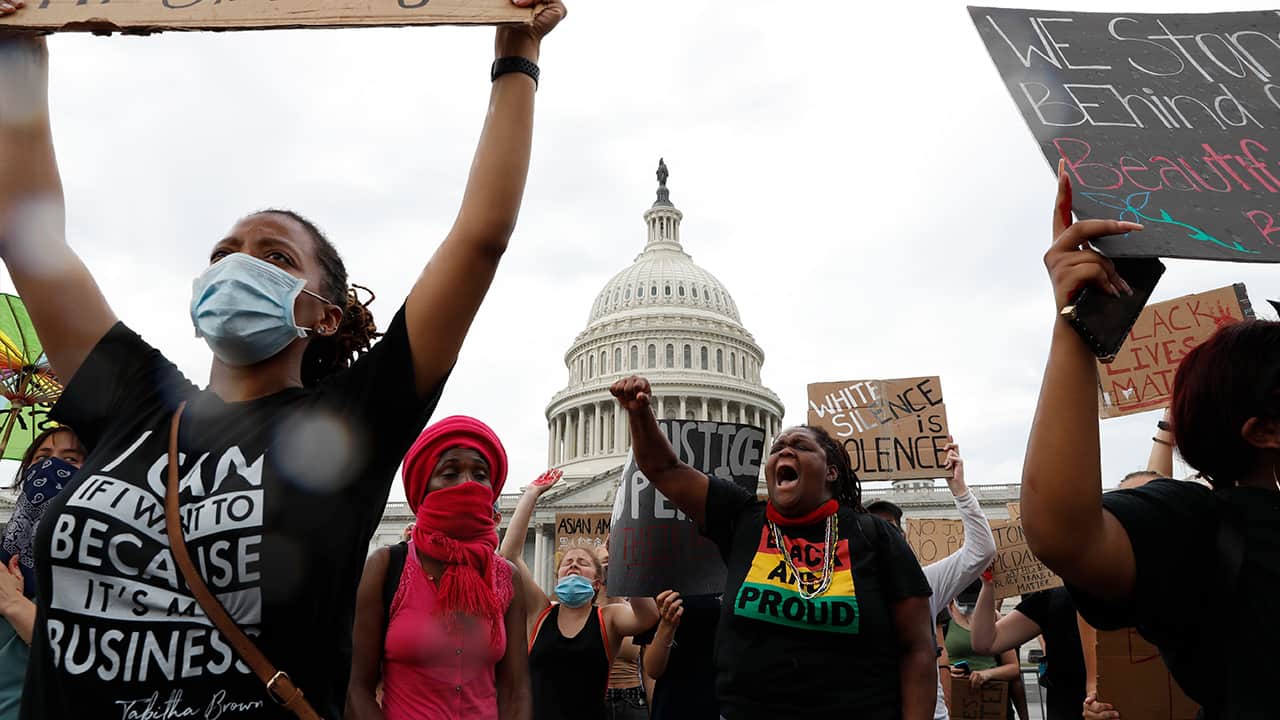 Dominique Bryant, 23, wearing the Black and Proud T-shirt, joins demonstrators as they protest the death of George Floyd, Wednesday, June 3, 2020, outside the U.S. Capitol in Washington. Floyd died after being restrained by Minneapolis police officers. (AP Photo/Jacquelyn Martin)

Protesters in Some Cities Have Seen Support From the Police Growing

There were still skirmishes in the Bronx and elsewhere. In Buffalo, a police commissioner suspended two officers after video from WBFO showed a man being shoved after walking up to police as they were enforcing a curfew Thursday night. The man appeared to hit his head on the pavement and blood leaked out as officers walked past. The man was hospitalized.
But in Texas, protesters cheered as Fort Worth officers joined the front of a march. Police in Austin also walked with dozens of members of the University of Texas football team as they made their way from campus to the state Capitol to honor Floyd’s memory. Once there, the group and police officers took a knee for nine minutes.
“This protest won’t just stop here,” junior safety Caden Sterns said. “To the white community … if you want change like you say you do, you must change. What I mean is, you must realize, and the oppressor must realize, you are oppressing.”
Protesters in some cities have seen support from the police growing. There have been instances of police kneeling and earlier this week in New York City, the crowd chanted for the officers who were standing in the distance to join them. One eventually did and told them they have support if they remain peaceful.
In Atlanta on Thursday, Mayor Keisha Lance Bottoms walked with protesters downtown and told the crowd through a megaphone that “there is something better on the other side of this.”
“We are in the midst of a movement in this country,” she said. “But it’s going to be incumbent upon all of us to be able to get together and articulate more than our anger. We got to be able to articulate what we want as our solutions.”

Mayor in Crisis: Role Shifts for LA's Garcetti Amid Unrest