Last week, the Young Dems issued a statement about police accountability after the death of George Floyd.

The letter referenced the 2017 police shooting death of 16-year-old Isiah Murrietta-Golding in Fresno. A video released last year showed Murrietta-Golding being shot from the back as he was running away from police. He later died.

While no police were charged in the incident, the family of Murrietta-Golding sued the city. The case is in federal court.

The letter wants Hall to hold his department accountable for that death.

“Until Chief Hall begins to hold his own department accountable, he should sit out any conversations about justice,” the letter says.

Hall issued a statement expressing his disgust in Floyd’s death. He’s also supported protest rallies in Fresno that have taken place since.

Our statement on this week’s events. #BlackLivesMatter pic.twitter.com/NtqUZYiqyj

Maxwell says the statement was the voice of the club’s executive board and not necessarily his opinion.

“As a councilmember-elect, I speak with a different voice, which is not necessarily reflected in an official statement of the Young Democrats,” Maxwell said.

He said the statement reflected the understandable frustration in the wake of Floyd’s death in Minneapolis.

“I am very relieved to see chief Andy Hall taking an active role and wanting to be a peaceful, moderating voice amid all the unrest happening in Fresno,” Maxwell said. “I’ve been very happy to see him come to the table and talk to the folks that feel like they haven’t had a voice for a long time. I think that’s the starting point to real change. I’m probably looking for more down the road as far as actual action.”

Councilman Nelson Esparza also serves on the Fresno Young Democrats executive board as its political director. He sees those roles as separate.

He added that everyone needs to be at the table when it comes to police reform.

“As a leader for us to make these tough decisions in my capacity as a council member, I stand by what I’ve always said throughout my campaign, throughout my tenure — we need everyone at the table,” Esparza said. “We’re not going to be making tough decisions on reform without discussing them with the department. We need information and questions answered.”

The Clovis City Council approved its $282 million budget for 2021 with a 5-0 vote. The realities of the COVID-19 pandemic are starting to set in.

Clovis will be $10 million in the hole. Various reductions will save $8 million, with $2 million from the emergency fund used to make up the balance.

The city calculated some savings by not hiring for open positions. One of the hardest-hit departments is police, where 14 vacant positions will not be filled, including nine officers. At 0.84 officers per 1,000 residents, it is the lowest for any California city with more than 100,000 people, according to city management. Fresno’s rate is approximately 1.6 officers per 1,000 residents. 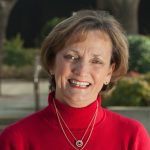 Also at the Clovis council this week, councilwoman Lynne Ashbeck took offense to a comment from her colleague about her calling into the meeting instead of attending in person.

The council was debating rules for letting residents keep backyard chickens. Ashbeck opposed but knew she would probably be at the losing end of the vote.

“Lynne, like most things, you have to be present to win,” said mayor Drew Besinger.

While the rest of the council laughed, Ashbeck did not.

The meeting continued, with no apology.