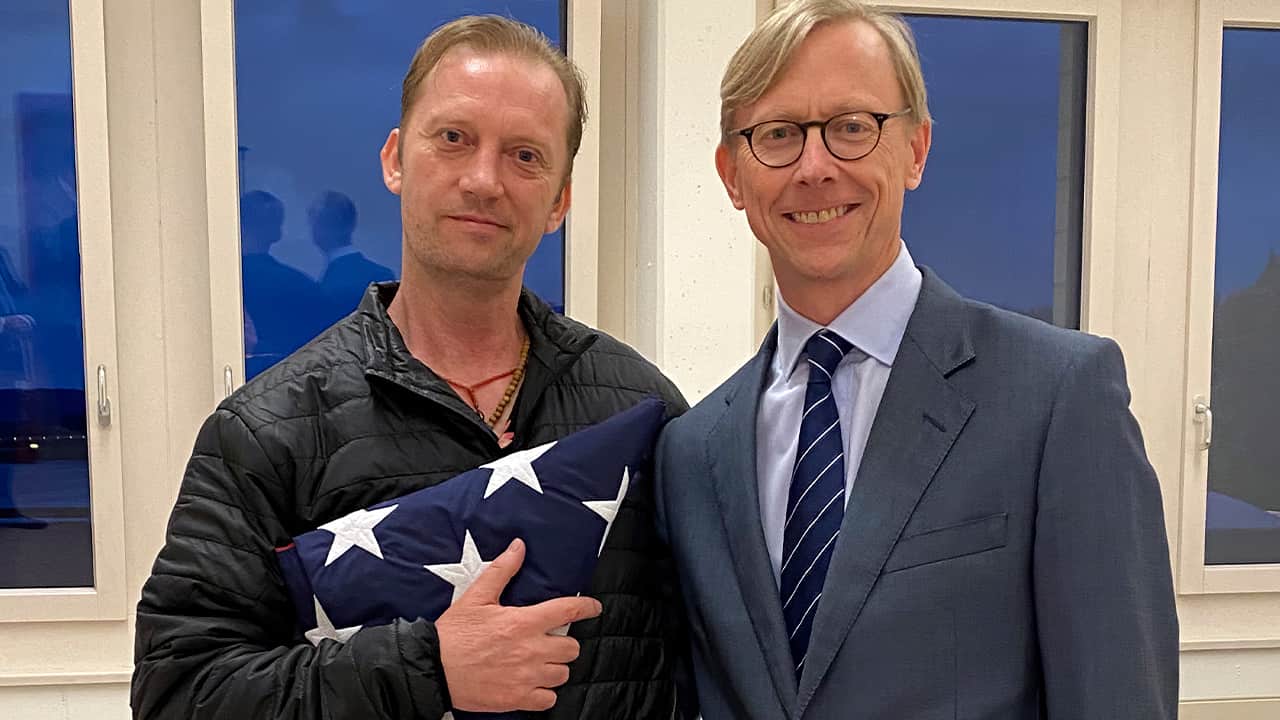 WASHINGTON — A U.S. Navy veteran whose family said his only crime was falling in love left Iran on Thursday after nearly two years of detention, winning his freedom as part of a deal that spared an American-Iranian physician from any additional time behind bars.

White’s Release Was Cheered by Trump

Taerri was charged with attempting to export a filter to Iran that he said was for vaccine research but that U.S. authorities said required a license because it could be used for chemical and biological warfare purposes. He was also accused of structuring a series of bank deposits below $10,000 to evade reporting requirements under federal law.
He pleaded guilty late last year and has already served months behind bars. But in April, he was permitted to be free on bond after the Justice Department withdrew its request to have him detained, citing what it said were significant foreign policy interests.
“The United States government and the government of Iran have been negotiating the release of a U.S. citizen held in Iranian custody,” Assistant U.S. Attorney Tracia King said at Thursday’s hearing. “This case, and more specifically the sentence recommendation, is directly related to these negotiations.”
A citizen of Iran and the United States, Taerri is permitted as part of his sentence to remain in America and to travel abroad.
White’s release was cheered by Trump, whose administration has said it considers the release of detainees and hostages a priority. “I will never stop working to secure the release of all Americans held hostage overseas!” he tweeted. He tweeted later in the day that he had spoken by phone with White.
In an interview with Fox News after his release, White praised Trump “for his efforts both diplomatically and otherwise” and said “he is making America great again.”
A spokesman for the White family, Jon Franks, said in a statement that the charges against White “were pretexts for a state-sponsored kidnap-for-ransom scheme.” He added: “The tragedy of this case is Michael’s only crime was falling in love with Iran and its people for whom he cares deeply.”
Despite widespread speculation, White’s release was not related to the recent deportation to Iran of Iranian scientist Sirous Asgari, the officials said.

White Was Released From Prison on a Medical Furlough

Iran’s foreign minister, Mohammad Javad Zarif, tweeted that such deals can “happen for all prisoners. No need for cherry picking. Iranian hostages held in — and on behalf of — the US should come home.” Trump also said the arrangement “shows a deal is possible.”

Related Topics:IranU.S. Navy
Up Next

On Sad Anniversary, Few to Mourn the D-Day Dead in Normandy