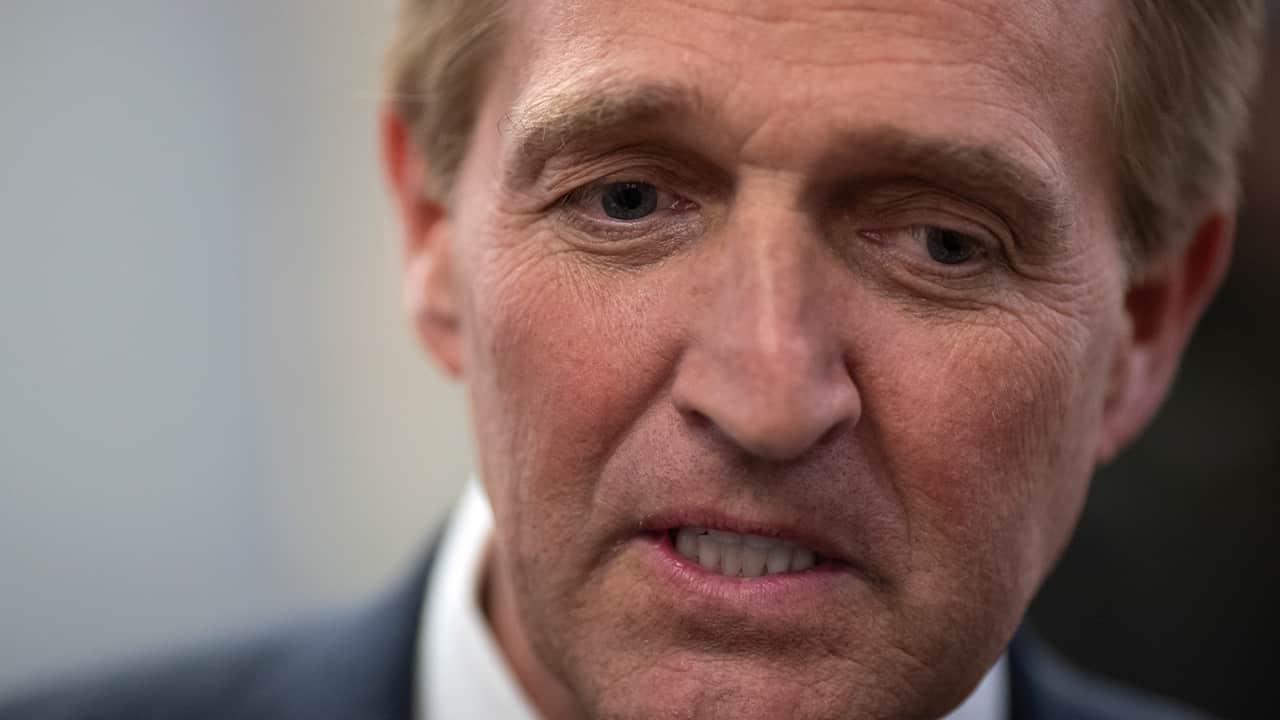 WASHINGTON — The Republican Party is facing a reckoning over some of its most divisive candidates. So far the results are mixed, and that’s dicey for the GOP as a country shuddering from coast-to-coast civic unrest hurtles toward November elections.
Republican leaders looking to broaden the party’s appeal were buoyed Tuesday when Iowans refused to renominate Rep. Steve King, known for racially incendiary comments.


“He’s driving away moderate Republicans and independents en masse. For Republicans who need to appeal to a broader base, it’s devastating.” — former Sen. Jeff Flake
But Secretary of State Mike Pompeo, their surest bet for derailing a Republican immigration hard-liner who might cost them a Senate seat from deep-red Kansas, definitively skipped that race on Monday.
And most seriously, President Donald Trump has exhibited little empathy as he’s taunted demonstrators as “thugs,” accused governors of being “weak” on protesters and threatened to deploy the military to their states. His tweets like “when the looting starts, the shooting starts” were noteworthy for their pugnacious tone as dozens of cities have been rocked by protests, some violent, over the killing of African Americans by police.
Trump is betting such tactics will make him look strong heading into the election. And Republicans often overlook Trump’s more controversial actions for fear of angering his passionate base. But this time, some worry about having such a polarizing leader atop the ticket during an unprecedented period that includes civil disturbances, the coronavirus pandemic and a collapsed economy.
“He’s driving away moderate Republicans and independents en masse,” former Sen. Jeff Flake, R-Ariz., who retired last year after clashing with Trump, said in an interview Wednesday. “For Republicans who need to appeal to a broader base, it’s devastating.”
Asked if Trump might alienate such voters, especially the suburban women who have already been abandoning the Trump-led GOP, reelection campaign spokesman Tim Murtaugh said city and suburban residents “deserve to be able to feel safe.” He said Trump has expressed disgust that George Floyd, a handcuffed black man, died last week in Minneapolis after a white officer held his knee against Floyd’s neck for several minutes.

But, Murtaugh added, “He is going to restore law and order, and all Americans should welcome that.”
The GOP argues that Democrats have polarizing figures of their own and often point to Sen. Bernie Sanders, I-Vt., and Rep. Alexandria Ocasio-Cortez, D-N.Y., to paint all Democrats as socialists. Democratic voters rejected Sanders this year as their presidential nominee in favor of the more moderate Joe Biden. And while Sanders and Ocasio-Cortez are prominent leaders, their call for “revolution” has often been more rhetorical than literal.
Republican leaders are taking steps to withhold support from candidates with extreme views.
House Minority Leader Kevin McCarthy, R-Calif., has pulled his backing for GOP House candidate Ted Howze in central California because of demeaning online posts about Muslims and Hillary Clinton, which Howze said he didn’t write. And leaders have distanced themselves from Oregon Republican Senate candidate Jo Rae Perkins, a supporter of the QAnon conspiracy theory that claims Trump is leading a secret campaign against “deep state” enemies and pedophiles.
With top Republicans laboring to expand the party’s appeal beyond white men, voters in northwestern Iowa removed one major irritant by rejecting King’s bid for a 10th House term. They instead nominated state Sen. Randy Feenstra, who was helped by spending from the establishment-oriented U.S. Chamber of Commerce and the Republican Main Street Partnership, likely rescuing the seat for the GOP.
King was stripped of committee assignments last year by House Republican leaders after he defended white nationalism. Rep. Tom Emmer, R-Minn., who chairs the House GOP’s campaign organization, said in a brief statement that Feenstra will “make Iowa proud” in Congress but avoided mentioning King.
In Kansas, Pompeo failed to file this week to become a Senate GOP candidate. That’s left Republican leaders figuring out how to keep conservative Kris Kobach, former Kansas secretary of state, from winning that party’s Aug. 4 primary. A competitive seat would make it harder for Republicans to defend their 53-47 Senate majority.
Kobach, who backs restrictive immigration and voting laws, lost a 2018 race for governor in the Republican-dominated state. National Republicans have said they believe they can head him off by backing an alternative, perhaps GOP Rep. Roger Marshall.

Biden Stepping Up Attacks on Trump

But they’ve been nervous that Marshall has raised only modest campaign funds and failed to push other rivals from the field. The Democratic Senate candidate will likely be Barbara Bollier, a state senator and former Republican who’s outraised all contenders.
That still leaves Trump.
Emmer, the House GOP campaign chairman, said people are nervous about safety and Trump’s stance will prove a winning November message.
“Suburban voters are just like voters in these core cities,” Emmer said in an interview. “They want to be protected. And they know that this president is all about making sure he restores law and order.”
Biden, meanwhile, is stepping up his attacks on Trump.
“He thinks division helps him,” Biden said Tuesday. He conjured Trump’s use of police to forcefully clear peaceful demonstrators away from a church near the White House on Monday so he could have his picture taken out front holding a Bible.
“If he opened it instead of brandishing it, he could have learned something,” Biden said.
Underscoring the hazards of Trump’s strong-armed tactics, several Republicans have criticized him for it. That’s rare for a president whom GOP lawmakers usually hesitate crossing for fear of angering his loyal conservative voters.
Sen. Ben Sasse, R-Neb., said he opposed using force for “a photo op that treats the Word of God as a political prop.” Sen. Susan Collins, R-Maine, facing a difficult reelection fight, said Trump “came across as unsympathetic and insensitive.”
Stuart Stevens, a Republican political consultant and Trump critic, said Trump’s tough-guy approach wouldn’t appeal to most voters.
“Let’s say there’s a fight on the football field,” said Stevens. “Do you admire the coach who runs in and starts punching?”

Related Topics:2020 ElectionGOPRepublican
Up Next