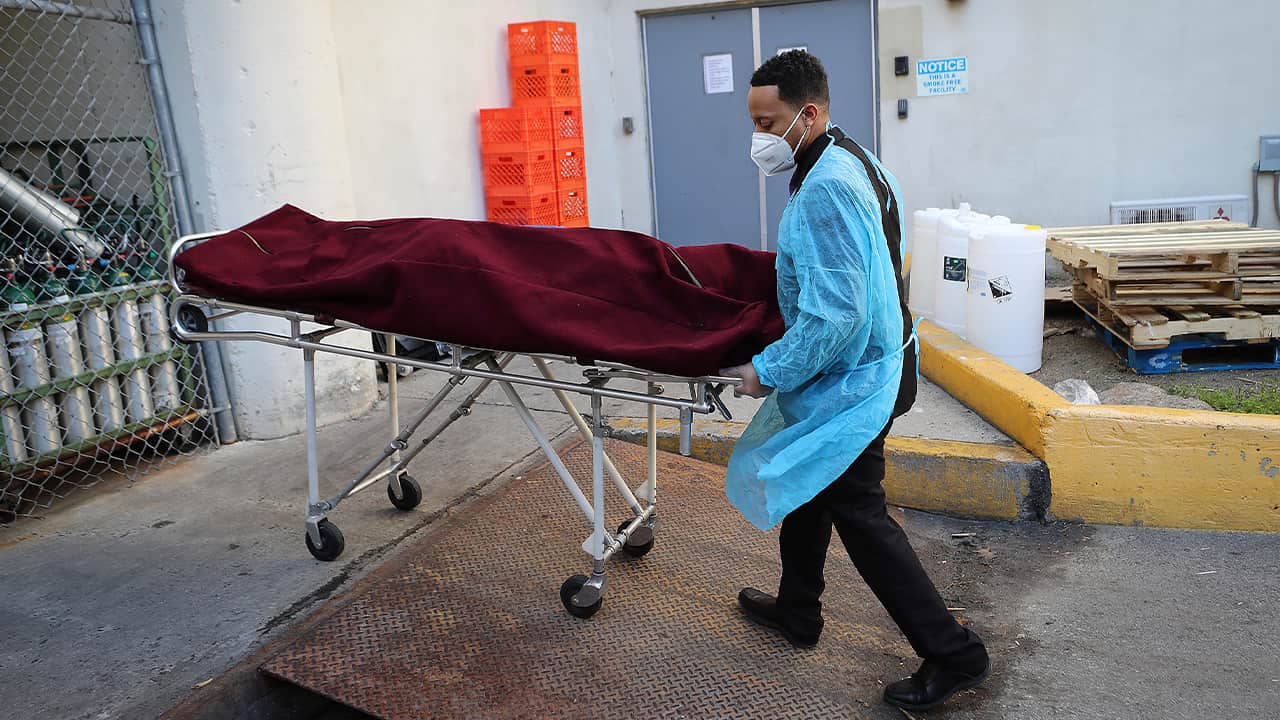 WASHINGTON — Nearly 26,000 nursing home residents in the United States have died from COVID-19, according to a report prepared for the nation’s governors, a number that is partial and likely to go higher.

The Carefree, Party Atmosphere That Surrounds the Keys

Richard Stanczyk, owner of Bud N’ Mary’s marina in Islamorada, said the 40 captains who operate fishing boats out of the 76-year-old business have had virtually no customers for weeks and welcomed the reopening of the area to visitors.
“There has been a real uptick in phone calls. There have been more charter bookings,” Stanczyk said. “We are encouraged. It’s going to come back.”
Yet the carefree, party atmosphere that surrounds the Keys and was popularized by singer Jimmy Buffet in songs like “Margaritaville” may not return for some time. The Monroe County Tourist Development Council made clear on its website that visitors must adhere to health guidelines.
“Bring facial coverings, gloves, hand sanitizer, reef-safe sunscreen and personal essential medicines. If you’re feeling unwell, please stay home,” it said.
Countries around the Mediterranean Sea also tentatively kicked off a summer season where tourists could bask in their famously sunny beaches with distancing measures in place.
“We are reopening a symbol. A symbol of Rome, a symbol for Italy,” said Alfonsina Russo, director of the Colosseum’s archaeological park. “(We are) restarting in a positive way, with a different pace, with a more sustainable tourism.”
Greece lifted lockdown measures for hotels, campsites, open-air cinemas, golf courses and public swimming pools, while b eaches and museums reopened in Turkey and bars, restaurants, cinemas and museums came back to life in the Netherlands.
“Today, we opened two rooms and tomorrow three. It’s like building an anthill,” Athens hotel owner Panos Betis said as employees wearing face masks tidied a rooftop restaurant and cleaned a window facing the ancient Acropolis. “Our aim now is to hang in there until 2021.”
A long line of masked visitors snaked outside the Vatican Museums, which include the Sistine Chapel, as they reopened for the first time in three months.

Around 6.19 Million Infections Have Been Reported Worldwide

The Vatican Museums’ famous keyholder — the “clavigero” who holds the keys to all the galleries on a big ring on his wrist — opened the gate in a sign both symbolic and literal that the Museums were back in business. Still, strict crowd control measures were in place: Visitors needed reservations to visit, their temperatures were taken before entering and masks were mandatory.