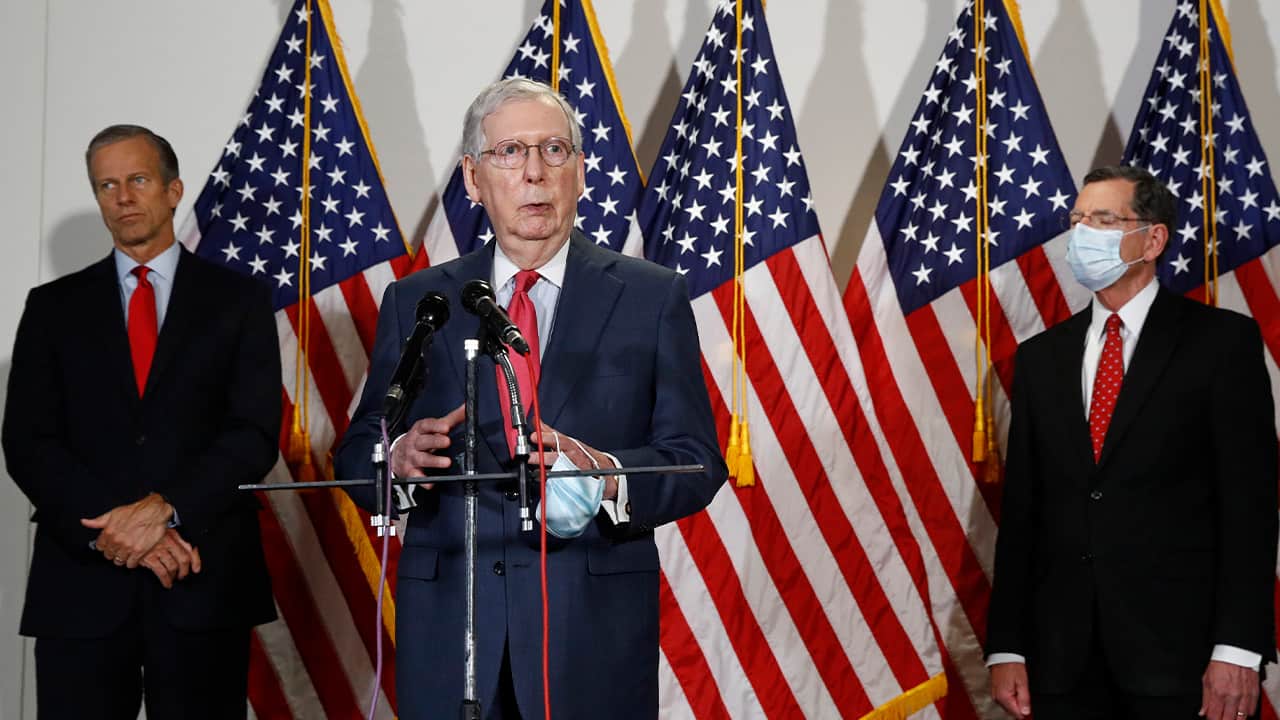 Wading into a politically charged issue, Senate Majority Leader Mitch McConnell on Thursday preached the importance of wearing masks in public as the nation’s economy reopens from the “cataclysmic” damage inflicted by the coronavirus pandemic.

“There should be no stigma attached to wearing a mask. And even among age groups that are least likely to either contract this disease or die from it, you could be a carrier. So I think what we all need to do is say, ‘OK, I’m going to take responsibility not only for myself but for others.’” — Senate Majority Leader Mitch McConnell

During a tour of hospitals this week in his home state of Kentucky, the Republican leader has stressed wearing masks in public and following social distancing guidelines.

“There should be no stigma attached to wearing a mask,” McConnell said during an appearance in Owensboro. “And even among age groups that are least likely to either contract this disease or die from it, you could be a carrier. So I think what we all need to do is say, ‘OK, I’m going to take responsibility not only for myself but for others.’”

McConnell, who is in his late 70s and is in the midst of his own reelection campaign, has worn masks at his appearances. On Thursday, he stuffed the face covering into his coat jacket to speak. He donned it again afterward.

His mask-wearing is in stark contrast to the unwillingness of a key political ally to do so. President Donald Trump has refused to wear face coverings, and polls find that conservative Americans are more likely to forgo them. McConnell did not mention the president while touting the use of masks.

Kentucky Gov. Andy Beshear has repeatedly stressed the use of masks as people increasingly venture out as the economy gradually gets rebooted.

“This is not a battle between political parties or ideologies,” the Democratic governor said recently. “It’s plain, basic public health guidance that’s out there from the CDC and from everywhere else. It’s the same guidance on the federal and on the state level. And it’s just smart, right?” 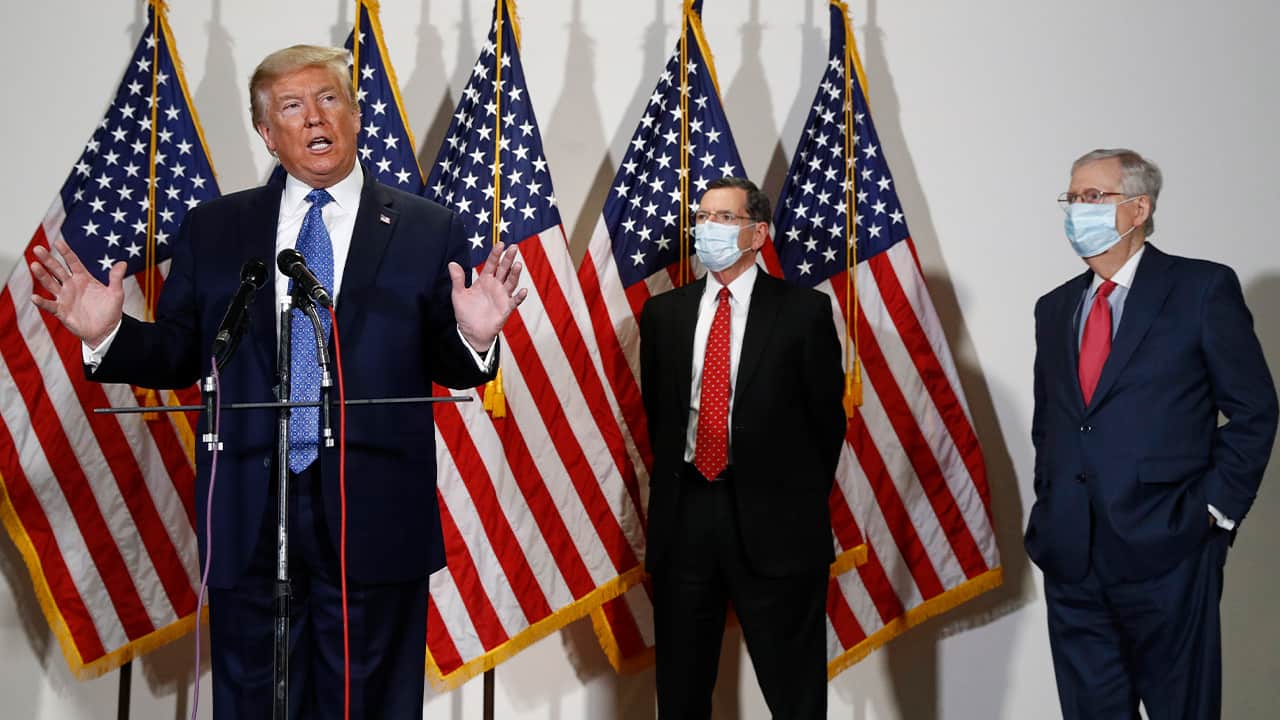 Even as government restrictions to combat the virus are easing, the fallout reached a flashpoint in Kentucky last weekend when armed protesters gathered at the State Capitol. Protesters swarmed outside the Governor’s Mansion and hanged Beshear in effigy near the statehouse.

The rally was billed as a defense of constitutional rights, including the right to bear arms, but turned into a protest against coronavirus restrictions and Beshear’s administration, according to media reports. Beshear condemned the rally and vowed not to back down. McConnell denounced the protesters’ actions as “completely outrageous and unacceptable.”

On Thursday, McConnell termed the pandemic as a “cataclysmic event” for the economy as businesses shuttered to try to contain the disease.

The senator listed three factors he said were key to getting back to “full normalcy” from the health crisis — testing, treatment and a vaccine. He said earlier in the week that “the ultimate solution” is getting a vaccine developed and into circulation as quickly as possible. McConnell said he was upbeat about those prospects after speaking recently with pharmaceutical executives.

“We’re going to get on top of this at warp speed compared to any other serious virus that the world has been afflicted with in the past,” he said Thursday.

McConnell, who is seeking a seventh term this year, has toured hospitals to thank health care workers for battling the virus and to tout federal virus-relief aid sent to Kentucky. The events were his first public appearances in the Bluegrass State since mid-March due to the pandemic.