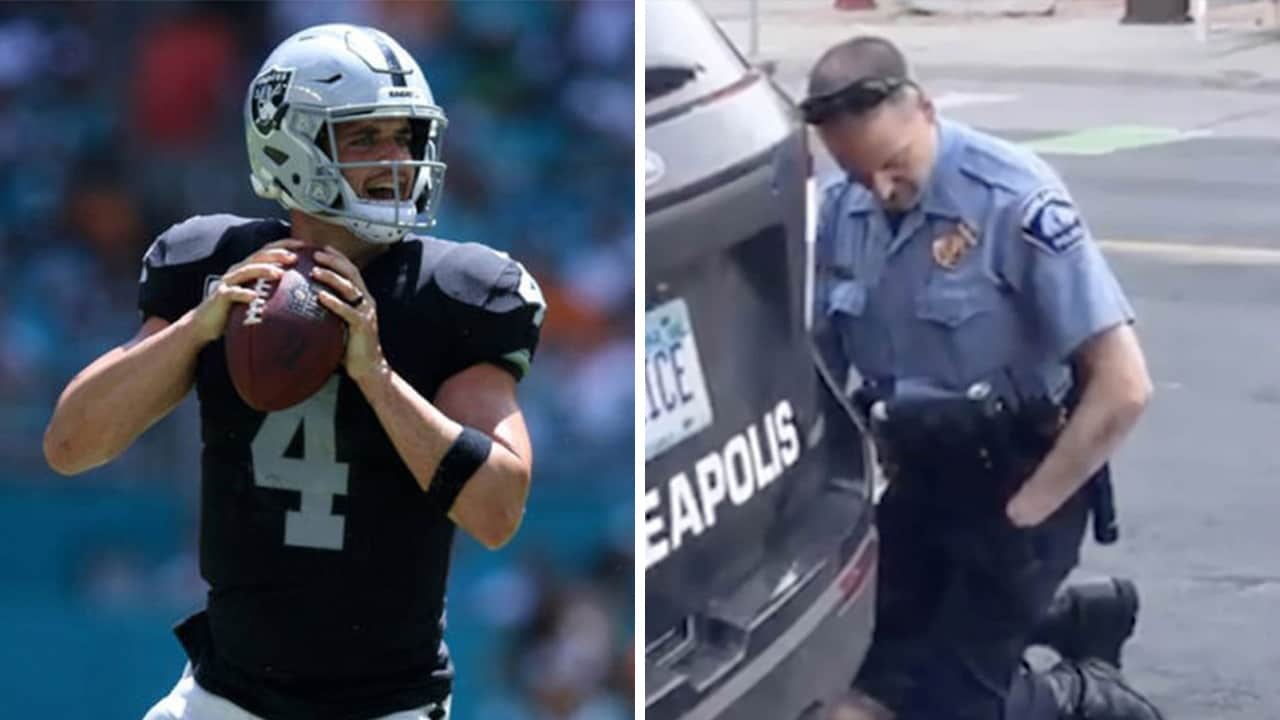 Las Vegas Raiders quarterback Derek Carr used his platform as a high-profile Christian athlete Friday to denounce the death of George Floyd and call for the end of racism and hate in America.

“I don’t know what it’s like to have a different skin color so I won’t pretend to know,” Carr said in a Twitter post. “My mentor and friends have told me stories, and it breaks my heart to hear some of the things that have happened.”

“My initial thought on the video of George Floyd made me disgusted, mad, and broken-hearted,” Carr said. “Anytime someone loses their life it’s a terrible thing especially when it could have been prevented. My opinions won’t make a difference on how that should have been handled better, but I do think my platform can be used to help.”

Related Story: George Floyd and Derek Chauvin, the Officer Involved in His Death, Were ...

Raise Your Children to Love Everyone

Carr talked about how he was “raised to love everyone no matter their gender, skin color, political beliefs, socioeconomic background, or religious beliefs. This is exactly how my children are and will be raised as well.”

The quarterback said that he posted his views on social media in the hope that “anyone who reads this will do the same for their families.”

He concluded with a call for the United States to live up to its ideals and to be a model for nations around the world.

“The division and hate (have) to end,” Carr said. “My hope is that our country would someday be the place other nations look to for unity. God bless you.”

“I think there’s no explanation for it … a man in handcuffs, on the ground, who is clearly detained and clearly saying (he’s) in distress. … I just don’t understand how that situation can’t be remedied in a way that doesn’t end in his death.”

Tennessee Titans quarterback Ryan Tannehill said in a Wednesday tweet: “Everyone deserves to feel safe & protected in their communities … it’s on us to use our voices and actions to make that happen.”

Los Angeles Lakers star LeBron James’ Instagram post on Tuesday featured a photo of the police officer kneeling on Floyd’s neck alongside a photo of former NFL quarterback Colin Kaepernick kneeling during the National Anthem. His caption: “Do you understand NOW!!??!!?? Or is it still blurred to you?? #StayWoke” 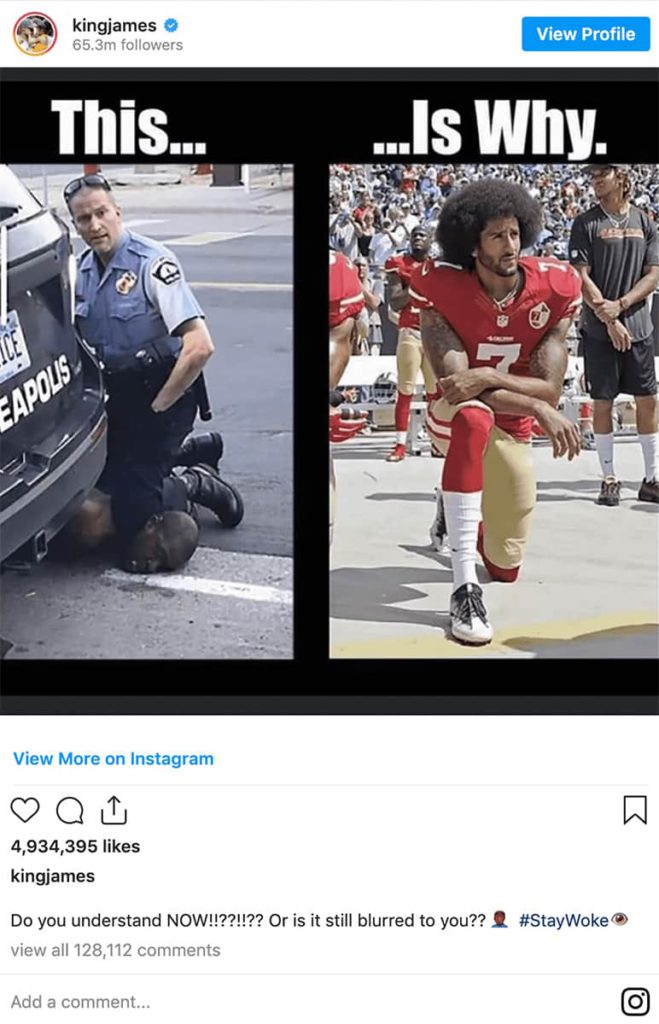