MINNEAPOLIS — The Minneapolis officer who was seen on video kneeling on the neck of George Floyd, a handcuffed black man who died in custody after pleading that he could not breathe, was arrested Friday.

The arrest comes after three days of protests, which escalated in violence as demonstrators torched a police precinct that had been abandoned by officers. 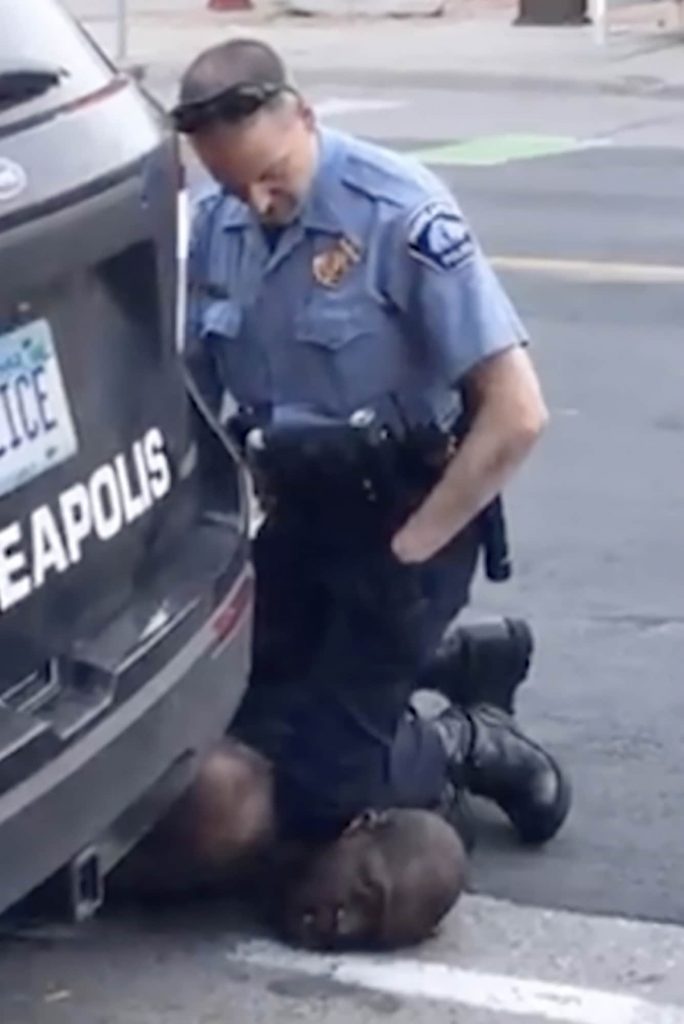 In this Monday, May 25, 2020, frame from video provided by Darnella Frazier, a Minneapolis officer kneels on the neck of a handcuffed man who was pleading that he could not breathe in Minneapolis. (Darnella Frazier via AP)

With smoke drifting over Minneapolis, Minnesota Gov. Tim Walz on Friday acknowledged the “abject failure” of the response to this week’s violent protests and called for swift justice for police involved in Floyd’s death.

Walz said the state would take over the response and that it’s time to show respect and dignity to those who are suffering.

“Minneapolis and St. Paul are on fire. The fire is still smoldering in our streets. The ashes are symbolic of decades and generations of pain, of anguish unheard,” Walz said, adding. “Now generations of pain is manifesting itself in front of the world — and the world is watching.”

The governor cited a call he received from a state senator who described her district “on fire, no police, no firefighters, no social control, constituents locked in houses wondering what they were going to do. That is an abject failure that cannot happen.”