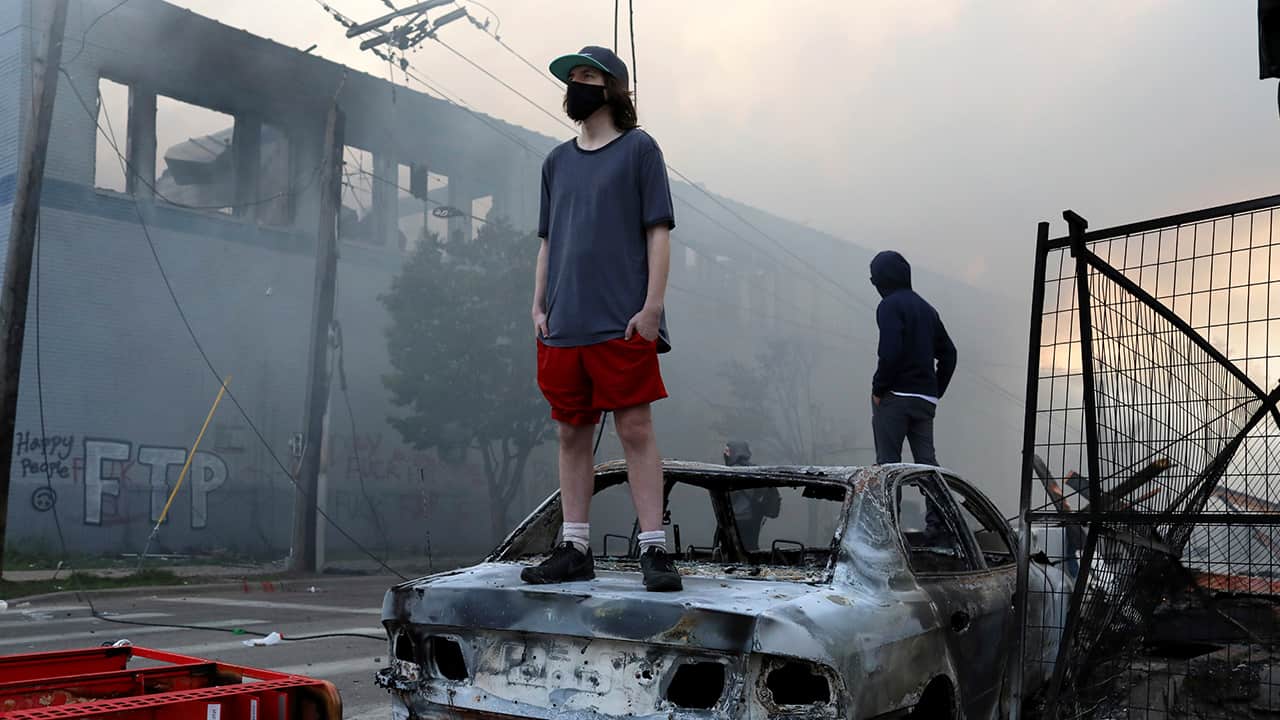 MINNEAPOLIS — Violent protests over the death of a black man in police custody rocked a Minneapolis neighborhood for a second straight night as angry crowds looted stores, set fires and left a path of damage that stretched for miles. The mayor asked the governor to activate the National Guard.

The protests that began late Wednesday and stretched into Thursday morning were the most destructive yet since the death of George Floyd, who was seen on video gasping for breath during an arrest in which an officer kneeled on his neck for almost eight minutes. In the footage, George pleads that he cannot breathe and slowly stops talking and moving.

Protests also spread to other U.S. cities. In California, hundreds of people protesting Floyd’s death blocked a Los Angeles freeway and shattered windows of California Highway Patrol cruisers. Memphis police blocked a main thoroughfare after a racially mixed group of protesters gathered outside a police precinct. The situation intensified later in the night, with police donning riot gear and protesters standing shoulder-to-shoulder in front of officers stationed behind a barricade.

Minneapolis police said the violence contrasted sharply with a peaceful demonstration Tuesday afternoon at the street corner where Floyd died.

“They were chanting for things to remain peaceful,” police spokesman John Elder said. “Tonight didn’t have the same feel. And that’s sad.”

Pockets of looting continued Thursday at Minneapolis stores where windows and doors were smashed. Television station KSTP reported that some fires at businesses burned with no firefighters on the scene. A liquor store employee displayed a gun as he stood among the debris of broken bottles and beer cans inside the business.

Amid the violence, a man was found fatally shot Wednesday night near a pawn shop, possibly by the owner, authorities said. 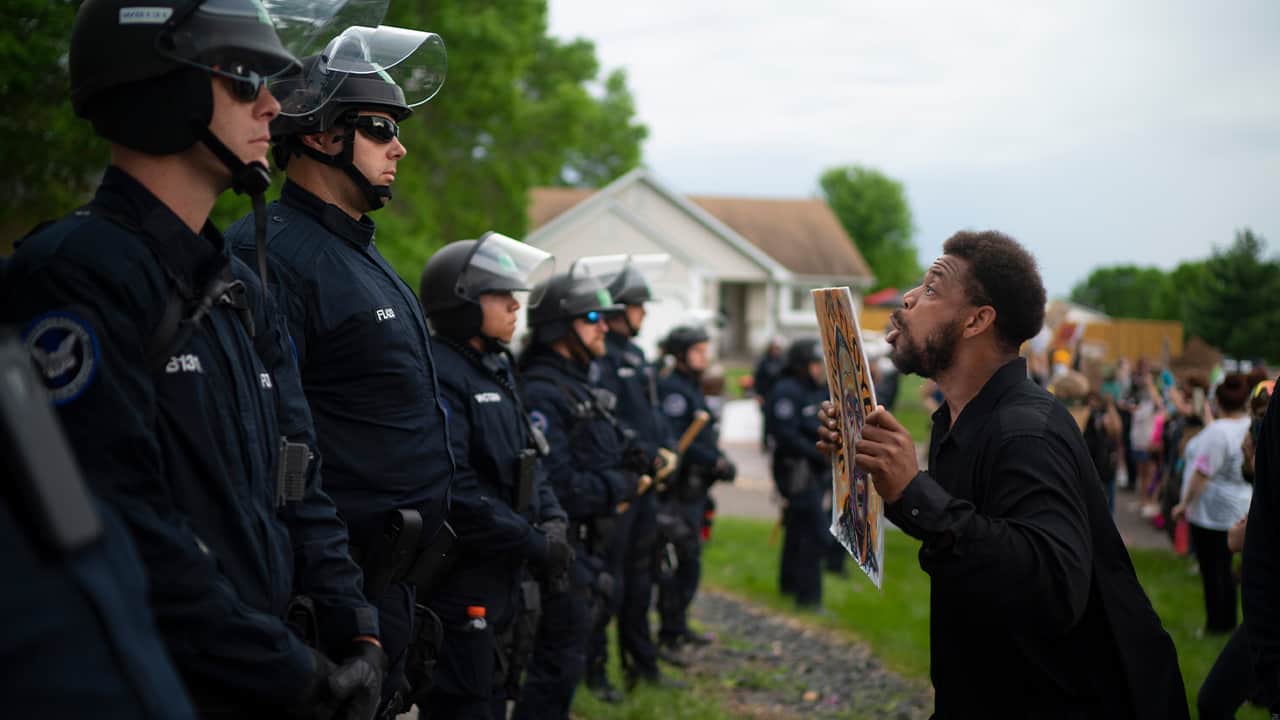 A demonstrator holding a sign jumps up and down so police officers behind the front lines could see it, outside the Oakdale, Minn,, home of fired Minneapolis police Officer Derek Chauvin on Wednesday evening, May 27, 2020. The mayor of Minneapolis called Wednesday for criminal charges against the white police officer seen on video kneeling against the neck of Floyd George, a handcuffed black man who complained that he could not breathe and died in police custody. (Jeff Wheeler/Star Tribune via AP)

By Thursday Morning, Smoke Hung Over the City

Fire crews responded to about 30 intentionally set blazes during the protests, including at least 16 structure fires, and multiple fire trucks were damaged by rocks and other projectiles, the fire department said. No one was hurt by the blazes.

Protesters began gathering Wednesday afternoon near the city’s 3rd Precinct station, in the southern part of the city, where the 46-year-old Floyd died on Memorial Day as police arrested him outside a convenience store on a report of a counterfeit bill being passed. Protesters also skirmished with officers, who fired rubber bullets and tear gas in a repeat of Tuesday night’s confrontation.

By Thursday morning, smoke hung over the city, and looters carried merchandise from a damaged Target store with no interference by police. Video of the store’s interior showed empty clothing racks and shelves and debris strewn about. Obscenities were spray-painted on the outside of the store.

The U.S. Attorney’s Office and the FBI in Minneapolis said Thursday they were conducting “a robust criminal investigation” into Floyd’s death and making the case a priority. The announcement came a day after President Donald Trump tweeted that he had asked an investigation to be expedited.

The FBI had already announced that it would investigate whether Floyd’s civil rights were violated.

The officer who kneeled on Floyd and three others were fired Tuesday. On Wednesday, the mayor called for him to be criminally charged.

Frey appealed to Gov. Tim Walz to activate the National Guard, a spokesman confirmed Thursday. The governor’s office did not immediately respond to a request for comment. Walz tweeted for calm Wednesday night, calling the violence “an extremely dangerous situation” and urging people to leave the scene.

Officers responding to a reported stabbing near the protests found a man lying on the sidewalk Wednesday night with a bullet wound, police spokesman John Elder said. The man was pronounced dead at a hospital. Elder said a suspect was in custody and that the facts leading up to the shooting were “still being sorted out.”

AP-NORC Poll: Half of Americans Would Get a COVID-19 Vaccine