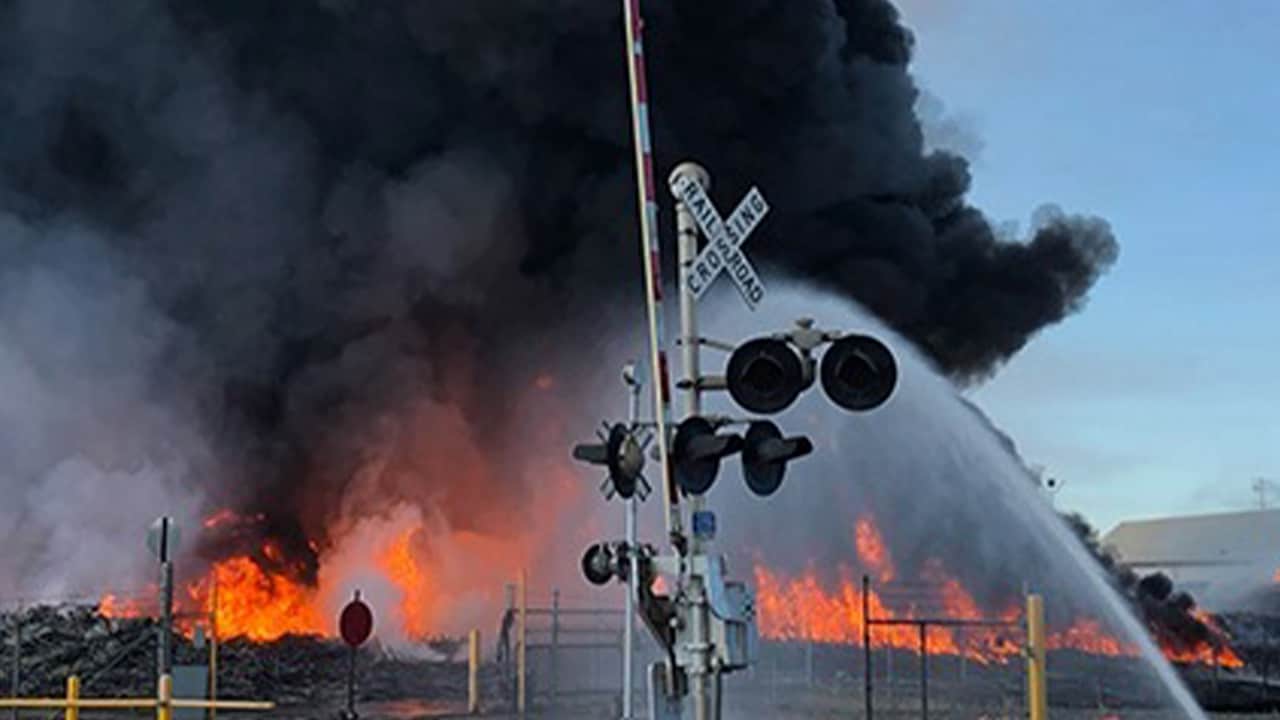 STOCKTON — Fire crews are battling a large fire at a tomato processing plant in Stockton.

Stockton Fire said on social media that roughly 1.5 acres of plastic pallets were burning Tuesday and drivers are asked to avoid the area. Fire officials say it is a 5-alarm blaze.

No one has been injured although one firefighter was taken to a hospital with heat exhaustion, the fire department said. The processing plant is safe. Photos show thick black smoke spiraling from the plant.

Wayne Burke, who lives near the Mizkan America tomato packing facility, was using a garden hose to water the side and roof of his house, as well as trees and plants in his yard, The Record of Stockton reported.

Water landing on the street immediately turned into steam upon making contact with the pavement.

“Now I know what a pig at a luau feels like,” Burke told the newspaper.

It’s not known how the fire started.

‘Fresno, Out!’ Basketball Video Seen by Millions on Twitter

Consumer Confidence Up Slightly but Remains Near 6-Year Low