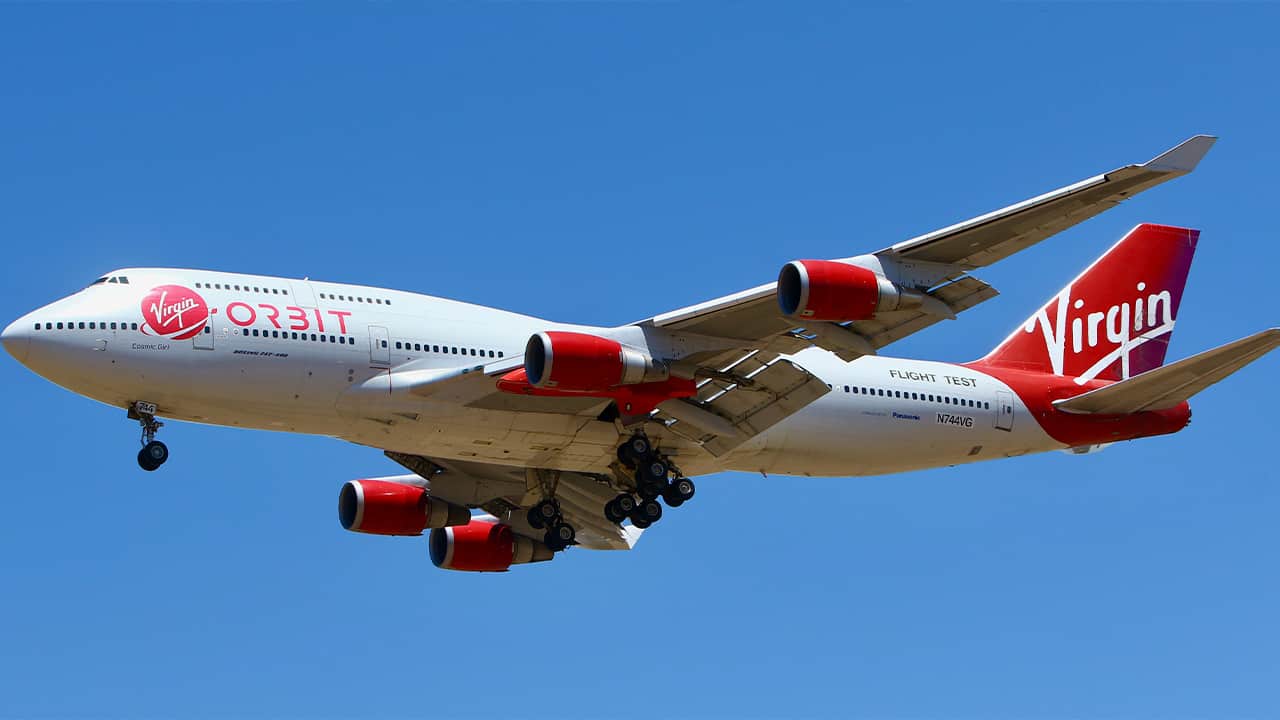 LOS ANGELES — Richard Branson’s Virgin Orbit failed Monday in its first test launch of a new rocket carried aloft by a Boeing 747 and released over the Pacific Ocean off the coast of Southern California.

The inaugural launch had appeared to be going well until moments after the rocket was dropped from beneath the left wing of the jumbo jet dubbed Cosmic Girl.

“We’ve confirmed a clean release from the aircraft. However, the mission terminated shortly into the flight. Cosmic Girl and our flight crew are safe and returning to base,” Virgin Orbit said in its official Twitter commentary on the launch.

There was no immediate word on what went wrong with the rocket, which carried a test satellite.

Will Pomerantz, Virgin Orbit’s vice president for special projects, commented during a preflight briefing Saturday that about half of first rocket launches fail.

“History is not terribly kind, necessarily, to maiden flights,” he said.

Chief Executive Officer Dan Hart said during the briefing that there had been numerous tests, discussions and introspection to verify that the system was ready.

“In the end the questions are always, has everything been thought about and are there any gaps or seams, and those are the questions you only learn when you commit to flight,” Hart said.

Purpose of Flight Was to Gather Data on Launch Process

The highly modified jumbo jet took off from Mojave Air and Space Por t in the desert north of Los Angeles and flew out just beyond the Channel Islands, where the drop occurred.

The rocket was supposed to fall for a few seconds before the first of its two stages ignited and hurtled it down the coast toward the South Pole for insertion of its demonstration payload into a low Earth orbit.

The purpose of the flight was to gather data on every step of the launch process rather than to have a useful satellite in orbit; the demonstration payload was described as an inert mass and the intended orbit was very low to avoid contributing to the problem of space junk.

The attempt followed five years of development of the 70-foot-long (21.3 meter) LauncherOne rocket.

How long the setback will affect the company was not immediately clear. It has six additional rockets under construction in its factory.

“The team’s already hard at work digging into the data, and we’re eager to hop into our next big test ASAP,” the company tweeted. “Thankfully, instead of waiting until after our 1st flight to tackle our 2nd rocket, we’ve already completed a ton of work to get us back in the air and keep moving forward.”

A successful launch by Virgin Orbit would have marked a dramatic step in getting back on track after the coronavirus pandemic sent most employees home earlier this year while work spaces, procedures and mission control were adjusted.

Virgin Orbit is targeting the market for launching satellites ranging in size from toasters to household refrigerators.

The time is right for the small satellite launch market, Hart said on Saturday.

Technology advancements have enabled satellites much smaller than traditional payloads to do “real work” in space, typically from low Earth orbit, and for markets ranging from commercial to national security, he said.

While other companies are developing rockets for the small satellite market and builders of big rockets like SpaceX can carry them into orbit in a ride-share arrangement with large satellites, Virgin Orbit’s air launch system based on the aviation industry’s workhorse 747 is intended to put a satellite up when and where a customer needs it, Hart said.

“We can fly to space from any place that can host a 747, which is almost any place,” he said.

Virgin Orbit says it has dozens of missions on the books for customers including the U.S. Space Force and the Royal Air Force. Internationally, it is working on plans for launches from the United Kingdom and Japan.

Hart did not provide a specific dollar value for the missions it has on the books but characterized it as “hundreds of millions.”

Air launch technology dates back decades, including use by X-15 rocket planes in the 1950s and ’60s. For satellites the method is currently in use by what is now Northrop Grumman’s Pegasus rocket program, which has had several dozen launches since 1990.

Virgin Orbit, headquartered in Long Beach, California, began as a sister company of Virgin Galactic but has since separated. Virgin Galactic is preparing to begin flights carrying passengers into the lower reaches of space from southern New Mexico.

Related Topics:orbitrocket launch
Up Next