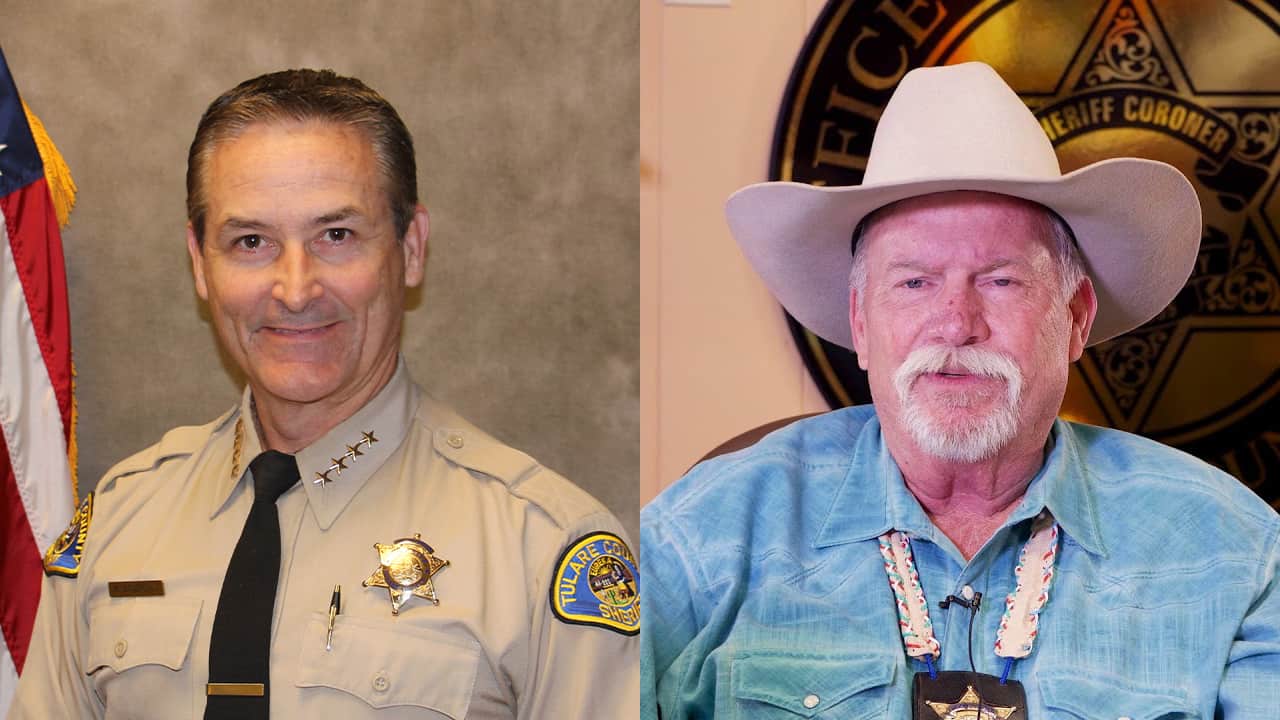 Fresno County Sheriff Margaret Mims got the ball rolling in the Valley when she told a local radio host last week that she wasn’t enforcing COVID-19 stay-at-home orders.

Merced County Sheriff Vern Warnke followed on Saturday with a Facebook post stating that his office wouldn’t enforce the state’s orders either.

And, on Sunday, Tulare County Sheriff Mike Boudreaux used Twitter to announce that “I will not enforce stay at home orders.”

I received a call from a Church goer asking if they could hold services. As Sheriff I will not enforce stay at home orders. I explained the importance of a good social distancing plan which they agreed. MJ stores open but churches closed don’t add up. Enjoy your first amendment.

According to the Marshall Project, at least 60 sheriffs in a dozen states publicly opposing COVID-19 restrictions issued by governors. The project says there are likely many more sheriffs quietly declining to enforce the orders.

“When this Pandemic first came to light and our nation took the stance to ‘shelter in place’ I was skeptical but supported any effort to protect our citizens from this disease. This included having to deal with a local church pastor who defied his order. As time marched on, it became very apparent that decisions were being made on what ‘could happen’ but hasn’t come close to the ‘predictions’ that are being fed to our citizens,” he said.

The sheriff also said that he disagreed with Gov. Gavin Newsom’s decision to let inmates out of jail in an effort to stop them from contracting the coronavirus.

“As the Governor has also directed the Sheriff’s to release felons onto our streets and (law enforcement) in general to completely disregard the safety of our citizens by not allowing most felons from even being booked but then wants us in (law enforcement) to arrest people for standing closer than 6 feet or worshiping their religious beliefs in a building. My decision is based on the Constitutional Rights afforded our citizens and I as the Constitutional Law Enforcement Authority in Merced County, I am here to uphold them.”

Although Newsom’s March 19 order carried the force of law and breaking it could result in a misdemeanor, the governor stated that he didn’t think enforcement would be necessary. He also expressed confidence that people would voluntarily comply.

On Monday, Newsom announced the easing of COVID-19 shutdown benchmarks that could result in 53 of the state’s 58 counties moving forward quickly on reopening their economies.

The new criteria eliminate requirements that a county have no deaths and no more than than one case per 10,000 residents over a two-week period. Instead, counties must have no more than 25 cases per 100,000 residents or no higher than an 8% positive rate among people testing for the coronavirus.

Other criteria on hospital capacity, testing and tracing remain in place.

Seniors, Others at Risk Encouraged to Stay Home Under New Plan To Open Fresno Economy