“He was an incredibly kind and wonderful father. He had his family gathered around him when he passed. He was loved and will be very missed.” — son Eric Osmond

Osmond died in Los Angeles at age 76. No indication of the cause was given.

“He was an incredibly kind and wonderful father,” son Eric Osmond said in a statement. “He had his family gathered around him when he passed. He was loved and will be very missed.”

Ken Osmond’s Eddie Haskell stood out among many memorable characters on the classic family sitcom “Leave it to Beaver,” which ran from 1957 to 1963 on CBS and ABC, but had a decades-long life of reruns and revivals.

Eddie was the best friend of Tony Dow’s Wally Cleaver, big brother to Jerry Mathers’ Beaver Cleaver. He constantly kissed up to adults and kicked down at his peers, usually in the same scene, and was the closest thing the wholesome show had to a villain. Viewers of all ages loved to hate him.

“He was one of the few guys on the show who really played a character and created it,” Dow added, chuckling as he mimicked the evil laugh Osmond would unleash when his character was launching one nefarious scheme or another and trying to pull Wally and his younger brother Beaver into it.

Osmond was born in Glendale, California, to a carpenter father and a mother who wanted to get him into acting. He got his first role at age 4, working in commercials and as a film extra, and got his first speaking role at 9, appearing mostly in small guest parts on TV series. 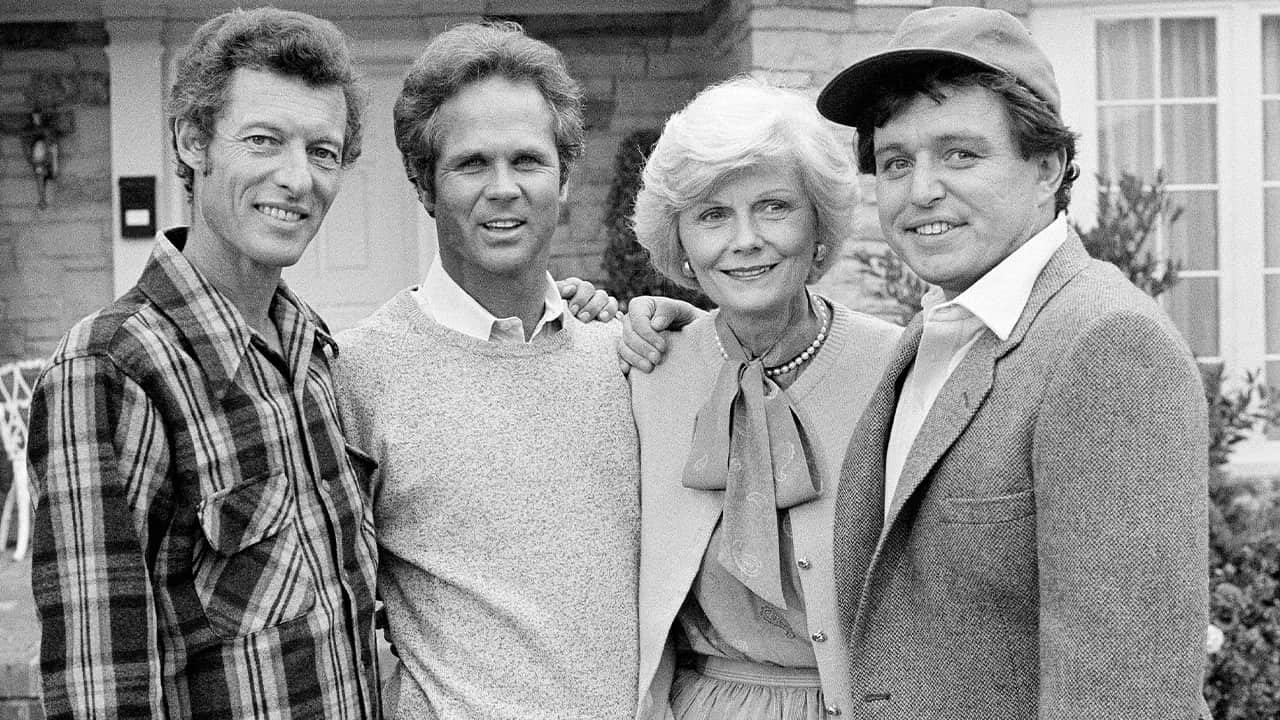 FILE – This Dec. 10, 1982 file photo shows members of the original cast of the “Leave It To Beaver,” from left, Ken Osmond, Tony Dow, Barbara Billingsley and Jerry Mathers during the filming of their TV special, “Still The Beaver,” in Los Angeles. Osmond, who played the two-faced teenage scoundrel Eddie Haskell on TV’s “Leave it to Beaver,” has died. Osmond’s family says he died Monday, May 18, 2020, in Los Angeles. He was 76. (AP Photo/Wally Fong, File)

The Show’s Producers and Its Audience Found Him so Memorable

The role of Eddie in season one of “Leave It to Beaver” was also supposed to be a one-off guest appearance, but the show’s producers and its audience found him so memorable he became a regular, appearing in nearly 100 of the show’s 234 episodes.

Osmond returned to making guest appearances on TV shows including “The Munsters” in the late 1960s, but found he was so identified with Eddie Haskell that it was hard to land roles.

He would give up acting and become a Los Angeles police officer.

“I was very much typecast. It’s a death sentence,” Osmond told radio host Stu Stoshak in a 2008 interview on “Stu’s Show.” “I’m not complaining because Eddie’s been too good to me, but I found work hard to come by. In 1968, I bought my first house, in ’69 I got married, and we were going to start a family and I needed a job, so I went out and signed up for the LAPD.”

Dow, who was a lifelong friend of Osmond’s said “His motorcycle cop stories are terrific.”

He would return to TV in 1983, when “Leave It to Beaver” reruns were having a heyday, appearing in the TV movie “Still the Beaver.”

A revival series, “The New Leave It to Beaver,” came next, with Osmond reprising the role of Haskell alongside Dow and Mathers from 1983 to 1989.

In the 80s also appeared in “Happy Days,” the series set in the “Leave It to Beaver” era, and the TV movie “High School USA.”

In 2014 he co-authored the memoir “Eddie: The Life and Times of America’s Preeminent Bad Boy.”