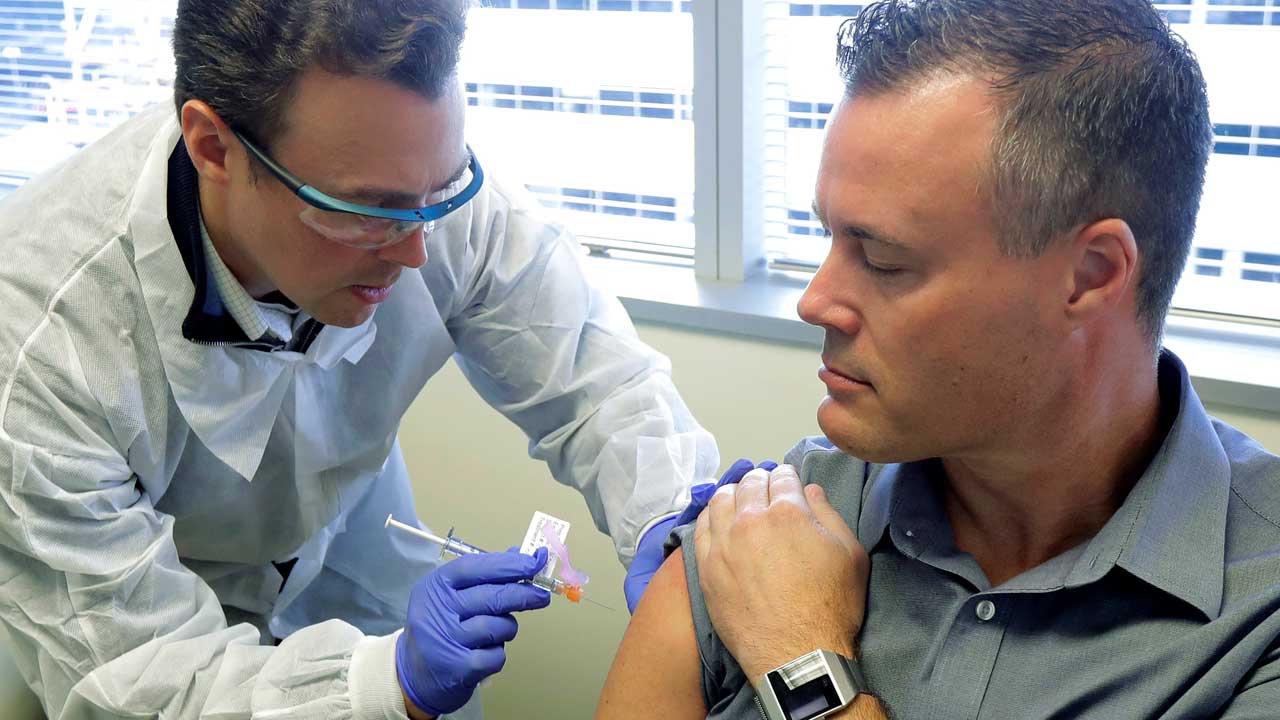 COVID-19 antibodies were found in all 45 participants, the biotech company announced Monday in a news release.

“They said that the level of antibodies is consistent, or in excess of the antibodies shown in people who have just recovered from COVID-19; so that’s doubly great news,” Browning said.

“They said that the level of antibodies is consistent, or in excess of the antibodies shown in people who have just recovered from COVID-19; so that’s doubly great news.” – Neal Browning, COVID-19 vaccine trial participant

In the next phase of the study, led by the U.S. National Institutes of Health, researchers will try to determine which dose is best for a definitive experiment that they aim to start in July.

In all, 45 people have received one or two shots of the vaccine, which was being tested at three different doses. The kind of detailed antibody results needed to assess responses are only available on eight volunteers so far.

Moderna said the early vaccine data indicated that it provided full protection against viral replication in the lungs in a mouse challenge model.

“These interim Phase 1 data, while early, demonstrate that vaccination with mRNA-1273 elicits an immune response of the magnitude caused by natural infection starting with a dose as low as 25 µg,” said Tal Zaks, M.D., Ph.D., chief medical officer at Moderna.

The vaccine seems safe, the company said, but much more extensive testing is needed to see if it remains so. A high dose version is being dropped after spurring some short-term side effects.

Stéphane Bancel, the company’s CEO said, “We are investing to scale up manufacturing so we can maximize the number of doses we can produce to help protect as many people as we can from SARS-CoV-2.”

Stocks rallied on the vaccine news and signs that the worst of the crisis has passed in many countries. The Dow Jones Industrial Average soared about 900 points or nearly 4%.

Big Screen Movies are Back in the Valley. Here’s Where to See Them.