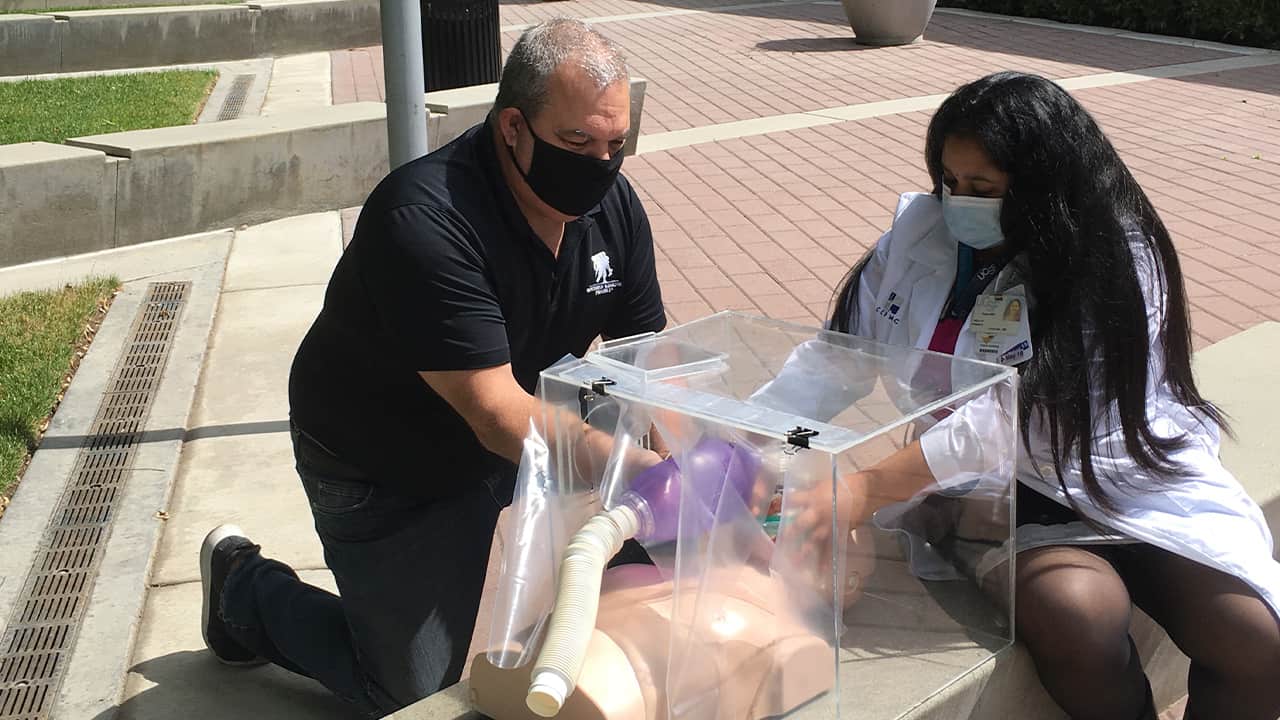 The pediatric cardiologist at UCSF Fresno was inspired by a Taiwanese anesthesiologist’s internet video to create a two-foot plastic cube that fits around a patient’s head.

“We just call it the aerosol box,” Nair said. “As a physician myself, I could just imagine myself being in that situation. That’s where the thought process came. What can we do to help?”

The box is used for protection while placing a tube down a patient’s throat. It can also be used as a shield when performing CPR.

The cube, made of plexiglass parts purchased at a hardware store, is open at the bottom. Instead of a hard side in front, the cube has strips of soft plastic material, similar to a shower curtain.

The back and side have large holes for hands to fit through.

Initially, Nair took the idea to a local plastic maker to no avail. She then talked to her handyman neighbor Jay Russell, a retired UPS worker.

“He said, let’s do it. We’re in the middle of a pandemic and we have to help each other out,” Nair said.

Russell was up to the challenge.

“I’m a woodworking guy. I’m not a plastic guy. And so we built a prototype,” Russell said.

Instead of building wooden cornhole boards for friends, he used his garage to build aerosol boxes, making adjustments along the way. He tried different glues and sizes for hand holes.

“It’s trial and error. I had to buy special saw blades to protect the table saw so it wouldn’t scratch the plexiglass,” Russell said.

So far, Russell has built five boxes, all in use at Community Medical’s facilities in Fresno and Clovis. He says he can build one or two a day, using approximately $150 worth of materials.

CMRC is funding the material costs. Russell did not want to accept anything beyond that.

No Business Plans for Now 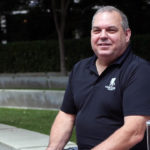 “There’s a sense of pride with what we accomplished. She’s the brains behind everything. I’m just the muscle.” — Jay Russell

Both Nair and Russell plan to keep this a small operation for now, building aerosol boxes for any medical professional who requests one.

“We’re happy to give the measurements, the prototype, to anyone who needs it. If they want (us) to build it, we’d be happy to build it for someone,” Nair said.

For Russell, it’s the sense of accomplishment that matters.

“There’s a sense of pride with what we accomplished. She’s the brains behind everything. I’m just the muscle,” Russell said.

If demand increases, Russell is willing to expand.

“Maybe I have to get a storefront and manufacture these things.  I’ll do whatever it takes to help out during this pandemic,” Russell said.

How the Box Works 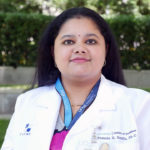 “For the patient, they get a doctor who’s fully involved in the procedure, who’s not worried about their own safety. For the physician or the person who’s doing the procedure, it’s the peace of mind that they’re not aerosolizing things.” — Dr. Athira Nair

Despite its simple name, Nair hopes the aerosol box will save lives.

“For the patient, they get a doctor who’s fully involved in the procedure, who’s not worried about their own safety. For the physician or the person who’s doing the procedure, it’s the peace of mind that they’re not aerosolizing things,” Nair said.

By placing a hard barrier between the patient and medical staff while still allowing the procedure to take place, Nair said it can help prevent the spread of COVID-19 or other infectious diseases that transmit through droplets.

“Apart from the other protective equipment that you are wearing, you have another additional physical barrier,” Nair said.

Nair said the box is reusable.

“You just lift it, wipe it off with your sanitary wipes like hospital wipes and you’re done for the next use. So you can use a patient after patient. It’s plastic. It doesn’t biodegrade. It doesn’t break down,” Nair said.

Nair was born in Bahrain, grew up in Singapore, and studied medicine in India. Residency at the University of Florida and a fellowship at Penn State followed.

She moved to Clovis five years ago, her first job as a doctor.

“I call myself a gypsy, actually,” Nair said.

She had a word to describe having a builder like Russell next door.

“That’s true destiny, I think, when Jay had the heart to do it and the hands to do it. I had the brain and the intelligence behind it of what is needed,” Nair said.