Sailors on Carrier With Lemoore Crews Get Virus for Second Time 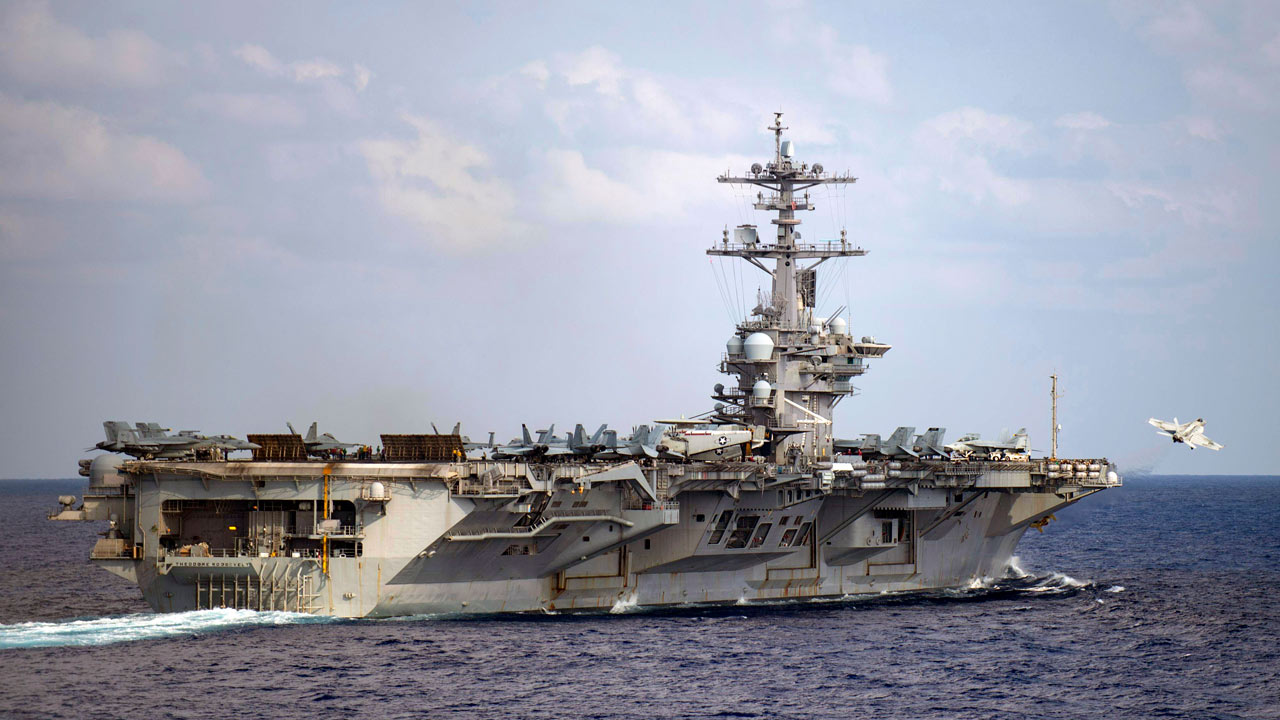 Five sailors have tested positive for COVID-19 a second time after returning to the sidelined aircraft carrier USS Theodore Roosevelt, the Navy said Thursday. Two F/A-18 fighter squadrons with nearly 800 personnel from NAS Lemoore are deployed onboard the Roosevelt, which is docked in Guam as crew members recover.

The Navy said the reinfected sailors have been taken off the ship.

The resurgence of the virus in the five sailors on the carrier underscores the befuddling behavior of the highly contagious virus and raises questions about how troops that test positive can be reintegrated into the military, particularly on ships.

All five sailors had previously tested positive and had gone through at least two weeks of isolation. As part of the process, they all had to test negative twice in a row, with the tests separated by at least a day or two before they were allowed to go back to the ship.

The Roosevelt has been at port in Guam since late March after the outbreak of the virus was discovered. More than 4,000 of the 4,800 crew members have gone ashore since then for quarantine or isolation. Earlier this month hundreds of sailors began returning to the ship, in coordinated waves, to get ready to set sail again.

In a statement Friday, the Navy said that, while onboard, the five sailors self-monitored and adhered to strict social distancing protocols.

“These five Sailors developed influenza-like illness symptoms and did the right thing reporting to medical for evaluation,” the Navy said, adding that they were immediately removed from the ship and put back in isolation. A small number of other sailors who were in contact with them were also taken off the ship.

Pentagon spokesman Jonathan Hoffman said the outbreak has been a learning process.

“This is a very stubborn, infectious disease,” he told Pentagon reporters during a briefing on Friday. He said that because of the Navy’s quick action, medical crew were notified right away and determined who might have also been exposed and got them all off the ship.

As of Thursday, more than 2,900 sailors have reboarded the ship, and about 25% of the more than 1,000 who had tested positive have now recovered, according to the Navy.

One U.S. official familiar with the situation on the ship said commanders don’t know why this is happening but suggested it could be related to questions about testing accuracy. The official, who spoke on condition of anonymity to discuss internal deliberations, said that screening has been intensified on the ship. And, anyone who exhibits any flu-like symptoms at all is being tested and removed.

The sailors have been tested using the nasal swab. And in some cases the infection can be at such a low level that it is not detected by the test. It’s not clear whether cases like these are actual relapses, or if people tested negative without really being completely clear of the virus.