LOS ANGELES — A former Navy combat pilot built a double-digit lead in the fight for an open U.S. House seat north of Los Angeles, positioning Republicans to capture a Democratic-held congressional district in California for the first time in over two decades.

With about 143,000 ballots tallied — almost all of them mail-in ballots — Garcia had 56%. All voters received mailed ballots because of the coronavirus outbreak, though a sprinkling of polling places were available for those who wanted to vote in person.

Political newcomer Mike Garcia had a 12-point edge over Democratic Assemblywoman Christy Smith in Tuesday’s special election for the swing 25th District. An unknown number of ballots remained uncounted and Los Angeles County, where most of them are located, was not expected to update its tally until Friday.

California routinely counts large numbers of votes after election day, and mail ballots can arrive as late as Friday and still be counted if they were postmarked by election day.

With about 143,000 ballots tallied — almost all of them mail-in ballots — Garcia had 56%. All voters received mailed ballots because of the coronavirus outbreak, though a sprinkling of polling places were available for those who wanted to vote in person.

Garcia stopped short of claiming victory in a conference call with supporters but said “things are looking very encouraging.”

In a statement, Smith thanked her supporters and said she was looking forward “to seeing a thorough counting of the remaining ballots.”

The contest took on outsized importance as the only competitive House race in the country in the midst of the coronavirus crisis. It’s seen nationally as a proxy vote on President Donald Trump’s leadership and a possible harbinger for November elections.

Trump, who lost the district that runs through a swath of suburbs and small ranches in 2016, urged voters to support the political newcomer Garcia, while former President Barack Obama, Hillary Clinton and other high-profile Democrats backed Smith. 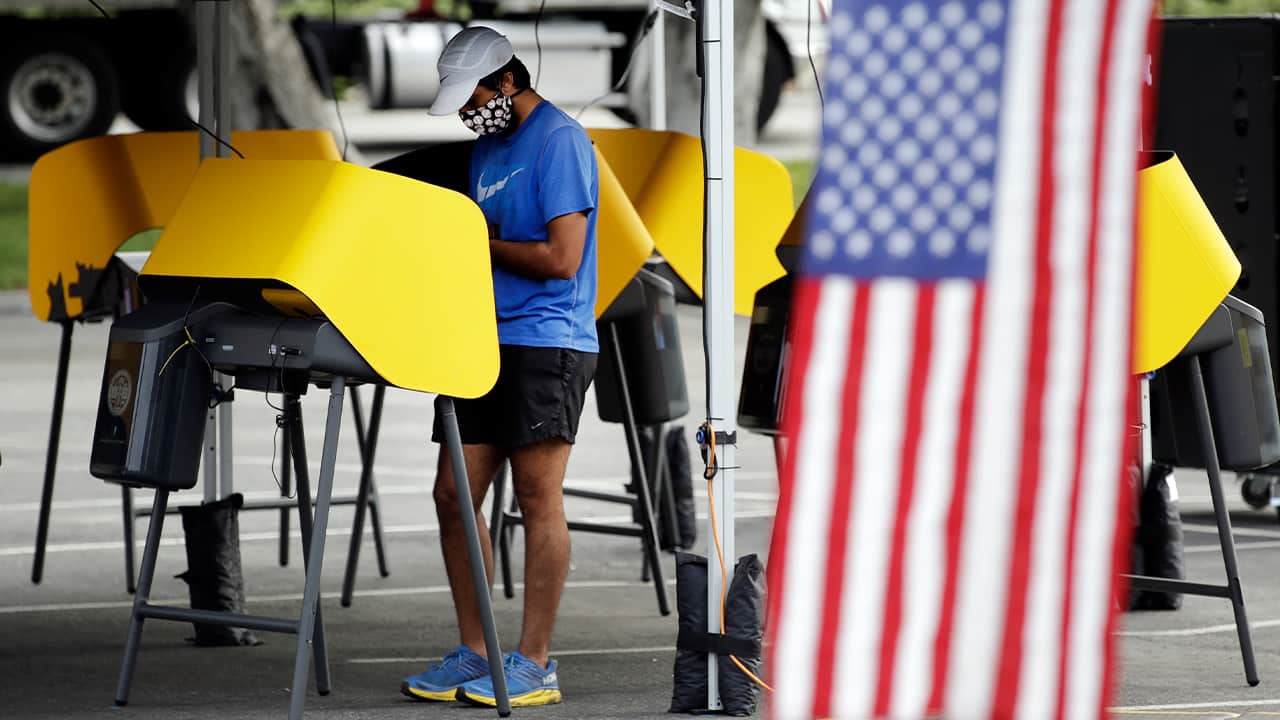 Early Wednesday, Trump tweeted: “Big Congressional win in California for Mike Garcia, taking back a seat from the Democrats.”

If Garcia holds on it would provide a jolt of encouragement for the state’s beleaguered GOP, which has been drifting toward obscurity in California for years.

The seat became vacant last year after the resignation of Democratic Rep. Katie Hill, who stepped down after admitting to an affair with a campaign worker and the House opened an ethics probe into an allegation that she was involved with a member of her congressional staff, which Hill denied.

Smith and Garcia topped a crowded field of candidates in the state’s March 3 primary and advanced to separate elections: One, on Tuesday, to fill the remainder of Hill’s two-year term, and a second in November for the full, two-year term starting in 2021.

Garcia appeared to benefit from enthusiasm among conservatives who saw a rare opportunity to seize a Democratic-held seat in California. The last time that happened was 1998.

Smith, meanwhile, tried to motivate Democrats to return to the polls just two months after the state’s presidential primary, when the campaigns of Joe Biden, Bernie Sanders and other candidates worked to turn out voters in droves, said Paul Mitchell of nonpartisan research firm Political Data Inc.

Smith “is not the sum of all those presidential candidates,” Mitchell said. “That’s a challenge.”

A win by Garcia would establish him as the incumbent for November and show Republicans can compete in a district where Trump was defeated by Clinton in 2016. Trump lost the state by over 4 million votes in 2016.

Most of the Campaign Was Conducted Online

The 25th District anchored in Los Angeles County, with a slice of Ventura County with the Ronald Reagan Presidential Library on its western end, has a Democratic registration edge and Hill captured the seat by 9 points in 2018.

The 25th District anchored in Los Angeles County, with a slice of Ventura County with the Ronald Reagan Presidential Library on its western end, has a Democratic registration edge and Hill captured the seat by 9 points in 2018.

But there were factors that helped Garcia’s chances.

Hill left under the taint of scandal, and in an expected low-turnout election older, white Republicans tend to be among the state’s most reliable voters. Younger registered voters in the state who lean liberal are known to be frequent no-shows. Also, the district has a Republican pedigree — it was long in GOP hands before Hill’s 2018 upset.

Trump has been at the center of the race, summoning support for Garcia while attacking Smith and her Democratic supporters. Last weekend, the president took to Twitter to attack a decision to add an in-person polling place in Lancaster, a part of Los Angeles County with a significant black population. “Rigged Election!” Trump wrote. However, it turned out the decision was supported by Lancaster’s Republican mayor.

Most of the campaign was conducted online, without traditional rallies and door-knocking.

Garcia, a former combat pilot and defense industry executive, depicted Smith as another vote for the Democratic status quo in California that he blames for soaring homelessness, heavy regulation and rising taxes.

Smith was harshly critical of Trump and his administration and promised to work for improved health care if elected.

Even if Garcia wins, November typically draws a large Democratic turnout in California, particularly in presidential election years, which would give Smith an edge in the fall rematch.

With a national debate underway on mail-in voting, the race will also serve as a window into how the process works out, albeit on a small scale.