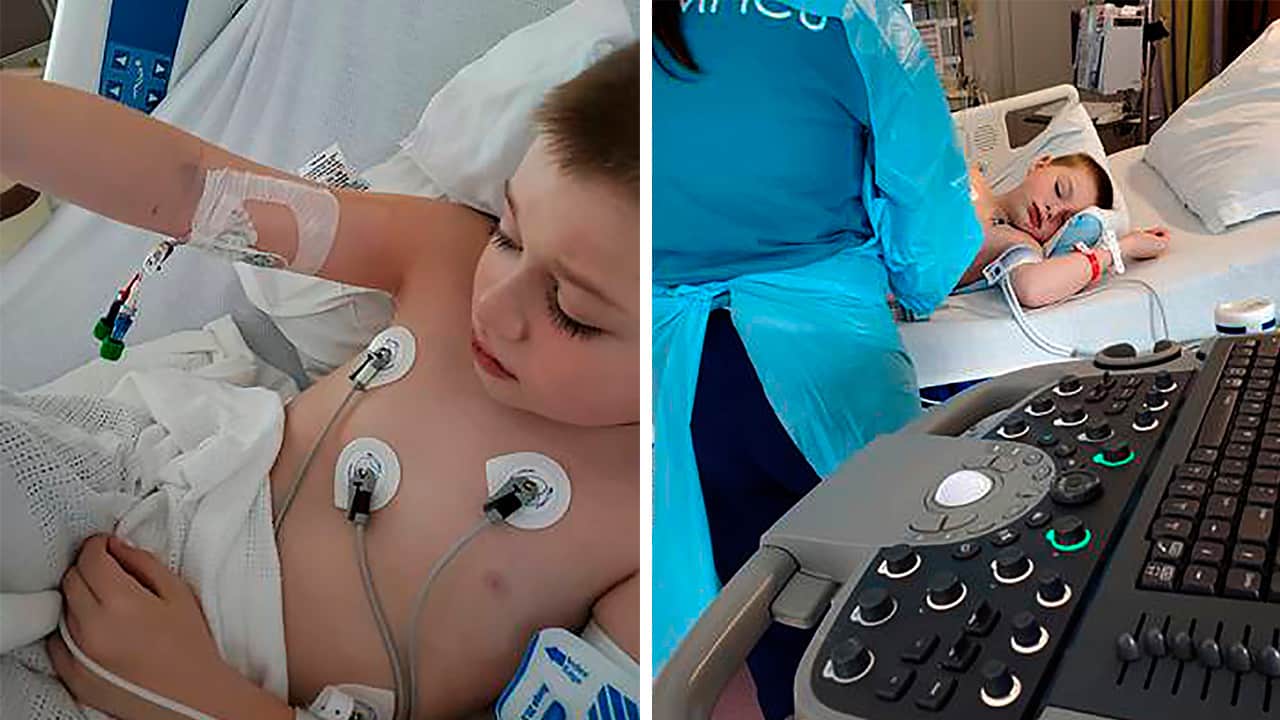 Amber Dean had recovered from a mild bout of the coronavirus and her family of five had just ended their home quarantine when her oldest son, 9-year-old Bobby, fell ill.

New York Gov. Andrew Cuomo said Tuesday that New York is now investigating about 100 cases of the syndrome, which affects blood vessels and organs and has symptoms similar to Kawasaki disease and toxic shock.

“At first it was nothing major, it seemed like a tummy bug, like he ate something that didn’t agree with him,” said Dean, who lives with her husband and three young children in the western New York town of Hornell. “But by the next day, he couldn’t keep anything down and his belly hurt so bad he couldn’t sit up.”

At the local hospital emergency room, doctors suspected an appendix infection and sent him home with instructions to see his pediatrician.

It was only later, after Bobby’s condition took an alarming turn for the worse, that doctors realized he was among the small but growing number of children with a mysterious inflammatory syndrome thought to be related to the virus.

New York Gov. Andrew Cuomo said Tuesday that New York is now investigating about 100 cases of the syndrome, which affects blood vessels and organs and has symptoms similar to Kawasaki disease and toxic shock. Three children in the state have died and Cuomo advised all hospitals to prioritize COVID-19 testing for children presenting with symptoms.

In New York City, which has reported at least 52 children sick with the syndrome, Mayor Bill de Blasio on Tuesday urged parents to call their pediatricians promptly if their children show symptoms including persistent fever, rash, abdominal pain and vomiting. 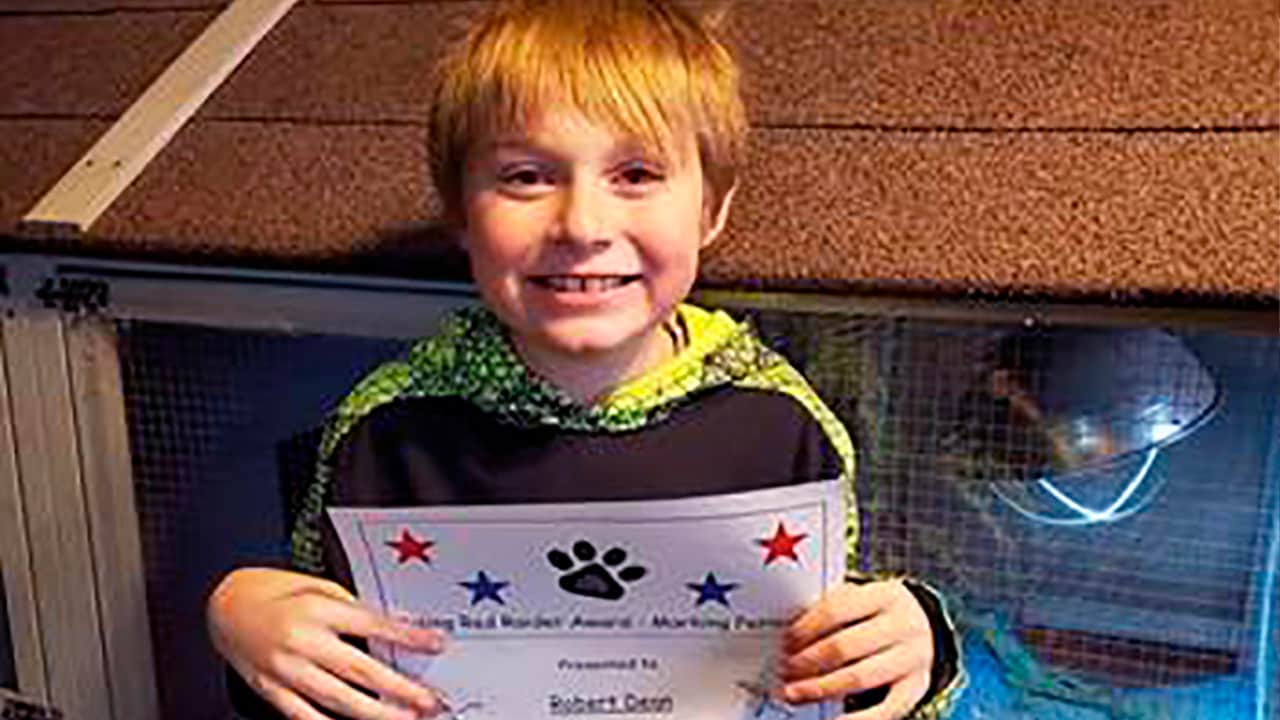 In this February 2020 photo provided by Amber Dean 9-year-old Bobby Dean holds an award he received at school in Hornell, N.Y. after Bobby’s mother recovered from a mild care of coronavirus in April 2020, Bobby developed what seemed like a stomach virus but was eventually admitted to a hospital in Rochester, NY, with severe dehydration, abdominal pain and a racing heart. He tested positive for coronavirus at the hospital and the doctors diagnosed him with a pediatric inflammatory syndrome related to the virus. (Dean Family Photo via AP)

Children Elsewhere in the U.S. and in Europe Have Also Been Hospitalized

That’s what Bobby Dean’s family did, even though they live in Steuben County, which has only 239 confirmed cases of COVID-19 and is in a part of the state set to start reopening some workplaces on Friday.

The family doctor performed a coronavirus test the day after his trip to the emergency room, but the results would take 24 hours. By that night, the boy’s fever had spiked, his abdomen was swollen, he was severely dehydrated and his heart was racing. His father, Michael Dean, drove him to Golisano Children’s Hospital in Rochester, 90 minutes away.

“At Rochester they did a rapid COVID test and it came back positive,” Amber Dean said. For the next six days, she was at his hospital bedside while Bobby was hooked up to IV lines and a heart monitor. He came home on Mother’s Day.

“It never affected his respiratory system, it was his heart that it affected,” Dean said. Inflamed lymph nodes caused the abdominal pain, she said. “They’re hoping he pulls through with 100% recovery but they said there have been children with lasting effects.”

Children elsewhere in the U.S. and in Europe have also been hospitalized with the condition known as pediatric multi-system inflammatory syndrome.

In New York, the syndrome has been found across a wide range of young people. A 5-year-old boy, 7-year-old boy and an 18-year-old woman have died.

“This is a truly disturbing situation and I know parents around the state and parents around the country are very concerned about this, and they should be,” Cuomo said. “If we have this issue in New York it’s probably in other states.”

As Bobby Dean’s boisterous energy and sardonic sense of humor returns, his mom is vigilant for signs of illness in her younger children, aged 7 months and 3 years.

Dr. Juan Salazar, the physician-in-chief at Connecticut Children’s Medical Center, said two patients there are believed to have the rare condition, which he said often appears to present itself two to four weeks after a child has recovered from COVID-19, often without ever being diagnosed with the infection. Yale Health has said it’s treating three children believed to have the syndrome.

Cuomo announced last week that New York is developing national criteria for identifying and responding to the syndrome at the request of the federal Centers for Disease Control and Prevention.

In testimony Tuesday before a Senate committee on the administration’s coronavirus response, Dr. Anthony Fauci said children in general do better than adults and the elderly, but he warned there is still much to learn about the virus.

“For example right now, children presenting with COVID-19 who actually have a very strange inflammatory syndrome very similar to Kawasaki syndrome,” Fauci said. “I think we better be very careful that we are not cavalier in thinking that children are completely immune to the deleterious effects.”

As Bobby Dean’s boisterous energy and sardonic sense of humor returns, his mom is vigilant for signs of illness in her younger children, aged 7 months and 3 years.

“It’s a pretty scary thing, watching your child be hooked up to all these wires and IVs and there’s nothing you can do,” Dean said. “In my opinion, right now, I would not let your child out in public.”

Paul Manafort Released From Prison Due to Virus Concerns