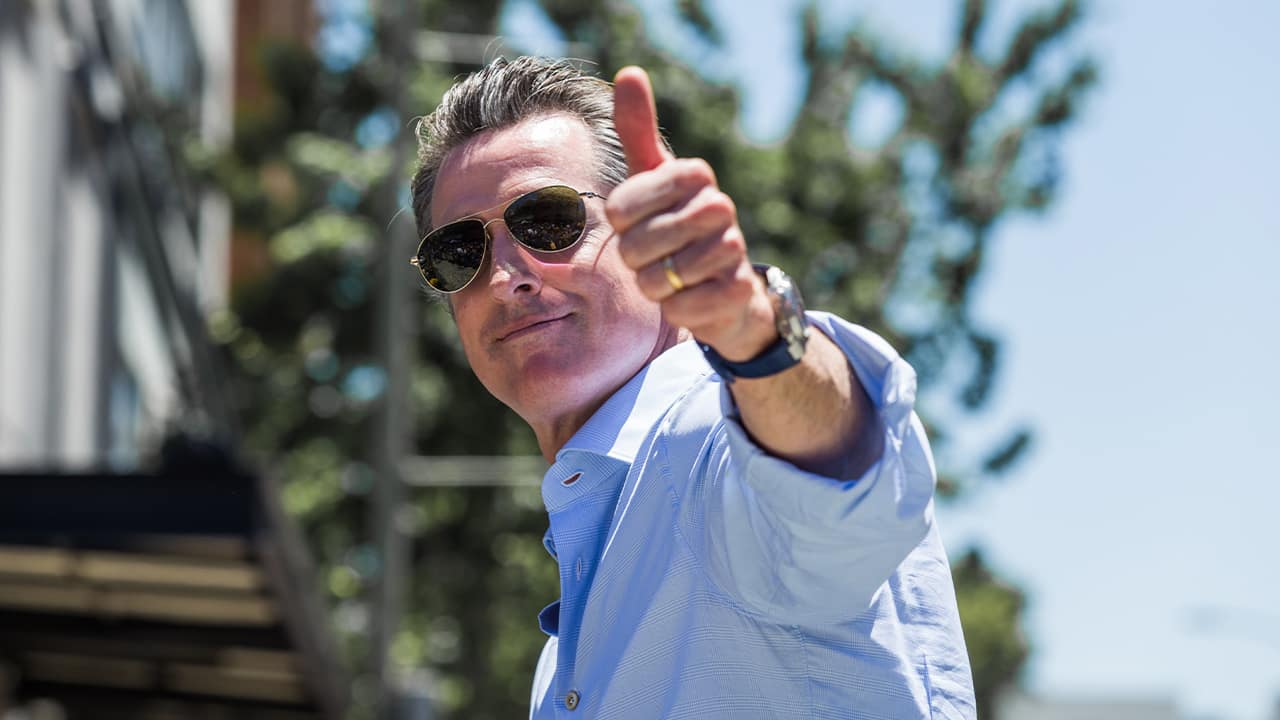 SACRAMENTO — Gov. Gavin Newsom moved to further ease the coronavirus choke-hold on California‘s economy Tuesday by allowing more businesses to reopen and following through on his promise to swiftly approve requests from counties to move ahead more quickly if they have been minimally harmed by the pandemic.

Business offices can reopen statewide with appropriate precautions if their employees cannot easily telecommute, while malls can begin offering the same curbside pickup already allowed for other retailers, Newsom said. The state also offered more guidance for resuming the operation of niche businesses including car washes and pet groomers.

Business offices can reopen statewide with appropriate precautions if their employees cannot easily telecommute, while malls can begin offering the same curbside pickup already allowed for other retailers, Newsom said. The state also offered more guidance for resuming the operation of niche businesses including car washes and pet groomers.

California Business Properties Association President and CEO Rex Hime said companies have much work to do to ensure worker safety in offices and prevent a surge of new infections.

“I don’t see a huge stampede of people rushing back to their offices. I think that will happen over time,” Hime said.

California Health and Human Services Agency spokeswoman Kate Folmar said offices that could reopen because telecommuting is impractical include big data firms and others that rely on specialized hardware and software, call centers, architects, advertising and graphic design firms, and laboratory researchers.

Meantime, seven rural Northern California counties — El Dorado, Butte, Lassen, Nevada, Placer, Amador and Shasta — that have not had a single virus death were the first to win state permission to reopen their economies more quickly. Each was required to certify they have had minimal impact from the pandemic, have plans for a safe reopening and can adequately react if there is a resulting surge in coronavirus infections.

“The dining restaurants are the sector that people are most excited about and that owners are most prepared to reopen. I think we’ll see a lot of restaurants open today and in coming days,” she said.

Other businesses on the approved list can reopen “just as soon as they have their safety plans implemented and they’re following the guidelines,” Hass said. It will largely be up to those businesses to enforce the rules themselves, however.

Newsom Signaled His Willingness to Work With More Populated Counties

“Our focus is on education and outreach and going to establishments on a complaint-driven basis and educating them on what they need to do,” she said.

Twenty-three more of California’s 58 counties are in negotiations with state health officials to move more swiftly, according to Newsom. Among them are Sutter and Yuba counties, which along with Modoc defied the governor by reopening before getting state approval. It’s not clear how that move will impact their applications.

Newsom’s administration last week threatened to withhold federal disaster funds if they continued under their own plans, which they did.

Northern California lawmakers defended the three other rural counties while celebrating state approval for others.

“Without Modoc, Yuba and Sutter Counties leading the way, rural California wouldn’t have gotten the governor’s attention and Butte County wouldn’t be in the position we are today with reopening,” Butte County Supervisor Bill Connelly said in a statement.

Newsom again signaled his willingness to work with more populated counties that might fail the state’s criteria for reopening. For instance, a major outbreak at a prison or nursing home could skew a county’s case data out of acceptable state standards even though it meets other requirements.

San Diego County, California’s second-largest, complained in a letter to Newsom on Monday that the state’s criteria for a more rapid reopening are unrealistic for large counties. Officials there want to reopen more quickly.

Newsom acknowledged the complexity of a patchwork reopening.

“We have different counties experiencing completely different conditions, and we are now in that phase of trying to accommodate for all of that and more,” he said.

California Has More Than 70,000 Confirmed Coronavirus Cases and More Than 2,800 Deaths

Under Newsom’s guidelines, counties may apply to go more quickly than the state and also can choose to proceed more cautiously, which is the case in the San Francisco Bay Area and Los Angeles County, which has a quarter of the state’s population but more than half the virus deaths.

California has more than 70,000 confirmed coronavirus cases and more than 2,800 deaths, according to data compiled by Johns Hopkins University. The number of infections is thought to be far higher because of a shortage of testing.

Los Angeles County Public Health Director Dr. Barbara Ferrer said she expects to extend her county’s stay-at-home order for three months, though she said restrictions will be gradually be relaxed during that time.

California became the first state under a stay-at-home order on March 19 and as the unemployment numbers surge there has been growing pressure on Newsom to move more quickly on reopening. His announcements Tuesday, which included long-awaited guidance for restaurants to resume seating diners when their counties allow it, was the latest in a series of moves he says have put 70% of the state’s economy back in service, albeit with restrictions.

California has more than 70,000 confirmed coronavirus cases and more than 2,800 deaths, according to data compiled by Johns Hopkins University. The number of infections is thought to be far higher because of a shortage of testing.

For most people, the virus causes mild or moderate symptoms for up to three weeks. The vast majority recover. Some older adults and people with existing health problems can experience severe illness including pneumonia and death.

Newsom has outlined a four-stage plan for reopening. California is in the second phase and Newsom said greater testing and tracking of those infected is key to being able to more broadly reopen. The state has topped 1 million tests and now is testing 35,000 people per day as it moves toward an ultimate goal of 60,000 or more daily.