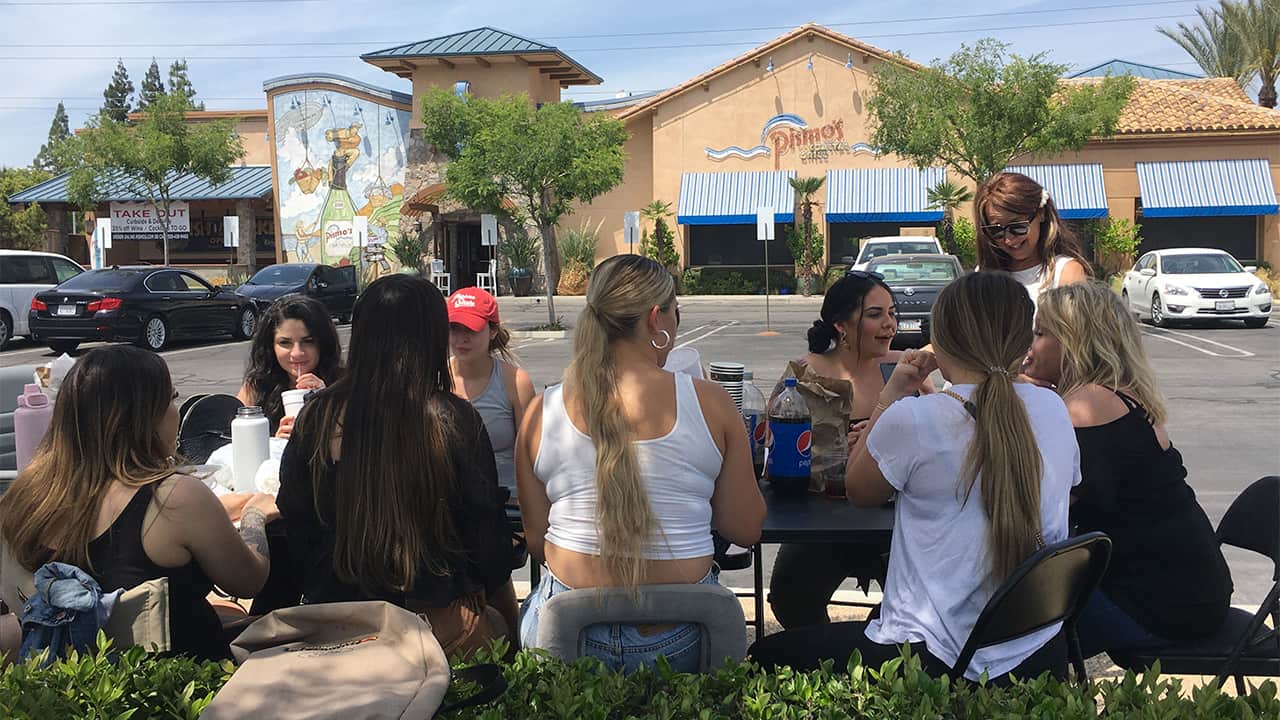 While dine-in portions of restaurants in Fresno remain closed because of shelter-in-place orders, a group of foodies have created their own table experience.

“We plan on meeting every Friday here for lunch until our government leaders open up these small businesses and let them have a right to their constitutional amendment to make a living.” — Rita Amaro

In the nearly-empty parking lot at the Villagio Shopping Center at Blackstone and Nees avenues, nearly 30 people brought their own tables and chairs for a luncheon.

The group was there last Friday, eating take-out from nearby Pismo’s Coastal Grill. The group includes real estate agents, attorneys, and a few servers from Pismo’s itself.

“It frustrates me … This my livelihood, where I get my income from and I’m able to pay bills and actually support other small businesses. So we decided to do a sort of a protest where we come and we sit and we gather in a group and actually enjoy a lunch,” Aly Amaro, a Pismo’s server, said.

She was joined by her mother, Rita, and their friends. They promised to return.

“We plan on meeting every Friday here for lunch until our government leaders open up these small businesses and let them have a right to their constitutional amendment to make a living,” Rita Amaro said.

Many in the lunch group say they are friends of Pismo’s owner Dave Fansler. The restaurateur said he is losing millions by being forced to close Pismo’s dine-in service. He wanted to open last week to customers — taking physical distancing precautions — but worried that he would be stripped of his liquor license.

But, fearing the $10,000 penalty that would come with another citation, Ibrahim announced Tuesday he was returning to take-out only.

Biggest US Solar Project Approved in Nevada Despite Critics