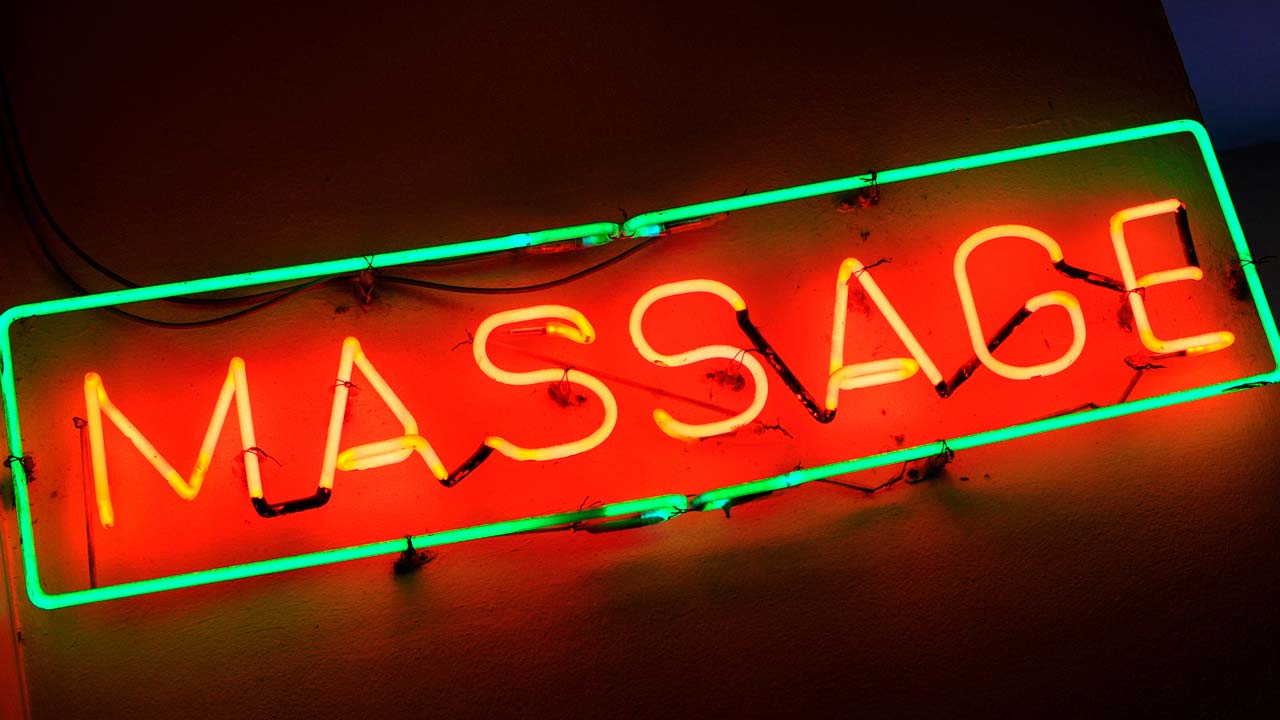 PHOENIX — The women were forced to live and work in filth and near darkness, the federal agent said, surviving on only the tips they received from performing massages and sexual favors.

Lon Weigand, deputy special agent in charge of Homeland Security Investigations in Arizona, described them as “Asian females” who may be sex-trafficking victims. He praised the joint operation between federal agents and local police in western Arizona that led to their rescue and credited “investigative techniques” with helping to crack a “transnational criminal organization.”

What Weigand didn’t say at that September 2018 press conference – although HSI documents show some supervisors knew – was that federal undercover agents repeatedly paid for and engaged in sex acts with suspected victims.

That fact, coupled with HSI’s refusal to let its agents testify, caused the collapse of a case that was more than three years in the making. All felony charges against the alleged ringleaders were dropped. And sex-trafficking experts said the women were likely re-traumatized.

Defense attorneys were outraged when they learned of the agents’ actions.

“That’s our tax money,” said attorney Josephine Hallam, whose grandfather was former U.S. Supreme Court Justice Hugo Black. “Shouldn’t they be at the border, or doing something with terrorists rather than getting sex acts?”

HSI is the largest investigative unit in the Department of Homeland Security, which was created in the wake of the 9/11 terrorist attacks. Some 7,000 HSI agents have wide-ranging authority to investigate a variety of cross-border crimes, such as sex- and human-trafficking. But for all its power and scope, HSI has received relatively little public attention, even though internal inspector-general reports have criticized it for lax accountability and oversight. HSI agents also have been involved in shootings of civilians around the country, an investigation by the Howard Center for Investigative Journalism revealed in February.

“HSI is committed to placing the safety of potential victims at the forefront of every investigation,” said Yasmeen Pitts O’Keefe, a spokeswoman with U.S. Immigration and Customs Enforcement, HSI’s parent agency. “Conduct by a limited number of HSI agents involved in the investigation was not consistent with HSI policy.”

But HSI’s own documents, statements by local police, and the federal government’s response refute the idea this was a rogue action.

Police in Lake Havasu City and Bullhead City, near the border with California and Nevada where the investigation occurred, said they were told by HSI that undercover agents may engage in sex acts with suspects.

“Conduct by a limited number of HSI agents involved in the investigation was not consistent with HSI policy.” — Yasmeen Pitts O’Keefe, U.S. Immigration and Customs Enforcement spokeswoman

“Detectives were informed by HSI that the undercover sexual activity was authorized,” said Emily Fromelt, a Bullhead police spokeswoman.

It is illegal in Arizona, as in other states, for police to engage in sexual activity with subjects of an investigation.

A leaked policy handbook, confirmed by retired HSI senior agent Louie Garcia, describes how, with supervisor approval, undercover agents can engage in “otherwise illegal” activity. While it gives some hypotheticals, the handbook says nothing about undercover sex. The existence of such a handbook was confirmed in 2017 when the Department of Homeland Security released its “HSI Special Agent Manual Index” in a response to a Freedom of Information Act request. The ICE spokeswoman said she couldn’t comment on any document not released by the agency.

Garcia and a former HSI administrator said agents were not allowed to have sexual contact with investigative subjects. But Garcia said he couldn’t remember that in writing.

Over a nearly five-month period, HSI undercover agents documented 17 sexual encounters with women working in eight massage parlors. Many of the contemporaneous reports were signed by supervisors.

“I don’t recall the policy manuals saying you can’t have sex with human-trafficking victims,” Garcia said. “I just know that’s something we are not allowed to do.”

The sex-trafficking investigation began in May 2016 after Havasu police received complaints that local massage parlors were being used as houses of prostitution. Police called in HSI in 2018 on suspicion the women might be victims of human-trafficking.

Over a nearly five-month period, HSI undercover agents documented 17 sexual encounters with women working in eight massage parlors. Many of the contemporaneous reports were signed by supervisors. Ultimately, two women were designated as victims, and their whereabouts are unknown. Two other women charged with prostitution were initially put in ICE detention, though only one still faces deportation hearings.

“These girls were victimized again by the agency who was supposed to be protecting them,” Garcia said. He was one of more than 40 police policy experts, sex-trafficking researchers, law enforcement professionals and attorneys consulted by the Howard Center. Reporters also obtained more than 2,100 pages of police reports, photos and video, as well as HSI and court records.

Initially, Garcia said he was told, agency officials in Washington D.C., “wanted heads to roll,” but the issue quietly went away. The U.S. Attorney’s Office received a “brief” call from ICE internal investigators, a spokeswoman told the Howard Center, but no federal violation was apparent “from the information provided.” In the end, only a low-level supervisor was disciplined, Garcia said he was told by agency insiders.

Of the nine people originally charged in the investigation, only three pleaded guilty to attempted pandering, prostitution and solicitation – all before the HSI agents’ actions became publicly known.

‘A Crime in Itself’

The case began unraveling in fall 2019 after defense attorneys obtained some of the evidence prosecutors planned to present.

Mike Wozniak, who briefly represented one of the alleged traffickers, recalled his shock listening to audio recordings from the investigation dubbed “Operation Asian Touch.”

Wozniak said he called the lead prosecutor to confirm what he was hearing, and she did. “I found it pretty repugnant that they were engaged in sexual acts with people that, under their theory, would have been the victims,” Wozniak said.

In September 2019, Rideout filed a court motion seeking the names and badge numbers of the HSI undercover agents so he could call them to testify.

Sex-trafficking experts say it’s sometimes difficult to determine who is and isn’t a victim because women are often too scared to be truthful, especially when they are recovered through police actions.

Prosecutor Kellen Marlow argued that exceeded the scope of evidence the state must disclose. But, he added, “There will be no cooperation from federal partners in prosecuting the crimes they helped investigate.”

Rideout, who represented two women in the Arizona case, wasn’t surprised. “Having sex with people they identify as victims is a crime in itself, and they’re not going to come on the stand and testify,” he said.

Sex-trafficking experts say it’s sometimes difficult to determine who is and isn’t a victim because women are often too scared to be truthful, especially when they are recovered through police actions. A 2017 report from the national think tank Polaris said traffickers typically rotate women through a network of massage parlors and control them through force, fraud or coercion.

Dominique Roe-Sepowitz, a nationally recognized expert who serves on the Arizona Human Trafficking Council, said the Havasu-Bullhead case “just deepens the belief that law enforcement are not helpers” — a message traffickers use to keep victims quiet. She called the case a “terrible demonstration of our behavior as a country.”

The International Association of Chiefs of Police, the world’s largest police organization, provides training courses and materials for federally funded human-trafficking task forces, which include HSI and other federal agents. Training emphasizes victim awareness, said Sabrina Fernandez, the group’s human trafficking program manager. The agents’ actions were “definitely out of line with what we’re teaching,”

No amount of training can replace the need for written guidelines, said Samuel Walker, a police policy expert at the University of Nebraska Omaha. “There’s this idea of an unwritten code,” he said, adding, “What’s going on here is a failure of the agency, or agencies plural, to have written standards on all of these kinds of crucial actions.”

Few states have grappled with problems in sex-trafficking investigations as publicly as Hawaii.

“It is difficult to exaggerate the extent to which the law enforcement community collectively turns a blind eye when its members engage in misconduct.” — Clark Neily, Cato Institute

In 2014, lawmakers there banned on-duty police officers from engaging in “sexual conduct,” defined as contact or penetration, amid allegations police were having sex with subjects of prostitution investigations.

A year later, a sex-trafficking investigation involving Honolulu police and HSI fell apart after the city’s chief prosecutor refused to pursue sex assault charges against the women police arrested. A defense lawyer said an undercover officer had stripped naked and made one woman touch his genitals. HSI’s exact role in the investigation was unclear, but a senior HSI agent in Hawaii was among five officials who signed a public letter in which police defended their operations.

Even absent allegations of sexual contact between agents and victims, HSI conduct has proved troublesome for prosecutors. In 2018, federal charges against an alleged sex trafficker in Hawaii had to be dropped after prosecutors acknowledged an HSI agent gave “inconsistent” information under oath about his destroyed work phone containing text messages with an alleged victim. The content of the messages was unclear.

Rideout said he believes the agents’ behavior was not unprecedented: “In my experience in law enforcement, these types of things do not just happen in one spot.” He sought to obtain HSI policy documents to see if there was a “pattern” of behavior elsewhere, but his efforts were unsuccessful.

Clark Neily, vice president for criminal justice at the libertarian Cato Institute, said the Arizona case was yet another example of law enforcement not policing itself.

“It is difficult to exaggerate the extent to which the law enforcement community collectively turns a blind eye when its members engage in misconduct,” Neily said.