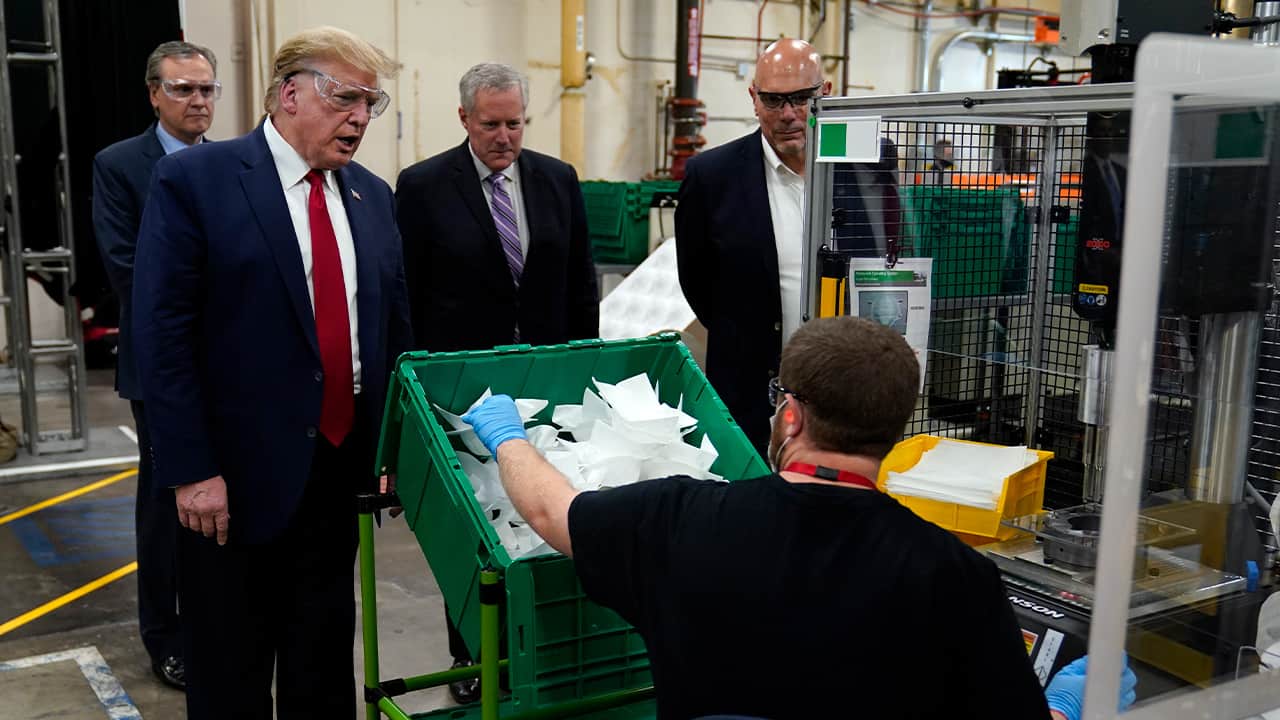 WASHINGTON — One day after saying that the COVID-19 task force would be winding down, President Donald Trump said Wednesday that it would continue indefinitely, but focus more on rebooting the economy.

Trump tweeted that the panel’s focus would be on “SAFETY & OPENING UP OUR COUNTRY AGAIN.”

Trump’s reversal comes as deaths and infections rates outside of New York, the epicenter of the coronavirus, are rising even as states move to lift their lockdowns.

A White House official acknowledged Wednesday morning that signaling that the task force was preparing to shut down sent the wrong message and created a media maelstrom. The official, speaking on the condition of anonymity to discuss internal thinking, said the membership in the task force group would change as the nature of the crisis evolves.

On Tuesday, Trump had praised the task force for doing a great job, but said “we’re now looking at a little bit of a different form, and that form is safety and opening. And we’ll — we’ll have a different group probably set up for that.”

His tweet on Wednesday said “the Task Force will continue on indefinitely.” He added that the White House “may add or subtract people to it, as appropriate. The Task Force will also be very focused on Vaccines & Therapeutics.”

Trump made himself Exhibit A for reopening the country with his Tuesday visit to an Arizona face mask factory, using the trip to demonstrate his determination to see an easing of stay-at-home orders even as the coronavirus remains a dire threat. Trump did not wear a mask despite guidelines saying they should be worn inside the factory at all times.

“The people of our country should think of themselves as warriors. We have to open,” Trump declared Tuesday as he left Washington on a trip that was more about the journey than the destination.

In Arizona, Trump acknowledged the human cost of returning to normalcy. 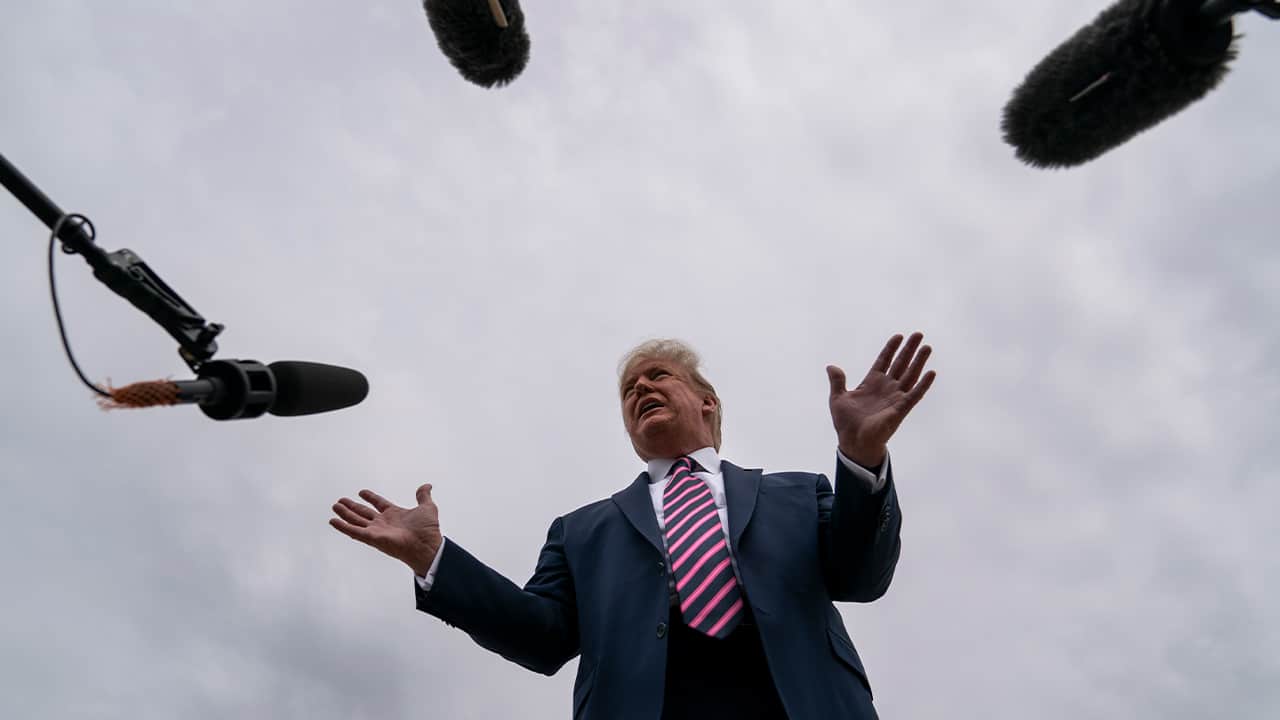 President Donald Trump talks to reporters before boarding Air Force One for a trip to Phoenix to visit a Honeywell plant that manufactures protective equipment, Tuesday, May 5, 2020, in Andrews Air Force Base, Md. (AP Photo/Evan Vucci)

The Centers for Disease Control and Prevention has recommended that all Americans wear cloth masks when they can’t socially distance, such as in supermarkets, especially in places with high transmission rates. In the area where Trump spoke, a large video monitor listed safety guidelines, one of which said, “Please wear your mask at all times.”

Vice President Mike Pence created a stir recently when photos showed him maskless in a visit to the Mayo Clinic surrounded by hospital officials and doctors all wearing masks. He said that he hadn’t known it was a requirement and that he is tested for the virus frequently. He wore a mask at an event a few days later.

The president spent about three hours in Phoenix, touring the Honeywell factory and holding a roundtable on Native American issues. Aides said the trip would be worth the nearly eight hours of flight time as a symbolic show that the nation is taking steps back to normalcy. The trip was also expected to be a marker of Trump’s return to a regular travel schedule, as he hopes the nation, too, will begin to emerge from seven weeks of virus-imposed isolation.

Trump sees economic revival as a political imperative, as his allies have noted an erosion in support for the president in recent weeks. Republicans believe Trump’s path to a second term depends on the public’s perception of how quickly the economy rebounds from shutdowns meant to slow the spread of the virus.

The White House had begun discussions about winding down its coronavirus task force, which has already been meeting less frequently, Pence said Tuesday. Its members have become fixtures on television sets across the nation, with Americans hungry for information and marooned at home.

“I think we’re having conversations about that and about what the proper time is for the task force to complete its work and for the ongoing efforts to take place on an agency by agency level,” Pence said at the White House. He said the group could wind down its work by early June.

Asked about his statements in February playing down the threat of the virus, Trump told ABC in an interview that medical experts also had underestimated the risk and added: “I want to be optimistic. I don’t want to be Mr. Doom and Gloom. It’s a very bad subject. I’m not looking to tell the American people when nobody really knows what is happening yet, ‘Oh this is going to be so tragic.’”

Related Topics:coronavirusCOVID-19President Donald Trump
Up Next

UK Scientist Who Warned Over Virus Quits for Lockdown Breach

Uber to Lay Off 3,700 Workers and CEO to Waive Salary