Some Valley residents are still waiting for their $1,200 federal COVID-19 stimulus check to arrive. And government data shows it could take several more weeks for the promised relief money to reach them.

“Paper checks will be issued at a rate of about 5 million per week, which could take up to 20 weeks.” — April 16 House Ways and Means Committee memo

That’s because Visalia and Fresno residents are ranked at the very bottom of the list of Americans who previously set up direct deposit accounts with the IRS, according to the personal finance website MagnifyMoney. Those without direct deposit have to wait for a paper check to show up in their mailbox.

Related Story: Some Coronavirus Stimulus Checks Delivered, IRS Says. How to Make Sure You Get ...

Up to 20 Weeks to Mail Checks

Mailed checks started going out in late April, several weeks after most direct deposit payments were issued. But government officials have said that check printing limitations could result in some payments not arriving for months.

“Paper checks will be issued at a rate of about 5 million per week, which could take up to 20 weeks,” according to an April 16 memo circulated by the House Ways and Means Committee.

Chris Horymski, senior research analyst with MagnifyMoney, says the delay could blunt the benefit the payments were designed to provide. 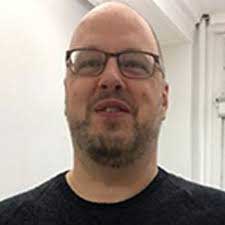 “There’s a certain percentage of the population nationwide that don’t have either a bank account or are basically using places like check-cashing outlets and Walmart for nearly all of their financial needs.” — financial analyst Chris Horymski

“Receiving the check eight weeks from now, for instance, won’t be of help if you’ve already passed a point of no return with (the) bills that have arrived in your mailbox,” he said.

Some Recipients Don’t Use Banks

In both Visalia and Fresno, about a quarter of all tax filers received their refund in the mail from the IRS in 2018, Horymski’s research showed. Unless those individuals have since provided their bank account information to the IRS, they will receive their COVID-19 relief payments the same way.

“There’s a certain percentage of the population nationwide that don’t have either a bank account or are basically using places like check-cashing outlets and Walmart for nearly all of their financial needs,” Horymski said

Then, there are those people who just prefer paper checks. “They just don’t like dealing with money electronically as much as younger folks,” Horymski said.

As the days and weeks go on, he said, the impacts are likely to compound.

“It’s a cascading set of consequences that people may have to concern themselves with, depending on how tight their household cash flow is at the moment.”

In a more hopeful sign, the IRS said last week that over 130 million stimulus payments have already been distributed. That’s out of an estimated 150 million in total expected to be sent out — which indicates the process could be moving faster than originally anticipated.

Still, there continues to be considerable chatter on social media about the status of stimulus checks, lower-than-expected payments, and other questions.

The IRS is encouraging people who are still waiting for their check to use the agency’s online “Get My Payment” tool, though reports of problems with the system have been common.

But for many low-income individuals and others who are not required to file tax returns, using the tool is the only way to get a payment . Without providing basic information to the IRS — including a current address — the government cannot issue a check.