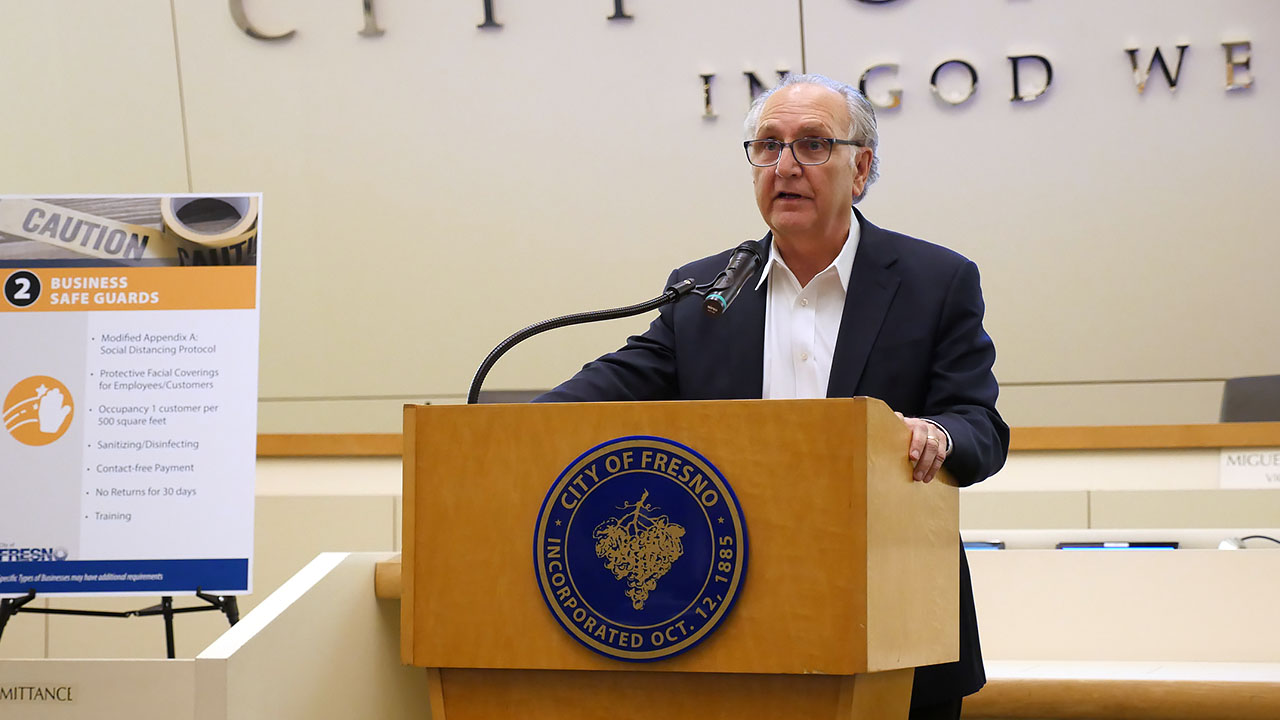 At his news conference Tuesday evening, Fresno Mayor Lee Brand expressed surprise that Fresno County officials objected to his extension of the city’s shelter-in-place through May 31.

“This was a complete surprise to me and everybody else. And I simply don’t understand it,” Brand said. “We have to work as partners in this deal for us to go forward and higher levels of risk, we need the county to have the metrics there, and at this point in time, they don’t seem to be there. We’re hoping they will get there. We’ve offered our help on this.”

Brand extended the order until the end of the month in an announcement last Friday. It was the third time the city pushed back an open date.

At the same news conference, Brand announced that retail stores in Fresno can resume operations at some level starting next Monday.

“Our community has enough to consider as we work through this pandemic without having to add another layer of bureaucracy. We hope the city of Fresno will consider canceling its stay-at-home order so that we may all move forward in this recovery together,” Fresno County Supervisor Buddy Mendes said.

The county never issued a shelter-in-place order, saying it abides by the state directive.

“Quite frankly, we’d like to see the city of Fresno change its order to be in compliance with the state. It would make it a lot easier for all of us,” Rousseau said.

Brand said in meetings on Monday and as recently as 1:30 p.m. Tuesday, Mendes and Supervisor Nathan Magsig expressed no objection.

“I don’t know what happened between yesterday and today,” Brand said.

Fresno’s order applies only to the city limits. Neighboring Clovis voted on Monday to lift some of its restrictions and plans to let businesses reopen in accordance with state guidelines on Friday.

Arias: We Save Lives

“First, and most importantly, (the shelter order) saved lives so that we don’t have to have the death rates of our neighbors in Tulare County,” Arias said. “Secondly, it allowed us to maintain local control. Some would prefer that we shift the responsibility in the decisions to Sacramento so that they can simply blame Sacramento for all failures and protect themselves from any scrutiny. We chose to lead instead.”

Arias called the shelter extension and the plan to reopen commerce “in the best interest of our city.”

Fresno Lifts Limits on Dentists and Doctors. But Getting an Appointment Could be Difficult.