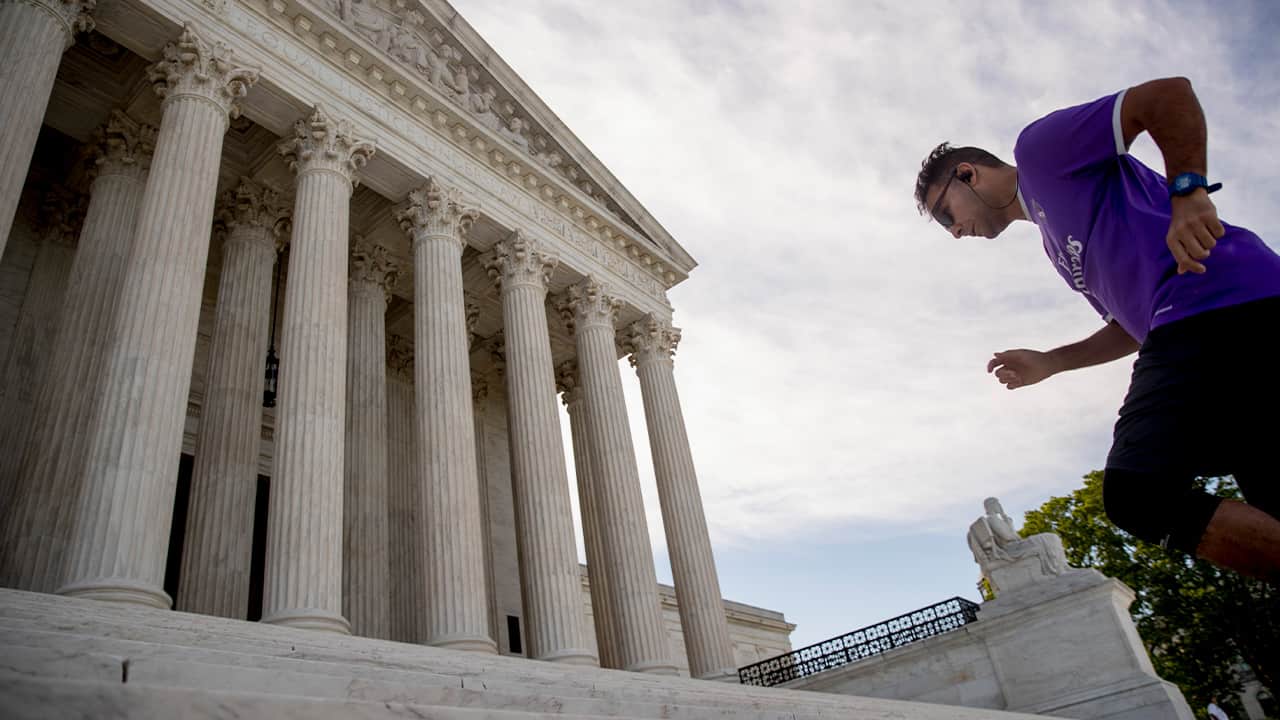 WASHINGTON — It’s a morning of firsts for the Supreme Court, the first time audio of the court’s arguments was heard live by the world and the first arguments by telephone.

The changes are a result of the coronavirus pandemic, which has made holding courtroom sessions unsafe, especially with six justices aged 65 or older and at risk of getting seriously sick from the virus.

Arguments, scheduled to last an hour as they would generally in the courtroom, ran 17 minutes long, but without serious problems. The justices asked roughly two questions apiece at a time, and Roberts occasionally interjected to keep things moving.

The historic session began at the usual time of 10 a.m. EDT, when Marshal Pamela Talkin called the court to order and Chief Justice John Roberts announced the day’s case.

Arguments, scheduled to last an hour as they would generally in the courtroom, ran 17 minutes long, but without serious problems. The justices asked roughly two questions apiece at a time, and Roberts occasionally interjected to keep things moving.

And there was one mild surprise: Justice Clarence Thomas asked questions for the first time in more than a year.

Several justices said “good morning” to the lawyers, a telephone nicety not often heard in the courtroom. The justices also did not interrupt each other, as they frequently do in court, and instead took turns asking questions.

The court’s plaza, normally bustling on the mornings of arguments, was deserted Monday, as it has been since the building was closed to the public in mid-March because of the virus outbreak. Two months of arguments were postponed before the court decided to hear 10 cases over six days in May.

The experiment could propel the court to routinely livestream its arguments. Or it could just be an extraordinary exception to the court’s sustained opposition to broadening the audience that can hear, if not see, its work live.

Cases that will be heard over the next two weeks include President Donald Trump’s effort to shield tax and other financial records and whether presidential electors have to cast their Electoral College ballots for the candidate who wins the popular vote in their state.

The court chose a somewhat obscure case about whether the travel website Booking.com can trademark its name for its first foray into remote arguments. The lawyers on both sides are well known to the justices and experienced in arguing before the nation’s highest court.

Justice Department lawyer Erica Ross, who once served as a law clerk to Justice Elena Kagan, was first up. She last argued at the court in late February. She delivered this Supreme Court argument, her sixth, from a Justice Department conference room.

She was followed by Lisa Blatt, a onetime government lawyer who will be arguing her 40th Supreme Court case. Blatt will be at her Washington-area home, she told The Washington Post.

She is known for her colorful writing and speaking style and for her ability to engage in a healthy give and take with the justices. She was also a prominent liberal supporter of Justice Brett Kavanaugh during his contentious Senate confirmation hearings for the Supreme Court.

Blatt, representing Booking.com, got Justice Sonia Sotomayor to laugh out loud when she told the justice, “It looks like we would have lost if you were the trial judge.”

Each lawyer got two uninterrupted minutes to make an opening statement, after which Roberts kicked off the questioning. After that, the justices asked questions in order of seniority. Kavanaugh, who joined the court in 2018, went last.

The court sometimes issues opinions at the start of argument sessions, with the justice who wrote for the majority reading a summary of the opinion and, more rarely, a second justice summarizing a dissent. But in another change wrought by the virus outbreak, opinions are being posted online without any statements from justices. The court will next issue opinions on Thursday.

The session ended as it always does in the courtroom. Roberts said, “The case is submitted.”

Talkin followed: “The honorable court is now adjourned until tomorrow at 10 o’clock.”

Related Topics:coronavirusSupreme Court
Up Next