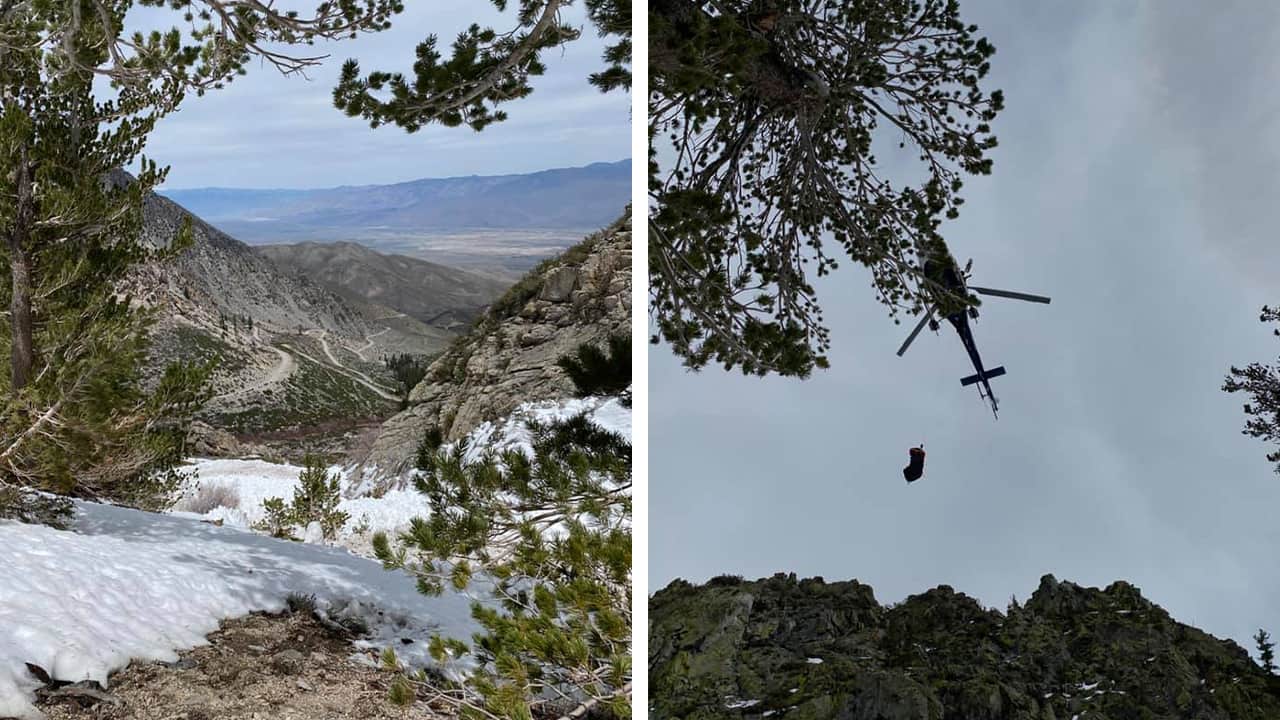 INDEPENDENCE — Two people who tried to climb and ski in the eastern Sierra Nevada were struck by an avalanche and had to be rescued, the Inyo County Sheriff’s Office said.

The avalanche was reported in the Onion Valley area late Wednesday morning and responding deputies provided first aid until the Inyo Search and Rescue team arrived.

The Sheriff’s Office only described the victims as a male and female pair from the Lake Tahoe area who set out around 9:30 a.m. to ascend and then ski a canyon on the northeast side of Independence Peak, near the Kearsarge trailhead.

“After climbing for several hours they heard, then saw, an approaching avalanche,” a statement said. “Both were caught up in the moving snow; the male skier was able to grab some rocks until the snow passed, while the female was carried out of sight down the canyon.”

The male moved down the canyon and located his partner.

Her injuries were too severe for her to be carried out and a rescue helicopter was summoned to fly her to a hospital.

The Sheriff’s Office asked the public to adhere to coronavirus stay-at-home directives and not engage in high-risk outdoor activities that may require rescuers to break social-distancing and share equipment and vehicles.