Bagieng Keophimphone was in middle school when his father suffered his first stroke and was hospitalized. There were no doctors who could speak Laotian, so Keophimphone helped translate for his father and saw firsthand how language can be a barrier for health care.

Today, there are still very few doctors in the Valley who speak Laotian, but Keophimphone hopes to change that.

The 22-year-old Fresno State senior, who majored in biochemistry and is graduating with a 3.93 grade-point average, has his eye on medical school.

He is one of nine undergraduates at Fresno State who are Deans’ Medalists for the Class of 2020, recognized as the university’s top students for achievements that include academic excellence and community involvement. He represents the College of Science and Mathematics.

His extracurricular activities include volunteering with the Laotian American Community of Fresno, where he has talked with younger students about the importance of higher education, and serving as president of the American Chemical Society Fresno Chapter.

“Believe it or not, I just liked the mascot. Coming from an immigrant family, you think of America, you think of eagles.” — Bagieng Keophimphone

Keophimphone also was involved with the UCSF-Fresno Academic Research program, Tzu Chi Clinic, and the Community Care Clinic, where he worked with a Laotian-American physician, Dr. Khampha Thephavong.

Thephavong, a Fresno State alumna, is director of medical services at the campus Student Health and Counseling Center.

Keophimphone didn’t always want to be a doctor. In elementary school — he would attend schools in Fresno, Central, and Clovis unified districts before graduating from Buchanan High School — he dreamed of being a football player.

Unlike other kids in the neighborhood who cheered for California teams like the Raiders or 49ers, he was a fan of the Philadelphia Eagles.

“Believe it or not, I just liked the mascot,” he said. “Coming from an immigrant family, you think of America, you think of eagles.”

But as he grew older, he realized that his strength was in academics, not athletics, and focused on his studies.

Going to medical school — or even college — is still an unusual choice for members of the Laotian-American community, who more typically go right to work after high school to help support the family, Keophimphone said. And with few role models in higher education, younger people don’t consider it an option.

“She would always tell me to see how much my mom and dad were struggling in the farm field, and she would just tell me ‘if you don’t want to struggle like how they’re doing, get an education.’ “ — Bagieng Keophimphone

Keophimphone didn’t have to look far to find another role model, however. One of his older sisters also attended Fresno State and earned a bachelor of science in nursing. She now works for the VA Medical Center in Fresno, he said.

Their father served in the Laotian military, assisting U.S. forces, and the family later immigrated to the U.S. Their parents took jobs as farm laborers to support Keophimphone and his three older siblings.

He said his sister knew that higher education was their ticket to jobs that didn’t involve such hard manual labor.

“She would always tell me to see how much my mom and dad were struggling in the farm field, and she would just tell me ‘if you don’t want to struggle like how they’re doing, get an education,’ ” he said.

Hopes To Stay in Valley

The next step for Keophimphone after he graduates from Fresno State is winning admission to medical school, which has been complicated somewhat by the COVID-19 pandemic shutdowns. Keophimphone says he still needs to take the Medical College Admissions Test, or MCAT, which has been postponed because of the novel coronavirus.

“I look forward to being a part of helping people in general, and especially during this time when everybody is struggling.”  — Bagieng Keophimphone

He wants to stay in California and also stay close to home, so his two top schools are the California Health Sciences University in Clovis, which opens to its inaugural class this fall, and the UCSF SJV PRIME program that includes the UCSF-Fresno campus.

The COVID-19 crisis “definitely reinforces it. We still don’t have enough medical providers,” he said, referring to the Valley having fewer healthcare providers per capita than other parts of California.

“I look forward to being a part of helping people in general, and especially during this time when everybody is struggling. It highlighted the importance of being able to become a medical provider and being able to alleviate this problem that we’re all going through.”

Profiles of the Other Fresno State Dean’s Medalists 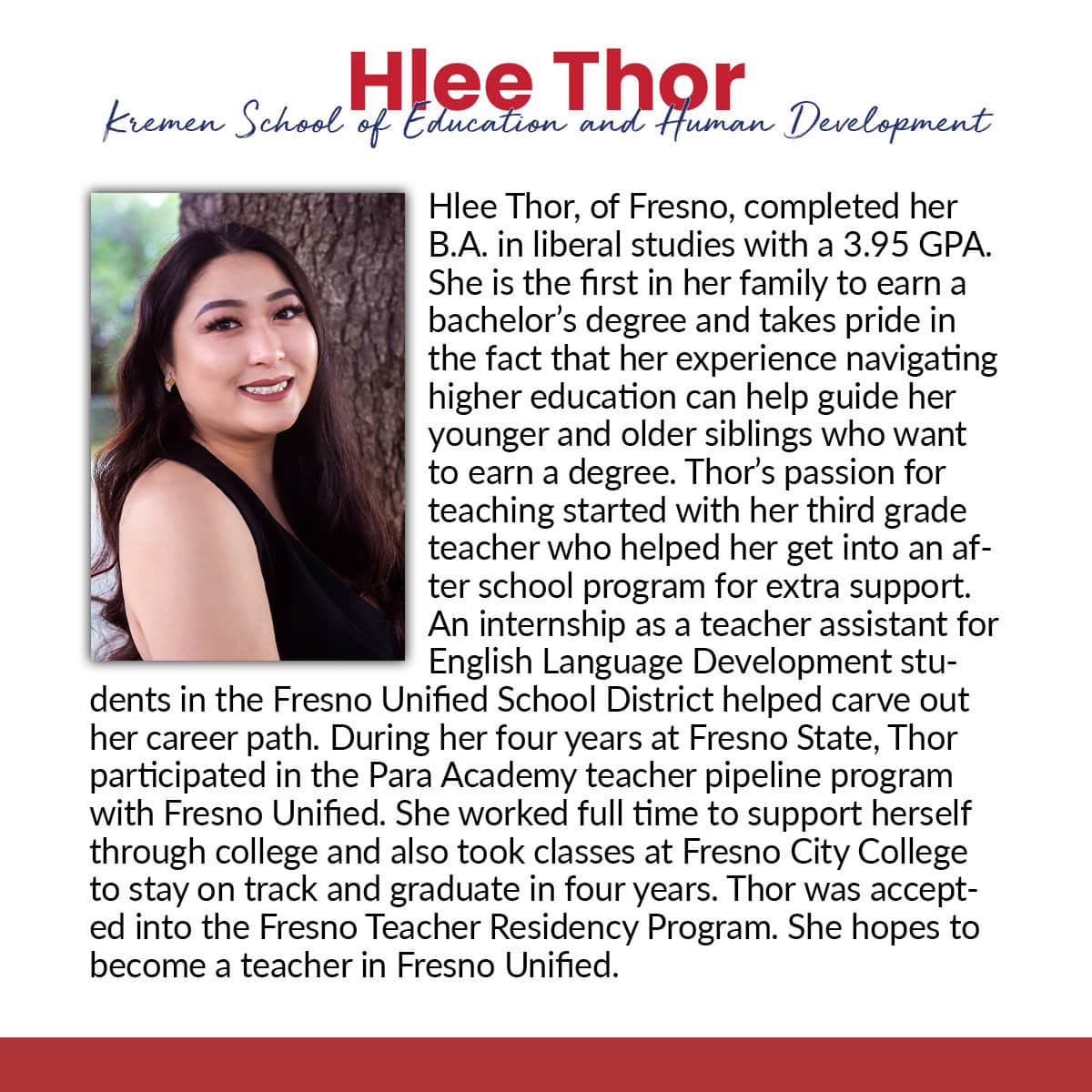 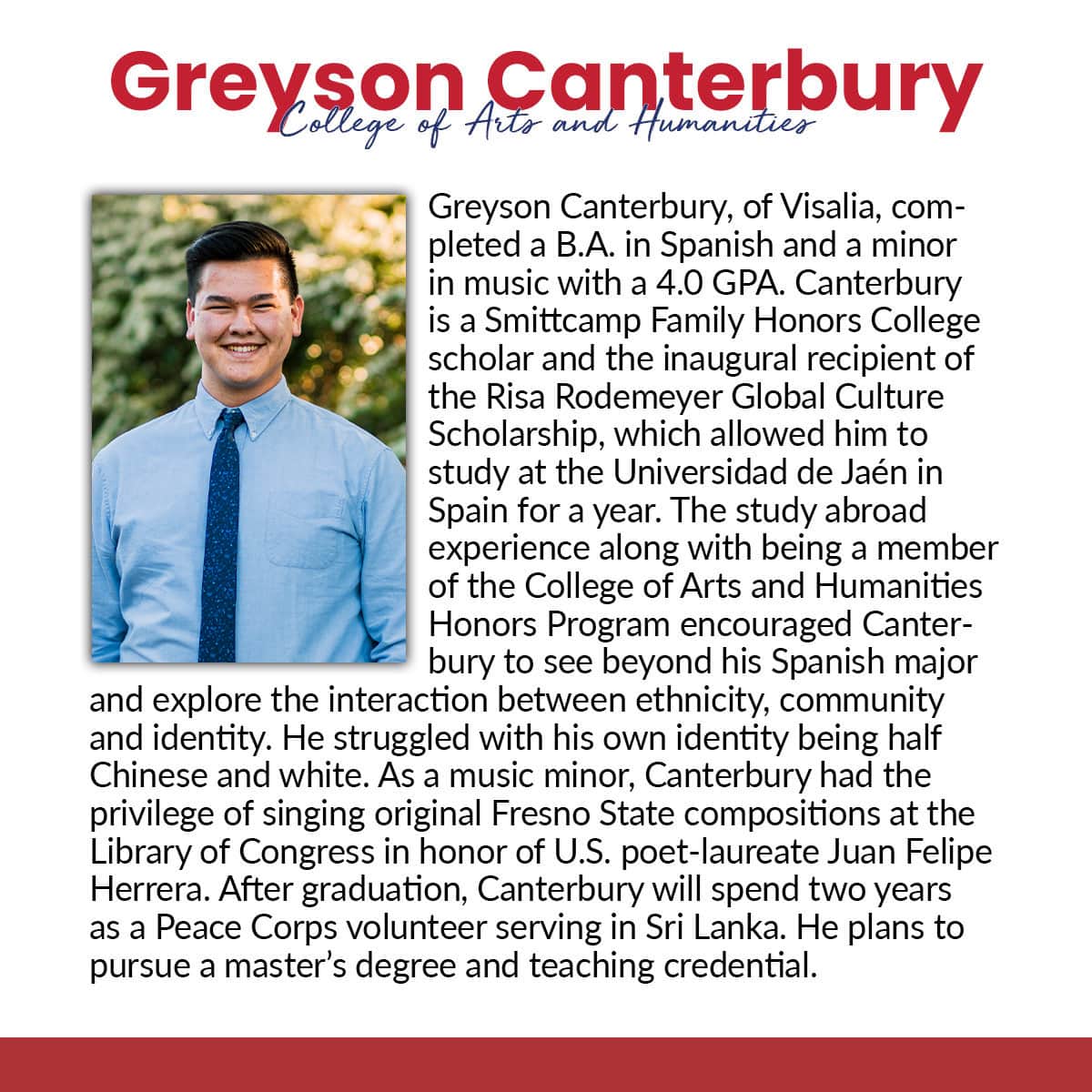 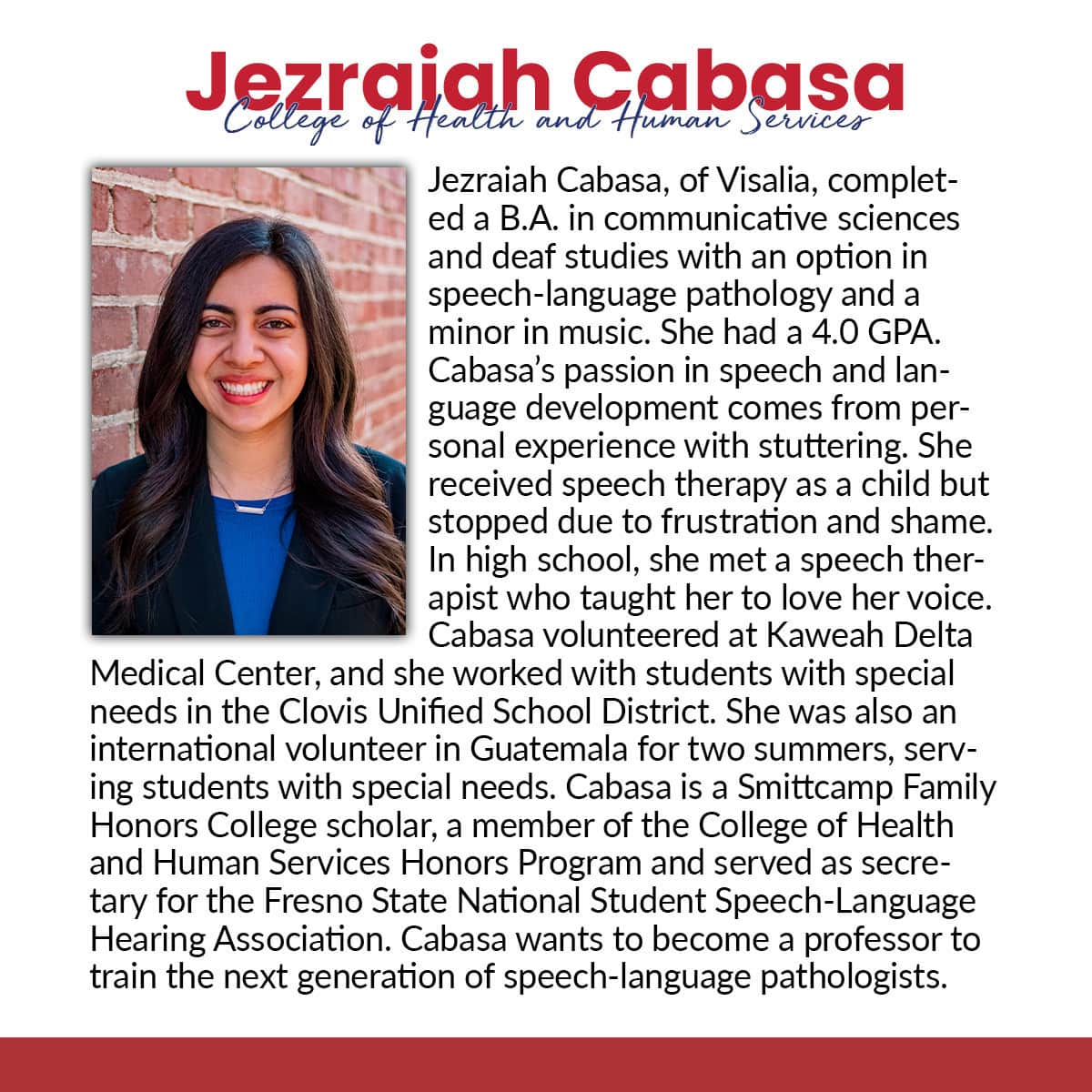 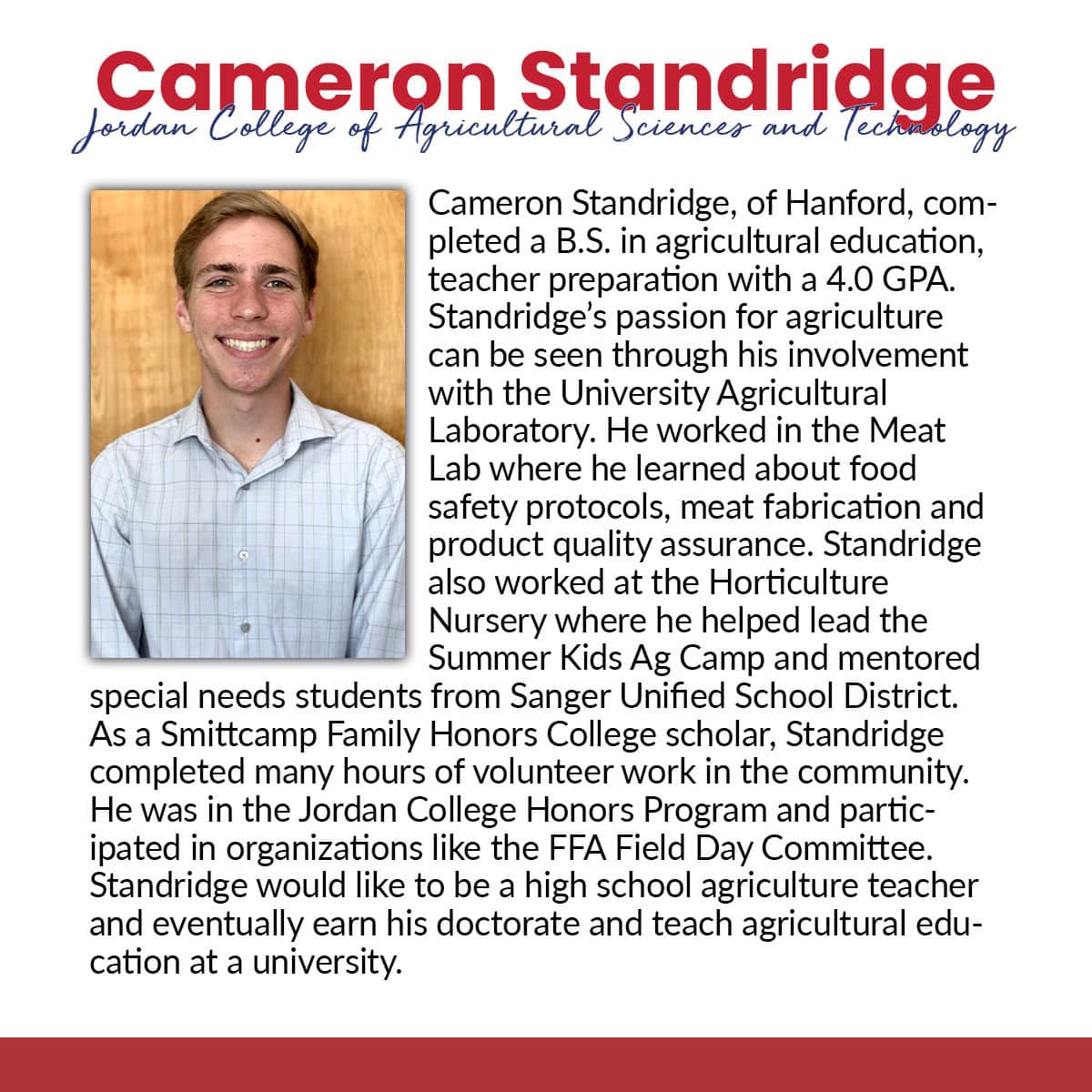 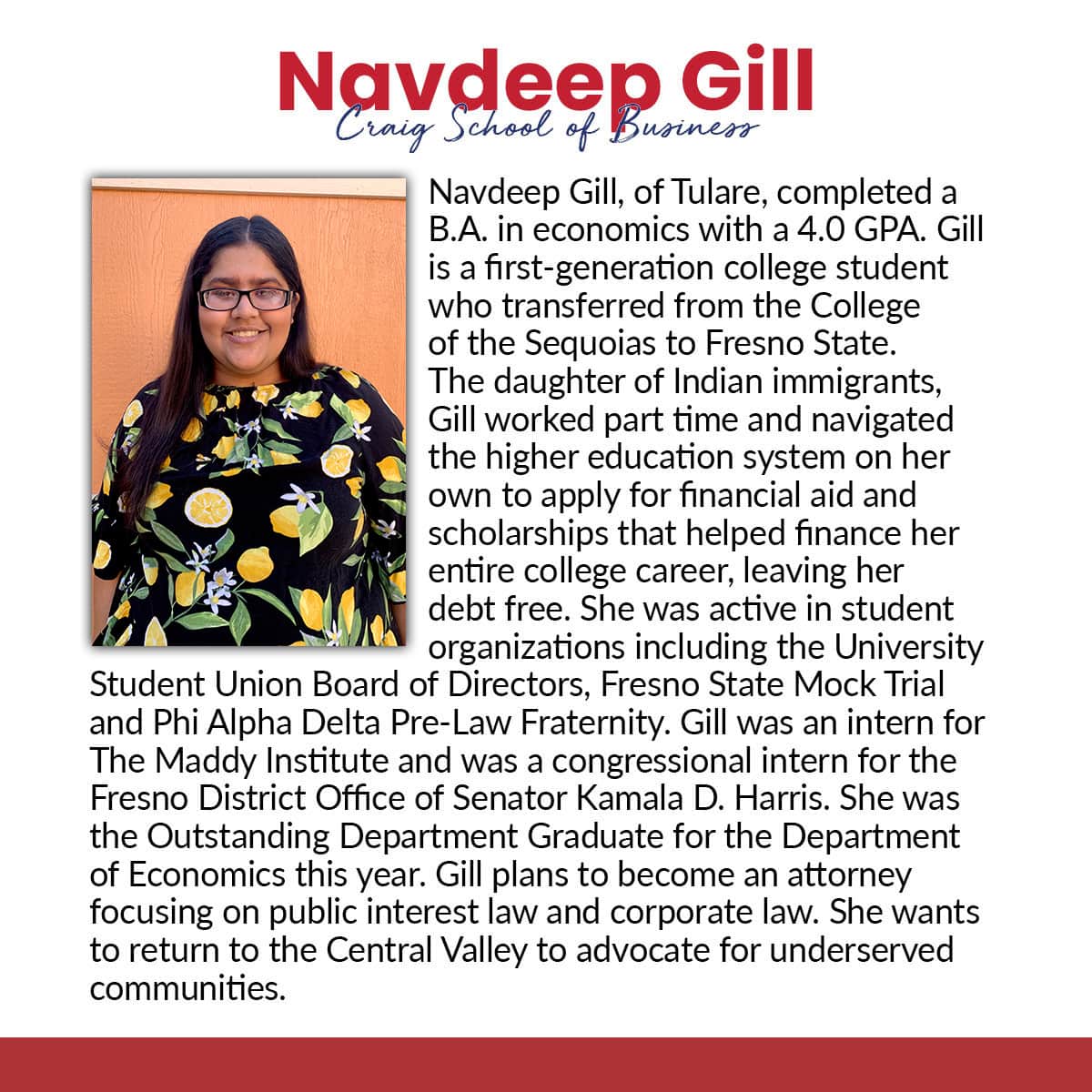 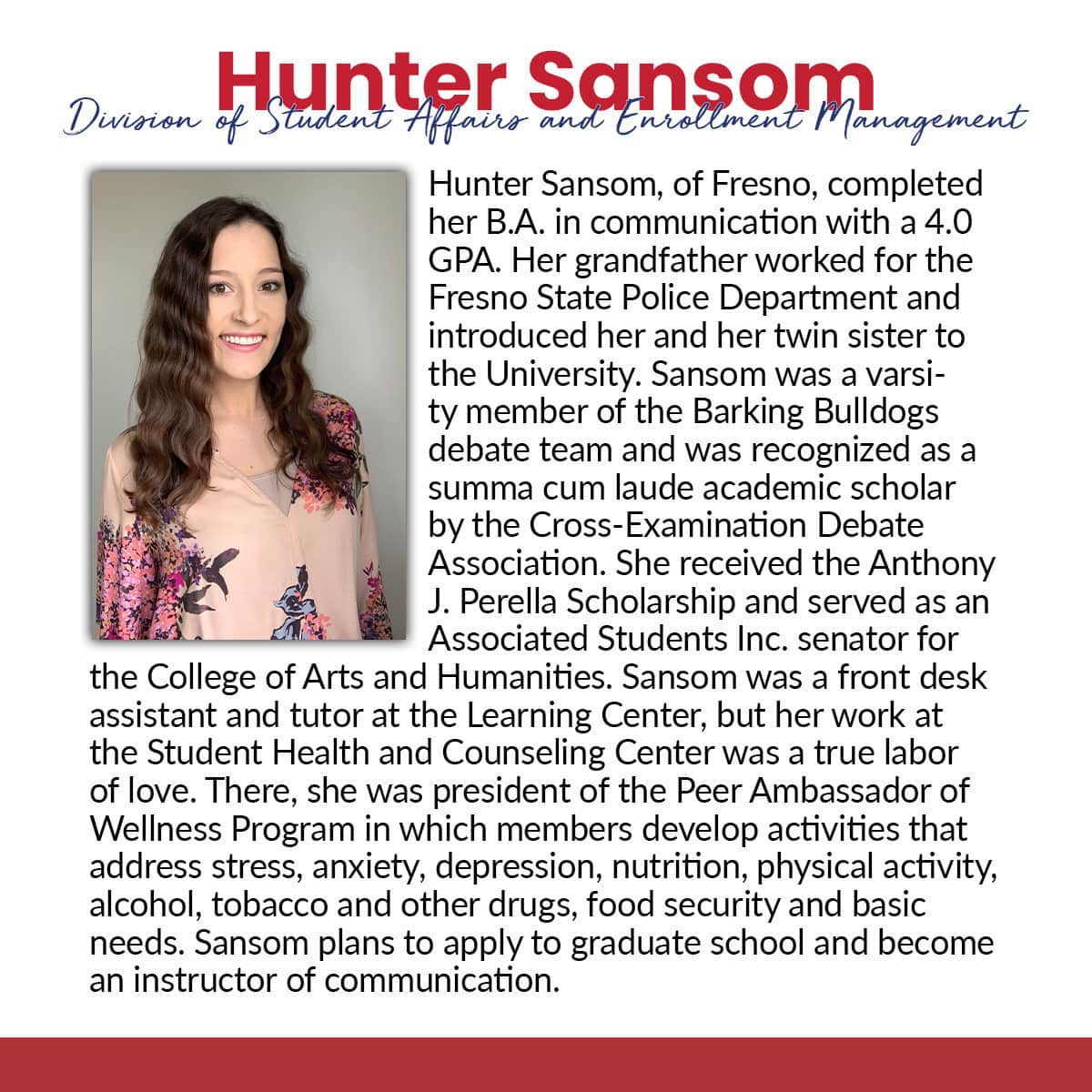 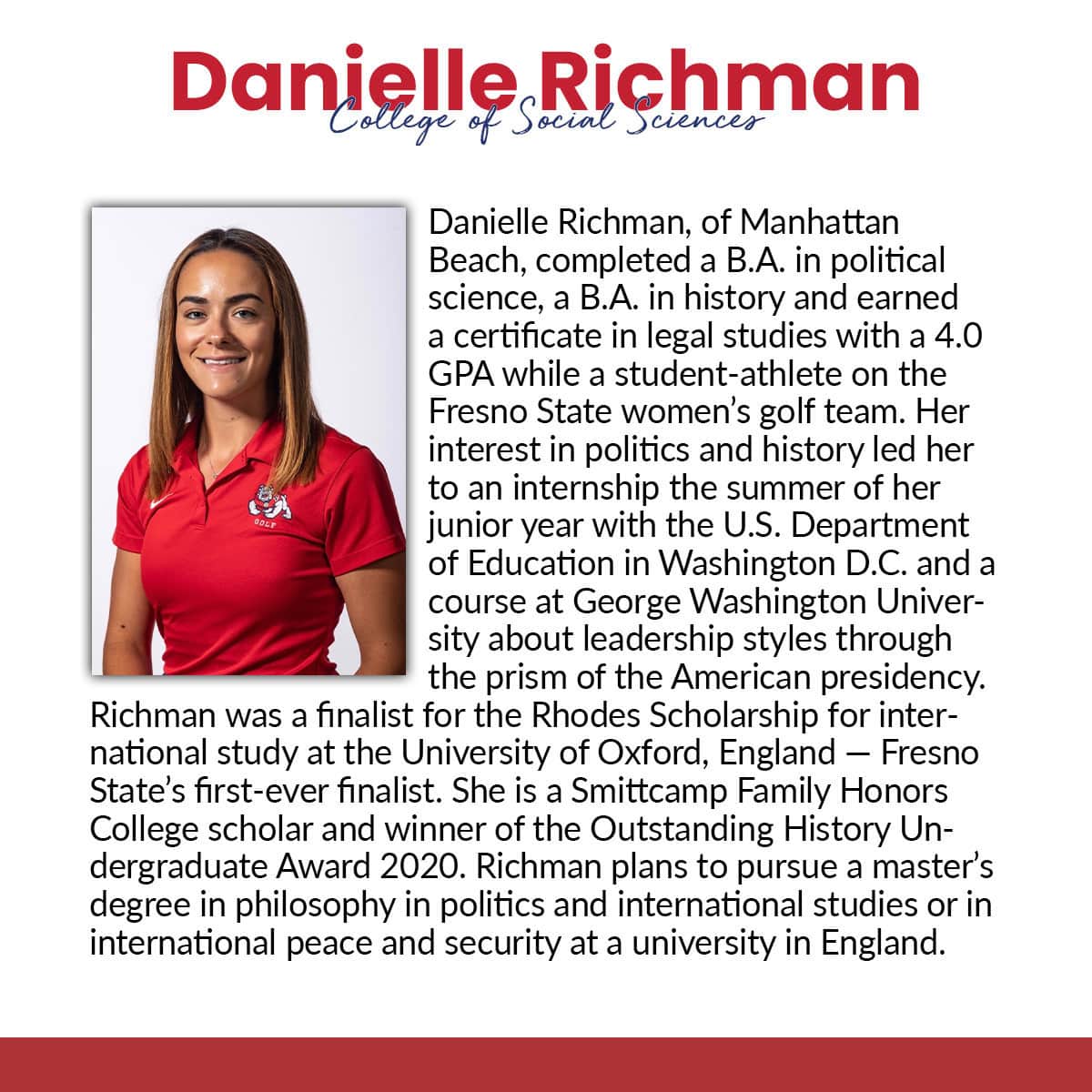 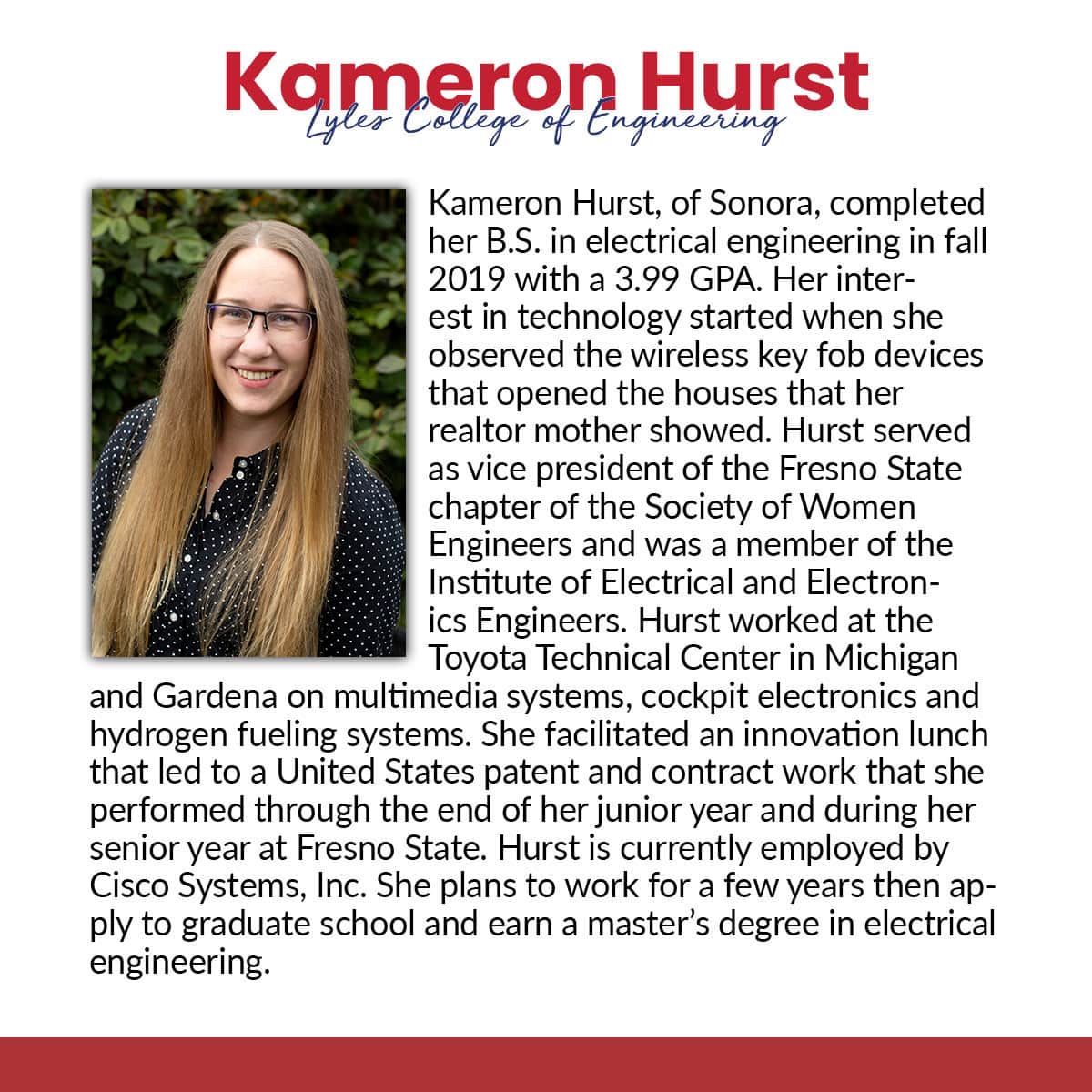