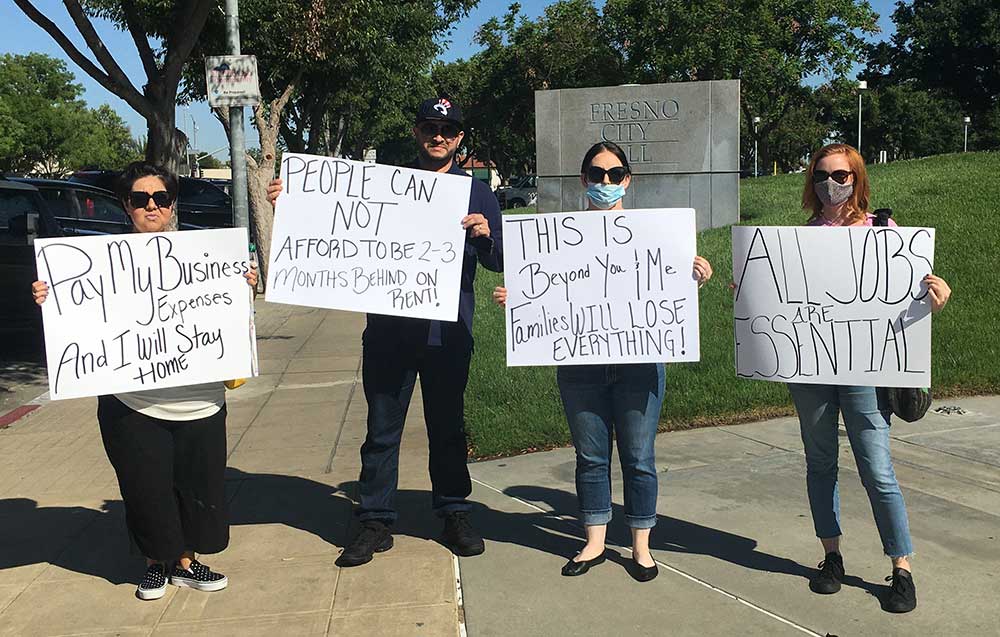 During his hour-long news conference outside the council chambers at Fresno City Hall, Bredefeld used terms like “draconian,” “heavy-handed,” and “authoritarian” to describe state and local government’s reaction to the coronavirus pandemic.

“We as a community and society can no longer be silent,” Bredefeld said. “These politicians are not doctors. They’re not economists. Many are drunk with newfound power and they’ve imposed the heavy hand of government and an authoritarian rather than a commonsense approach to dealing with the serious health crisis.” 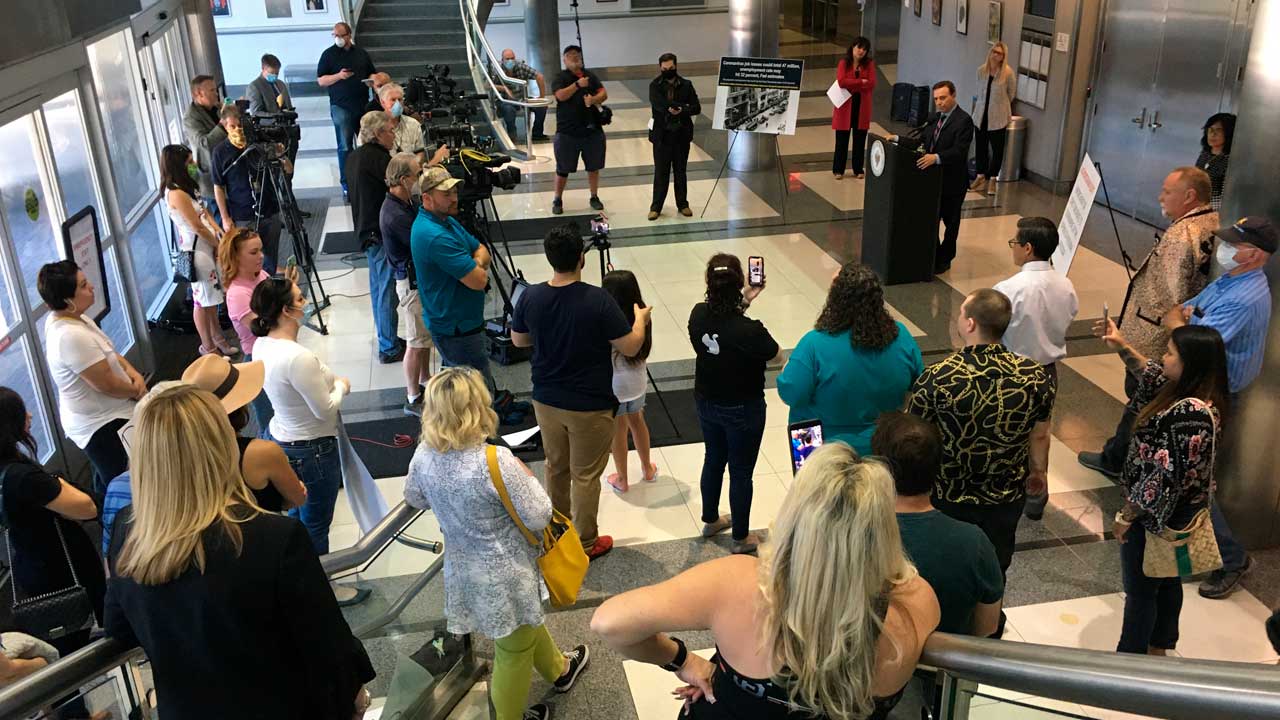 Brand’s office responded to GV Wire’s request for comment on Bredefeld’s news conference with this statement:

“The Mayor’s very precious time and attention are focused entirely on the collaborative process protecting the health and safety of our residents and planning for a phased process of economic recovery to get people back to work and businesses thriving. Anything else is a distraction he doesn’t have time for right now.”

No Local Lawsuit Yet

“These politicians are not doctors. They’re not economists. Many are drunk with newfound power and they’ve imposed the heavy hand of government and an authoritarian rather than a commonsense approach to dealing with the serious health crisis.” — Councilman Garry Bredefeld

Bredefeld said he is in “negotiations” to file a lawsuit to overturn the city of Fresno’s shelter-in-place orders that categorized essential and non-essential businesses.

“I’m in conversations with lots of lawyers. The fight just begun. I will be involved. …  And, we’re gonna win eventually,” Bredefeld said.

In the meantime, he is hoping that a lawsuit filed in Los Angeles last week against the state and local governments in that region will provide relief.

“This lawsuit reflects hope. It reflects the opportunity to get civil liberties, freedoms and our constitutional rights back,” Bredefeld said, holding up the lawsuit filed by attorneys Harmeet Dhillon and Mark Geragos.

That suit challenges the constitutionality of state government defining what is and isn’t an essential business.

‘We Just Want to Go Back to Work’ 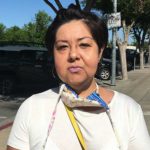 “We’re doers. We’re workers. If we weren’t doers and workers, people of Fresno wouldn’t come to us. Hair is essential because it’s hygienic.” — Anna Avenell of Glitz Beauty Studio

Crystal Childers runs her own licensed cosmetology business, Crystal Cosmo. She held a sign in the plaza in front of City Hall before attending Bredefeld’s news conference.

Childers says she plans to reopen May 7, when the city’s shelter-in-place ordinance is scheduled to end.

Anna Avenell opened up her salon, Glitz Beauty Studio, on March 16. She had to close down two days later. She believes her business is essential.

“We’re doers. We’re workers. If we weren’t doers and workers, people of Fresno wouldn’t come to us. Hair is essential because it’s hygienic,” Avenell said.

Other business owners spoke during Bredefeld’s news conference, talking about the hardships of being forced to close.

“I’m flabbergasted,” she said. “What’s frustrating is all of the time and energy and love that we have put into our businesses and it’s literally being stripped. We can’t even sell the items from our store.”

Ratliff also said that the city told her she couldn’t sell items online.

GV Wire reached out to the city and awaits a response to Ratliff’s statement that she isn’t allowed to operate online.

Bredefeld called for his city council colleagues to donate their $80,000 salaries to charity, so they know what it’s like to go without a paycheck.

“Every one of these people that are supporting the unconstitutional mandates that are destroying people’s lives should donate their salaries until these policies they support are ended,” Bredefeld said.

Bredefeld exempted himself from donating his salary because “I want to open up businesses. … There’s a difference.”

Non-essential businesses have been shuttered by city and state orders since March 19. Bredefeld said they can open safely using social distancing guidelines.

Those businesses, Bredefeld said, “can do the very same thing that the big box stores are doing.”