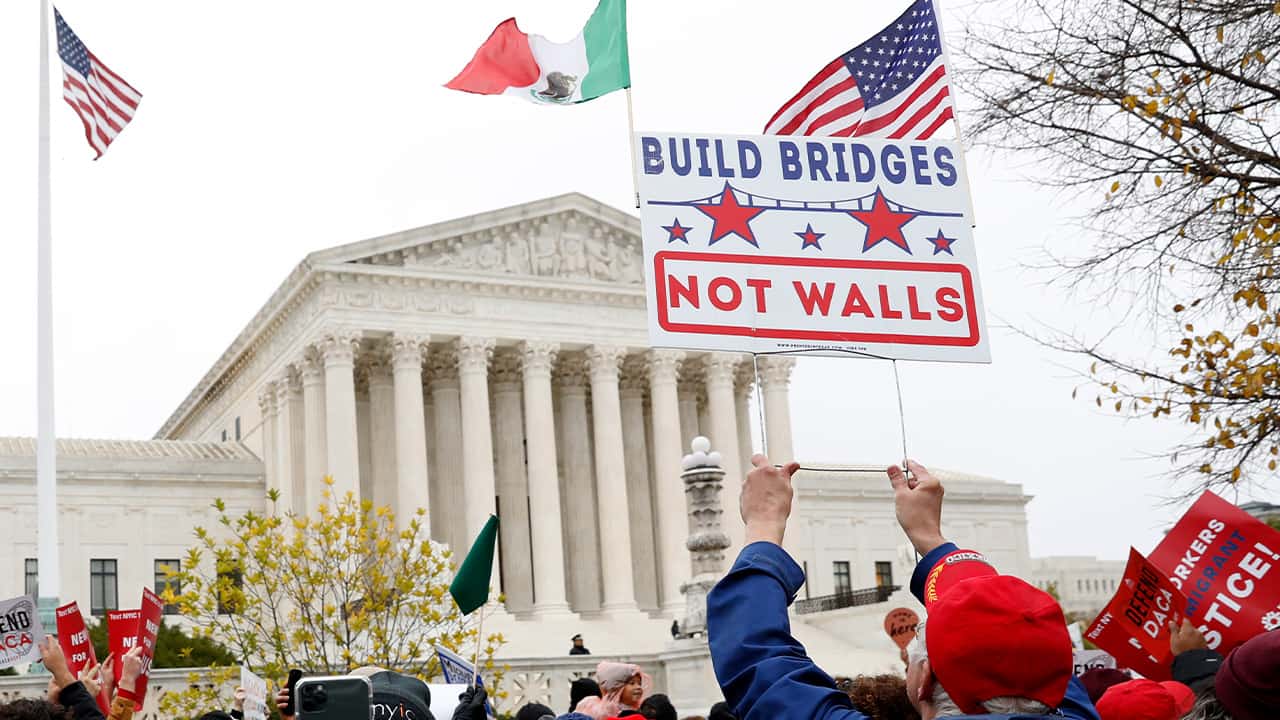 The Trump administration is barring most international students and all students who entered the U.S. illegally from receiving emergency college grants approved by Congress as part of nearly $2 trillion coronavirus rescue package.

Education Secretary Betsy DeVos issued the restriction in new guidelines released Tuesday telling colleges how to distribute more than $6 billion in grants meant to help students cover unexpected costs triggered by the pandemic. Earlier guidance from the Education Department suggested universities would have wide flexibility in distributing the grants, but the new guidelines said that only students who qualify for other federal student aid can receive the aid.

More than 400,000 students are estimated to have entered the U.S. illegally. More than 1 million international students are enrolled at U.S. colleges.

More than 400,000 students are estimated to have entered the U.S. illegally. More than 1 million international students are enrolled at U.S. colleges.

University leaders and immigration groups blasted the change, saying DeVos is imposing new limits that were not included in Congress’ legislation. The rescue package did not specify which students are eligible for grants, and many colleges had planned to distribute emergency grants to needy students regardless of their citizenship status.

Some prestigious universities cited the new policy in decisions to reject the funding. Princeton University announced Wednesday that it would refuse its $2.4 million share of coronavirus relief over the policy. Harvard University also cited the change in its decision to reject $8.7 million in aid.

The Education Department said its guidance is aligned with other federal laws. The agency cited the Higher Education Act, a sweeping law that says only U.S. citizens and a narrow set of “eligible noncitizens” are eligible for federal student aid. Angela Morabito, a department spokeswoman, said the rescue package legislation “makes clear that this taxpayer funded relief fund should be targeted to U.S. citizens, which is consistently echoed throughout the law.”

But some higher education advocates challenged that claim. The American Council on Education, an association of college presidents, said the rescue package placed no limits on student eligibility.

Related Story: Your Next Boss Could Be an Undocumented Immigrant; Growing Number of Business ...

Guidelines Create Confusion About Which Students Can Receive the Grants

“The statute says almost nothing about who is eligible to receive a grant. The Department of Education owns this decision. Period,” said Terry Hartle, the group’s senior vice president. He added that the group is disappointed by DeVos’ policy. “We strongly believed many of these students needed help.”

The guidelines have created confusion about exactly which students can receive the grants, Hartle said. It’s clear that the department is excluding immigrants who entered the U.S. illegally and international students, he said, but it’s unclear how schools should determine eligibility. Most colleges don’t ask students if they’re U.S. citizens, he said, and officials have no easy way to check.

“A college could give an emergency grant to a Dreamer without realizing the person is a Dreamer,” he said, referring to immigrants who were brought to the U.S. illegally but allowed to stay under the Deferred Action for Childhood Arrivals program, or DACA.

At the University of California, Riverside, officials had been planning to award grants to some of the campus’ estimated 600 DACA recipients. Now, officials will turn to fundraising or other revenue sources to help students excluded by the Education Department.

Chancellor Kim Wilcox said he’s grateful for the federal relief but was disheartened by DeVos’ policy.

Student advocates see DeVos’ update as a reversal from her previous guidance. When DeVos made the funding available in early April, she said colleges would be given flexibility in deciding how to award grants. She told colleges to focus on helping the neediest students. And in paperwork that colleges sign to receive the funding, the agency says the relief isn’t considered federal financial aid.

That earlier guidance led some schools to believe the grants were exempt from citizenship requirements.

“They’re not going to have the money that they need to stay connected to their college. And people who drop out of college often do not come back.” — Sara Goldrick-Rab, a professor of higher education policy and sociology at Temple University

Sara Goldrick-Rab, a professor of higher education policy and sociology at Temple University, said the new requirements are cruel to students who were counting on the grants to cover food, housing and other costs, and to colleges that now have to scramble to revise plans for distributing the funding. Losing access to the grants will likely force some students to drop out, she said, especially those whose families are dealing with unemployment amid the pandemic.

“They’re not going to have the money that they need to stay connected to their college. And people who drop out of college often do not come back,” said Goldrick-Rab, who founded the nonprofit Hope Center for College, Community and Justice.

Critics say the policy is particularly unjust because the same students now barred from receiving grants were counted in the formula used to allocate money for schools. The rescue package provided $14 billion for the nation’s colleges, offering them varying sums based on their student enrollment and the percentage of students they teach from poorer backgrounds.

The United We Dream Network, which advocates for DACA recipients, said it was “callous” of DeVos to block so many students from access to funding. Sanaa Abrar, the group’s advocacy director, urged Congress and colleges to find other ways to help students excluded by DeVos’ directive.

“Every single relief package being discussed in Congress must include both the health care and financial assistance immigrant communities need,” Abrar said, “especially as the Trump administration continues to attack and scapegoat our communities amidst a pandemic.”

US Judge Denies Bid to Open California Churches in Pandemic