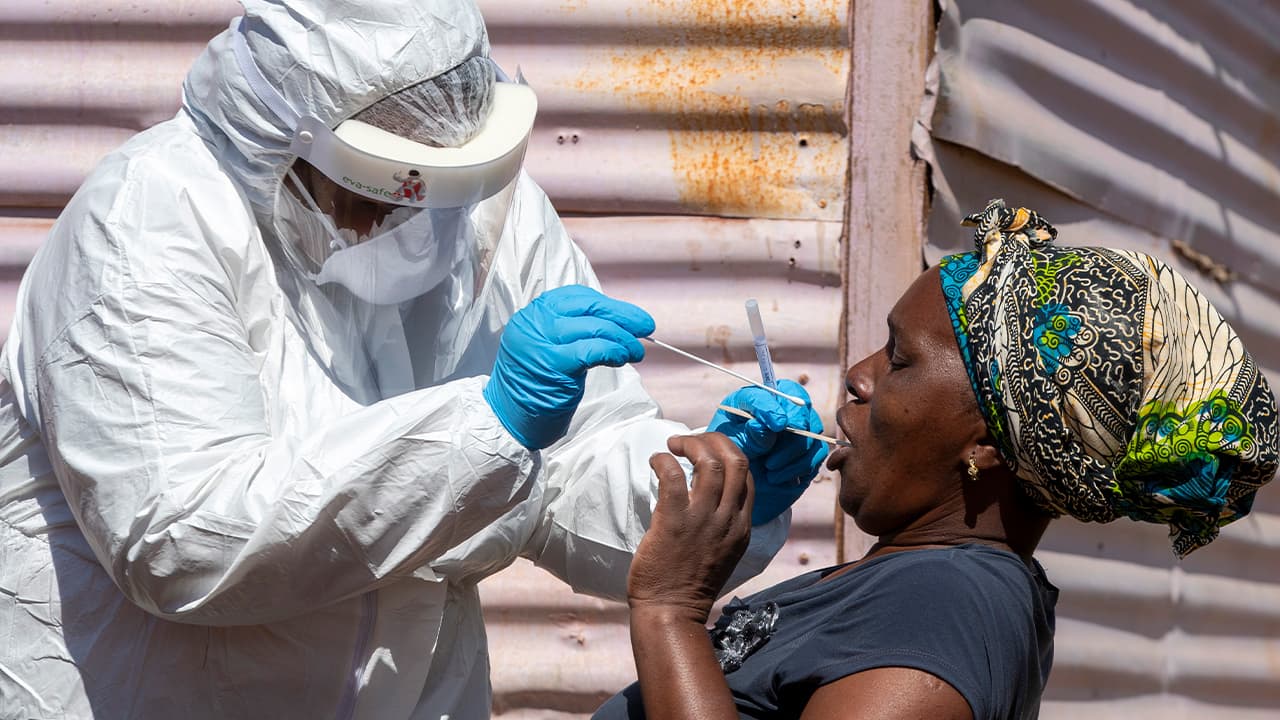 CAPE TOWN, South Africa — Africa registered a 43% jump in reported COVID-19 cases in the last week, highlighting a warning from the World Health Organization that the continent of 1.3 billion could become the next epicenter of the global outbreak.

WHO’s recent report painted a grim picture for Africa, one of the last continents to be hit by the pandemic. WHO warned the virus could kill more than 300,000 people and push 30 million into desperate poverty.

Africa also has a “very, very limited” and “very, very strained” testing capacity, John Nkengasong, director of the Africa Centers for Disease Control and Prevention, said in his weekly briefing on Thursday.

The surge in infections on the continent is almost certainly under-reported and even higher in reality, say medical experts.

WHO’s recent report painted a grim picture for Africa, one of the last continents to be hit by the pandemic. WHO warned the virus could kill more than 300,000 people and push 30 million into desperate poverty.

Africa still has time to avert such a disaster, Nkengasong said, but testing people and tracing virus cases is critical.

“It all depends on what we are discussing here, which is, are you testing? Are you finding the cases? Are you isolating and tracking the contacts?” Nkengasong said, adding that the WHO report “is not a prediction that means it must happen.”

By Nkengasong’s own criteria, Africa is struggling on the testing front.

In the two months since the continent began mobilizing to fight the outbreak, less than 500,000 tests have been conducted on the population of more than 1 billion. That’s just 325 people tested per 1 million people, Nkengasong said. By comparison, that’s far lower than Italy, one of the world’s worst-hit countries, he said.

African governments reported a total of nearly 26,000 cases as of Thursday, according to the Africa Centers for Disease Control and Prevention, up from just over 16,000 a week ago. Around 1,200 people have died. Although those figures are still relatively small in the global picture, the sharp increase in cases is a cause for concern, said Nkengasong. The previous week saw an increase of 29%.

The Africa Centers for Disease Control has a target of conducting 1 million more tests in Africa over the next four weeks and 10 million tests in the next four months. The overall effort is badly hampered, Nkengasong said, by a major obstacle: The existing fragility of the health services in many African countries.

“I’d like to make sure I make this very clear,” he said. “It is an uphill battle to build health systems while you need them. … That is what we are actually doing now. We are playing catch-up and that is a very, very tough thing to do.”

‘Many Lessons Will Be Learned Here’

It’s not exclusively bad news for Africa. South Africa has the highest number of reported cases with around 3,300 but Africa’s most developed economy is being praised for an aggressive testing program. South Africa, aided by an existing infrastructure, has carried out more than 130,000 tests, according to its health minister.

South Africa has the highest number of reported cases with around 3,300 but Africa’s most developed economy is being praised for an aggressive testing program. South Africa, aided by an existing infrastructure, has carried out more than 130,000 tests, according to its health minister.

And “they are starting to see a bending of their curve.” said Matshidiso Moeti, WHO’s regional director for Africa. But South Africa’s early and tentative signs of success — helped, maybe, by a strict lockdown — are being set off by “concerning increases” in virus cases in some countries in West Africa and East Africa, Moeti said.

Nigeria, Africa’s most populous country with 200 million people and a high population density, is a stark example of the testing and health system shortcomings prevalent across the continent. The country has reported 873 cases of COVID-19 and 28 deaths but had conducted just 7,153 tests as of Wednesday, according to the Nigeria Center for Disease Control. Around 5,000 of those tests only came in the last week.

“The truth is, we have to work with what we have. We definitely didn’t start at the baseline where South Africa started,” said Chikwe Ihekweazu, director general of the Nigerian center.

“Many lessons will be learned here and around the world. But the middle of a crisis is not the time you can suddenly build up an infrastructural base that you need 20 or 30 years to build.”

COVID-19 Brings a New Kind of Ramadan for Muslim Community

US Judge Denies Bid to Open California Churches in Pandemic