The coronavirus pandemic will cause a $32 million deficit for the next city of Fresno budget.

“It is enormous. It will be a real challenge for the city to deal with that,” assistant city manager Jane Sumpter told the Fresno City Council on Thursday.

The projected losses include up to $10 million in tax revenue. The breakdown is $6 million less in sales tax, $4 million in room occupancy tax, and $1 million on franchise (garbage collection) fees.

“It will have a profound effect on our budget this year and next year,” Sumpter said.

Sumpter said losses could be as high as $90 million over a five-year period. 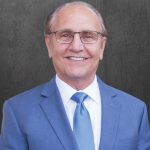 “It is my obligation … to now implore each and every member … to refrain from spending any and all unnecessary general funds.” — Mayor Lee Brand

Mayor Lee Brand, in a memo today to the council, asked for restraint in spending.

“It is my obligation and duty as the mayor of Fresno to now implore each and every member of the City Council and each and every department head in the city to refrain from spending any and all unnecessary general funds,” Brand wrote.

City manager Wilma Quan said it is too early to determine if furloughs or job cuts at City Hall are needed.

“I don’t want to do something that is detrimental early on to our employees,” Quan said.

Councilman Garry Bredefeld was frustrated that many businesses are deemed non-essential and closed.

“We are making decisions that destroy people’s lives,” Bredefeld said. “There are real impacts to that.”

The city learned it will receive $146.3 million from the federal stimulus act, including $92.8 million for general city reimbursements, $32.5 million for transit expenses, and $13 million for airports.

Brand urged the council to “leave at least 80% of this money untouched in case we are able to eventually use it to replace lost tax revenue and fees.”

There are strings attached, as detailed in Brand’s memo (which can be read below).

Spending is allowed on medical and healthcare expenses, payroll expenses for employees “dedicated to mitigating or responding to the COVID-19 public health emergency,” and grants to small businesses.

The federal money cannot be used to cover the city’s revenue losses.

The council, at its Thursday meeting, voted 7-0 to extends its price-gouging moratorium until the end of the coronavirus emergency order.

The moratorium, in place since the initial March 16 city emergency order, expired 30 days later on April 16. However, a similar statewide order is in effect until Sept. 4.

The law considers price gouging as raising prices 10% or more based on the date before the emergency. There are some built-in allowances for reasonable mark-up and actual product costs.

According to the city, code enforcement officers investigated 329 price gouging cases, issuing two fines — $10,000 for overpricing items, and a $1,000 fine for a store not properly posting a price-gouging sign.

The council also approved 7-0 extending a moratorium on evictions because the tenant has COVID-19 related financial problems. The moratorium lapsed on April 19. A technical change will allow tenants to provide paperwork to prove their hardship.

A discussion about how the protections will expand to long-term motel residents will happen at a future date.

In other action, the council voted to reallocate $1 million for the relocation of the Darling rendering plant to helping impoverished neighborhoods. The council debated whether it should just go to southwest Fresno, where the plant is located, or to any high-poverty area in the city.

The council chose the latter and will discuss details later.

The money became available when Darling chose to close its plant altogether rather than move next to the wastewater treatment plant on the outskirts of town.

The members include elected leaders, the business community, and city staff.

But, some residents complained at Thursday’s meeting about the board’s lack of diversity.

“We need to establish buy-in with the community and make sure the community is represented in this process,” Pedro Hernandez told the council.

Karbassi announced three additions to the board: Pao Vang from the Fresno Center, planning commissioner Raj Sodhi-Layne, and Tara Lynn Gray, CEO of the Fresno Metro Black Chamber of Commerce.

The public can attend Clovis City Council meetings again, starting with the May 4 meeting.

For the past few weeks, the council had been meeting remotely and live-streaming audio, along with a slide show, of its meetings.

On Monday, the council voted 4-1 — with councilwoman Lynne Ashbeck opposed — to resume in-person meetings with the public, while practicing social distancing.

Video streaming is planned, a rarity for Clovis meetings. Residents also can choose to participate remotely.