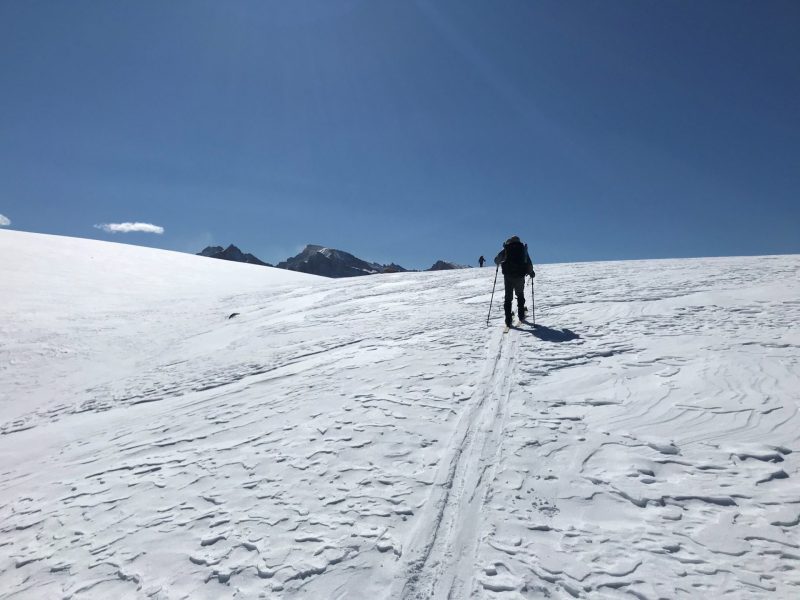 The snowpack above the central San Joaquin Valley looks slightly better after March and April brought the winter weather that was AWOL during the first two months of 2020.

But the late storms weren’t enough to get Valley rivers much above 60% of average — if that.

The storms did provide enough snow for the San Joaquin River to firmly declare a “dry” year.

The designation is serious business for the River Restoration Program, tasked with establishing flows and habitat to reestablish a Chinook salmon population that had all but gone extinct after Friant Dam was built and San Joaquin River water was routed to farms and cities to the south.

Earlier this spring, the water year was in the “critical high” range, which would have limited flows for the restoration program to meager 71,000 acre-feet.

But a dry year designation will give the program, and the salmon, 211,000 acre-feet this year, according to Rufino Gonzalez, a project engineer for the Bureau of Reclamation, which runs the restoration program.

The boost to the snowpack also means farmers who take water off the Friant-Kern Canal got an increase in their allocation, which went from 40% to 55% on Tuesday.

April has been wetter than normal over the southern two thirds of California, but not wet enough to bring precipitation to normal for this water year generally north of Kern County and along a portion of the southern California coast. The water year begins October 1st.#cawx pic.twitter.com/36SLg2wRYD

Different forecast models and surveys show the Kings River watershed is somewhere between 56% and 63% of average, according to Kings River Watermaster Steve Haugen.

Different forecast models and surveys show the Kings River watershed is somewhere between 56% and 63% of average, according to Kings River Watermaster Steve Haugen.

He is hoping to get data from an April 15 Airborne Snow Observatory flight to help better pin down that percentage.

The ASO is a new tool developed by NASA’s Jet Propulsion Laboratory that uses light detection and ranging technology to measure the depth of the snow in even the most remote reaches of the Sierra Nevada.

It has been used in a limited number of Valley river watersheds over the past four years.

Haugen said, given the current models and surveys, he’s leaning toward a 60% of average runoff, but is hoping the ASO numbers firm that up.

A 60% of average year equals roughly 1 million acre-feet of runoff from now through July.

Combined with about 300,000 acre-feet still stored behind Pine Flat Dam, that gives cities and farms that rely on the Kings River 1.3 million acre-feet.

“People are gonna have to pump some groundwater,” Haugen acknowledged.

That’s based on snow surveys done April 1 so later storms may bump that number up a little.

“The snow sensors are showing a healthy accumulation, but it’s not in the model yet,” he said.

Though water managers on the Kings, San Joaquin, and other Valley rivers are starting to use ASO flights as a regular part of their runoff forecasting, Kern has been a holdout.

That’s because it’s expensive at $90,000 a flight. And the Kern River’s watershed delivers 450,000 acre-feet a year on average, Munn said. When Isabella Lake is at full capacity it can store 570,000 acre-feet, so there’s less need for detailed snowpack information for potential flood control.

For comparison, Millerton Lake north of Fresno can hold 540,000 acre-feet. In big water years, the San Joaquin can bring nearly 2 million acre-feet barrelling down the Sierra.

Getting a handle on that watershed’s snowpack makes sense.

But the Kern River interests may be taking a closer look at what ASO offers after the COVID-19 crisis nearly waylaid this year’s snow survey.

The trip is a 10-day ordeal in extremely remote areas along the western base of Mount Whitney. Surveyors typically ski into the area and stay in cabins built in the 1930s.

Some surveyors were worried they would become ill with COVID while in the backcountry, or their family members would become ill while they were unreachable. And they didn’t want to helicopter in, concerned about being in such close proximity with other people.

“Finally we found some folks who hiked in and got it done,” Munn said.

With ASO, he said, they might not have to have surveyors get into the most remote passes. And, he added, there could be state money to help defray the costs.

If the state were to pay for ASO flights over all of California’s watersheds, it could cost about $15 million a year.

So far, legislative attempts to secure that funding haven’t succeeded.