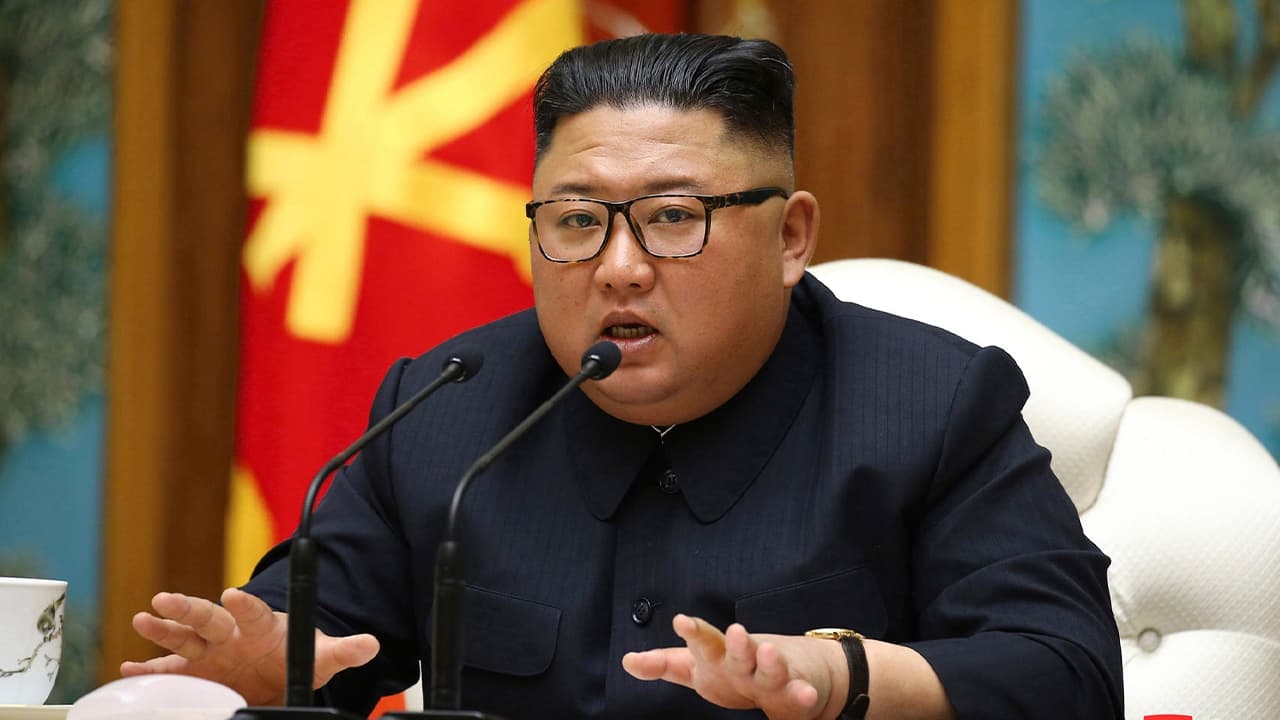 But the possibly of high-level instability raised troubling questions about the future of a nuclear-armed state that has been steadily building an arsenal meant to threaten the U.S. mainland amid stalled talks between Kim and U.S. President Donald Trump.

South Korea’s presidential office said Kim appeared to be handling state affairs as usual and that it had no information about rumors regarding his health. But many will be watching closely for any signs of trouble in North Korea, and whether it will address the reports — something it has not yet done.

South Korea’s presidential office said Kim appeared to be handling state affairs as usual and that it had no information about rumors regarding his health. But many will be watching closely for any signs of trouble in North Korea, and whether it will address the reports — something it has not yet done.

The United States and North Korea appeared to be barreling toward war in 2017, with the countries trading insults and threats of destruction. The next two years saw a surprising series of summits, including three between Kim and Trump, as Kim pursued diplomacy in hopes of ending crippling economic sanctions and obtaining security guarantees. But through it all he maintained his right to a nuclear arsenal, and most diplomacy has stalemated since.

Speculation often surfaces about North Korea’s leadership based on attendance at important state events. Kim, who is in his mid-30s, missed the celebration of the birthday of his late grandfather and state founder Kim Il Sung on April 15, the country’s most important holiday.

But he presided over a meeting on April 11, discussing coronavirus prevention and electing his sister as an alternate member of the political bureau of the ruling Workers’ Party, according to the North’s official Korean Central News Agency. And state media have since reported he sent greetings to Syrian President Bashar Assad and Cuban President Miguel Díaz-Canel as well as arranging special birthday meals for two North Korean officials and a new centenarian.

“We have no information to confirm regarding rumors about Chairman Kim Jong Un’s health issue that have been reported by some media outlets,” South Korean presidential spokesman Kang Min-seok said. “Also, no unusual developments have been detected inside North Korea.”

The presidential office later said Kim is believed to be staying at an unspecified location outside of Pyongyang, North Korea’s capital, with some close confidants. It said Kim appeared to be normally engaged with state affairs and there wasn’t any unusual movement or emergency reaction from North Korea’s ruling party, military or Cabinet.

The U.S. official, who was not authorized to discuss the matter publicly and spoke on condition of anonymity, would not elaborate on where the information came from or when it had been received.

Conservative South Korean lawmaker Yoon Sang-hyun, chairman of the National Assembly’s foreign affairs and unification committee, said he was told by unspecified non-government sources that Kim had surgery for cardiovascular problems. But an official from Seoul’s National Intelligence Service, who didn’t want to be named, citing office rules, said the spy agency couldn’t confirm whether Kim had surgery. 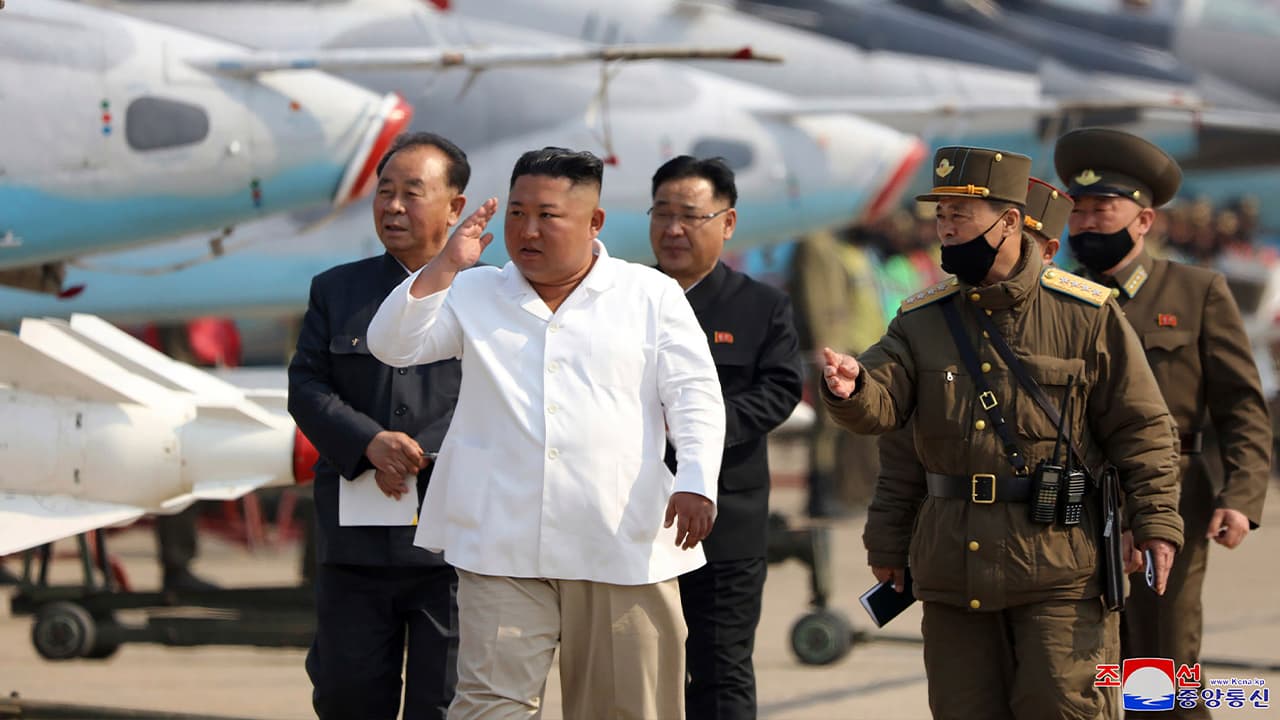 FILE – In this undated file photo provided by the North Korean government on April 12, 2020, North Korean leader Kim Jong Un inspects an air defense unit in western area, North Korea. The South Korean government is looking into reports that North Korean leader Kim Jong Un is in fragile condition after surgery. Officials from South Korea’s Unification Ministry and National Intelligence Service couldn’t immediately confirm the reports citing an anonymous U.S. official who said Kim was in “grave danger.” Independent journalists were not given access to cover the event depicted in this image distributed by the North Korean government. The content of this image is as provided and cannot be independently verified. Korean language watermark on image as provided by source reads: “KCNA” which is the abbreviation for Korean Central News Agency. (Korean Central News Agency/Korea News Service via AP)

It’s unclear what would happen if Kim is sidelined by health problems or dies. Still less than a decade into Kim’s rule, North Korea has yet to give any meaningful indication of who would succeed him as leader.

North Korea has seen similar power struggles that ended with bloody purges during its seven decades of Kim family rule. Kim Jong Un’s 2013 execution of his uncle and mentor, Jang Song Thaek, who was accused of treason and corruption, was seen as a major step in consolidating his rule.

Cheong Seong-Chang, an analyst at the private Sejong Institute in South Korea, said political upheaval would be unlikely as Kim’s sister, Kim Yo Jong, is already exercising significant influence within the government, and most members of North Korea’s leadership share an interest with the Kim family in maintaining the North’s system.

However, Koh Yu-hwan, a North Korea expert at Seoul’s Dongguk University and a policy adviser to South Korean President Moon Jae-in, sees the possibility of a violent power struggle.

While Kim Yo Jong would most likely emerge as leader during a transitional period, other members of the top elite could try to reduce her to a figurehead while making important decisions from the shadows, Koh said.

North Korea has seen similar power struggles that ended with bloody purges during its seven decades of Kim family rule. Kim Jong Un’s 2013 execution of his uncle and mentor, Jang Song Thaek, who was accused of treason and corruption, was seen as a major step in consolidating his rule.

Hong Min, a senior analyst at Seoul’s Korea Institute for National Unification, said North Korea once Kim is gone could be ruled by a collective leadership from the ruling party’s elite, similar to the post-Stalin Soviet Union. While it is perhaps too early to seriously contemplate Kim’s potential demise considering his age, his supposed heart and other health problems could become increasing factors in the years ahead, Hong said.

Outside Governments and Media Have a Mixed Record

Robert O’Brien, the U.S. national security adviser, said the Trump administration is monitoring the reports about Kim’s health “very closely.” O’Brien said Tuesday during a television interview with Fox News Channel that North Korea is “parsimonious with the information they provide about many things, including the health of Kim Jong Un, so we’re monitoring these developments closely.”

Outside governments and media have a mixed record on tracking developments among North Korea’s ruling elite, made difficult by the North’s stringent control of information about them.

Kim’s absence from state media often triggers speculation. In 2014, he vanished from the public eye for nearly six weeks before reappearing with a cane. South Korea’s spy agency said days later that he had a cyst removed from his ankle.

Kim took power upon his father’s death in December 2011 and is the third generation of his family to rule the country.

Countries and US States Move to Reopen Amid Health Warnings