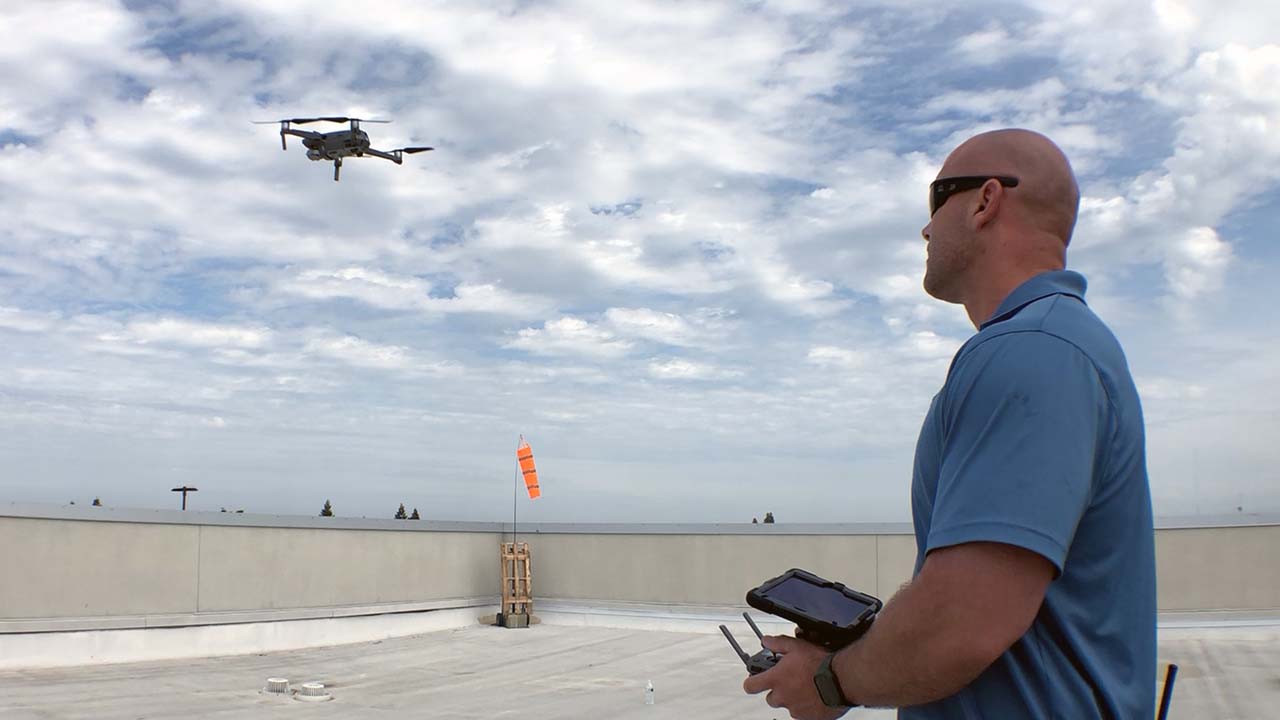 There’s a new buzz in the air in Clovis, and it’s not bees pollinating trees.

Clovis police are using drones as part of their law-enforcement strategy.

“If the drone can respond and get on scene first, it will be able to provide our officers with real-time video and give us some good situational awareness of what is happening.” — Clovis Police Lt. Jim Munro

“It will allow our officers to keep some distance in this current COVID emergency, to where they may not have to respond to calls, they may not actually have to make personal contact, based upon what the drone is seeing,” Munro said.

Drones will respond to emergency calls such as shootings and thefts.

“If the drone can respond and get on scene first, it will be able to provide our officers with real-time video and give us some good situational awareness of what is happening,” Munro said.

A dispatch center operator will monitor drone video. A pilot on a rooftop will also keep a visual on the device at all times.

Success at the Chula Vista Police Dept. inspired Clovis to try drones. According to a Clovis police news release, Chula Vista drones responded to 2,000 emergency calls, arriving on the scene in half the time an officer can.

In one instance, Munro said, a Chula Vista police drone helped detect that a crime suspect that evaded officers looked like he may have had a gun. But, as the drone camera zoomed in, it revealed it was a cigarette lighter. The information was relayed to officers, potentially saving lives.

This is Clovis PD’s second drone program. Some patrol officers began using drones in 2018 to aid in calls. The department has 15 drones and nine trained pilots.

The new system will allow the drones to be launched from the rooftop of the dispatch center.

The pilot program will use a one loaner drone from drone-maker DJI. After 90 days, the department will have to budget the purchase of a drone and staff to operate.

At least two of the department’s current drones could be used for the new program if needed, Munro said.

Clovis police are aware of privacy concerns drones may cause. Munro says they will only use the device reacting to a situation.

“We don’t conduct any type of proactive surveillance or proactive flights. These drones will only be launched from the rooftop if there is some type of emergency call to go along with it,” Munro said.

Congress, Trump in Tentative Deal on $500b Virus Relief Bill