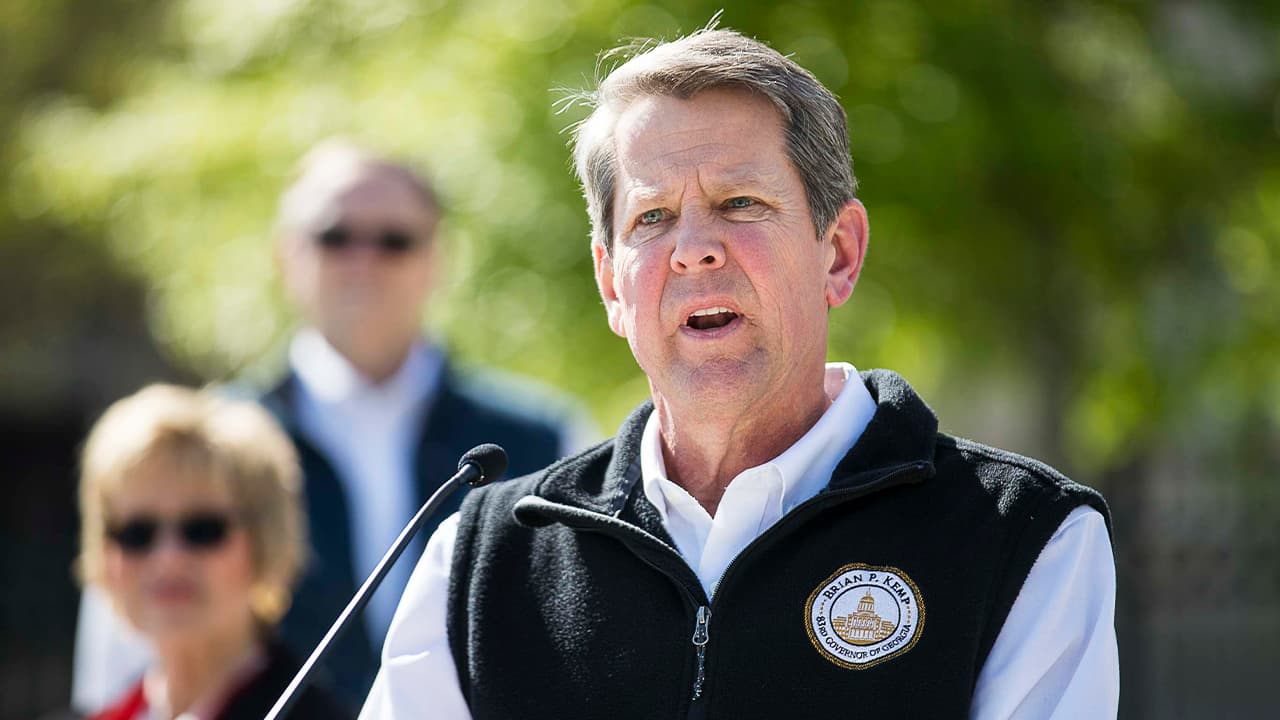 ATLANTA — Gov. Brian Kemp’s call to reopen shuttered businesses in Georgia left many business owners wary and confused Tuesday as they considered how to protect themselves and their customers in a state where coronavirus deaths neared 800 and confirmed infections climbed toward 20,000.

Kemp’s plan to kick-start the economy is one of the most aggressive announced since President Donald Trump laid out benchmarks for states to start lifting restrictions. But Georgia’s testing system has lagged behind much of the nation and public health experts warned that moving too quickly could fuel a resurgence in infections.

Kemp’s plan to kick-start the economy is one of the most aggressive announced since President Donald Trump laid out benchmarks for states to start lifting restrictions. But Georgia’s testing system has lagged behind much of the nation and public health experts warned that moving too quickly could fuel a resurgence in infections.

“It’s concerning. I’m certainly not going to go the gym or get a haircut,” said Dr. Carlos del Rio, an infectious disease expert at Emory University in Atlanta. “I’ll let people make their own decisions.”

“The private sector is going to have to convince the public that it’s safe to come back into these businesses,” Kemp said Monday.

Georgia has processed more than 900,000 new unemployment claims in the last month, a painful record. But many business owners aren’t convinced it’s time to end the lockdown.

“I think most of our customers are not ready to venture out yet,” said Kristin Allin, who, along with her husband, owns Bread & Butterfly restaurant in Atlanta. She said her restaurant will remain closed for now, possibly for another month or more.

In Savannah, Mark Lebos closed his gym March 11. He reached out to clients Tuesday to tell them his business, Strong Gym, won’t be reopening yet. Lebos said reopening would be professional negligence.

“We are not going to be a vector of death and suffering,” he said.

Ronique Holloway plans to wait until May 1 to reopen her Atlanta-area hair salon, where she’s the only stylist. She worries that’s still too soon, but said she doesn’t have a choice because she needs money to support her daughter.

“You’re staring at somebody right in their face when you shampoo it. Heaven forbid if you talk,” said Holloway, 48, who plans to wear a mask and gloves.

In rural Terrell County, Karl Gould, 82, said it’s time to reopen businesses even though his age makes him vulnerable to serious illness.

“Do you want to continue being shut down with a destroyed economy forever?” said Gould, a retired engineer. “Sooner or later, you’ve got to suck it up and say, ‘We’re going to reopen and if we have some casualties, we do.’”

Kemp was one of the last governors on the East Coast to announce a statewide stay-at-home order April 1. Even then, he controversially overruled local officials and allowed beaches, lakes and state parks to remain open — a decision he has characterized as a success, saying there have been few problems.

Georgia Had Administered More Than 88,000 Tests as of Tuesday

When salons and cafes reopen in the coming days, Kemp says they must enforce social distancing rules, provide workers with protective gear when available and screen employees exhibiting potential symptoms.

But experts say widespread testing and the ability to trace people exposed to infected patients are critical to resuming business without causing a new wave of sickness.

Georgia is working on those pieces, but isn’t there yet, said Dr. Harry J. Heiman, an associate professor of public health at Georgia State University in Atlanta. He said Kemp’s decision to reopen businesses without sufficient testing or contact tracing is “premature and it’s irresponsible.”

Georgia had administered more than 88,000 tests as of Tuesday, but its per-capita testing rate is in the bottom 10 of states.

“In most states, we’re still only testing the sickest of the sick,” said Dr. Jennifer Nuzzo, an epidemiologist at the Johns Hopkins Center for Health Security. “And we’re missing those people who are mildly affected who are going to be the ones out and about spreading their illness.”

Ian Jones, who owns four restaurants in the Atlanta area, is concerned Kemp’s order could force people to reopen prematurely because lenders and landlords might stop being forgiving.

“It just seems like it’s too early,” Jones said.

“I pray that the number of Georgians who are infected and die will not increase significantly in the coming weeks as a result of the lifting of these restrictions.” — Albany Mayor Bo Dorough

In mostly rural southwest Georgia, where infections have spread especially fast, Albany Mayor Bo Dorough noted his community had 15 funerals last weekend for COVID-19 victims. On Tuesday, his city and surrounding Dougherty County surpassed 100 total coronavirus deaths — the most of any Georgia county.

“I pray that the number of Georgians who are infected and die will not increase significantly in the coming weeks as a result of the lifting of these restrictions,” Dorough said.

Nearby, in the small city of Dawson, clothing store owner Dost Mohammad said several of his regular customers died from COVID-19. Keeping his doors shut could quickly put him out of business, he said, but he’s not willing to risk reopening. Without a vaccine or a cure, the only medicine is to stay away from each other, he said.

“I would rather survive, I want to stay above the ground,” Mohammad said. “Our priority should be the protection of our people.”

Related Topics:coronavirusGeorgiaGov. Brian Kemp
Up Next

She Hired a Plane to Find Her Lost Dog. Now He’s Home.