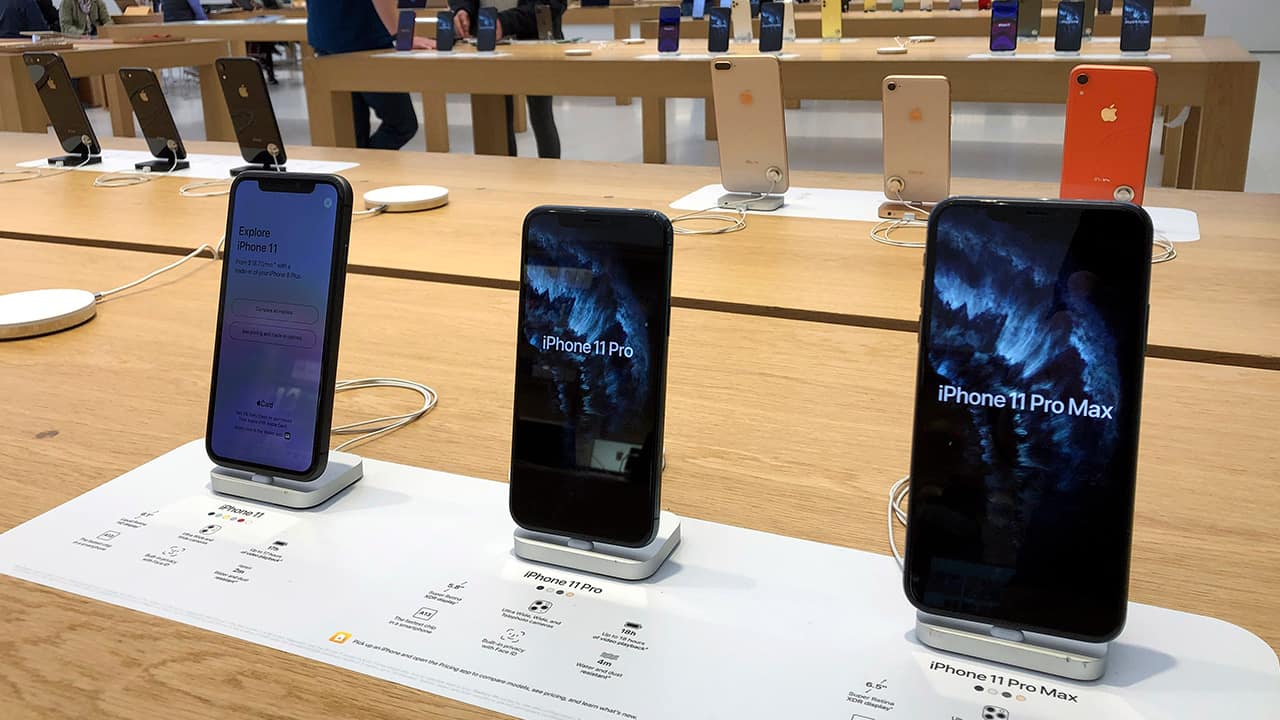 NEW YORK — Apple is releasing a new iPhone that will be vastly cheaper than the models it rolled out last fall when the economy was booming and the pandemic had yet to force people to rethink their spending.

The second-generation iPhone SE introduced Wednesday will sell for as little as $399, a 40% markdown from the most affordable iPhone 11 unveiled last year. Higher-end versions of the iPhone 11 sell for more than $1,000. Online orders for the iPhone SE will begin Friday, with the first deliveries expected April 24.

The second-generation iPhone SE introduced Wednesday will sell for as little as $399, a 40% markdown from the most affordable iPhone 11 unveiled last year.

Even before the pandemic, many people had begun to balk at the substantial price tags for smartphones that weren’t that much better than the ones they already owned. That pushed Apple to step up its emphasis on music and video services to the more than 1 billion people who carry around at least one of their internet-connected devices.

High-priced gadgets are expected to become an even tougher sell as the economy plunges into its deepest downturn in more than a decade.

Apple maps out its products many months in advance and the new iPhone SE isn’t a direct response to the economic meltdown hatched by the pandemic. Even though the iPhone SE will sell at a price that seems right for the tough times ahead, it is an extraordinarily difficult time to introduce a product, said Wedbush Securities analyst Daniel Ives.

“Apple faced a tough decision to make and ultimately decided to release and green light this smart phone to the market in hopes of gaining contained success out of the gates,” Ives wrote.

New iPhones are typically released with much fanfare at a Silicon Valley theater named after Apple founder Steve Jobs, who revolutionized the market when he introduced the first iPhone in 2007. The springtime event never happened this year because of the pandemic.

Even before the rapidly spreading coronavirus forced most states to order lockdowns, Apple had been hit hard by efforts to contain it in China. Besides being its third largest market behind the U.S. and Europe, China is also where Apple makes most of its iPhones.

With both its factories and stores in China shut down for several weeks this year, Apple issued a warning two months ago that quarterly sales will fall short of previous projections. The Cupertino, California, company is scheduled to release its result for the quarter later this month.

The new iPhone SE is an update to another low-cost model that Apple released four years ago. Apple stopped selling the original iPhone SE in 2018.

The updated Phone SE is essentially the same as the iPhone 8 and 8 Plus, which came out in 2017. The iPhone SE won’t share the same displays and cameras carried by the newer iPhone 11 models. But it will be powered by the same A13 processing chip that’s inside the more expensive iPhone 11.

The original iPhone SE was a hit with budget-conscious consumers, or those who preferred a smaller, 4-inch screen as newer phones grow increasingly large. The new model is slightly larger than the original, with a 4.7-inch screen.

In what could be another popular twist, the new iPhone SE brings back the home button. That’s a notable change from the iPhone 11 line, which ditched the once-familiar button to accommodate larger screens that can handle the highest-quality video and photos.

The stock market’s ongoing worries about the pandemic eclipsed whatever enthusiasm investors could muster about a less-expensive iPhone helping to bolster Apple’s sales in a depressed economy. The company’s shares dipped $2.62 to close Wednesday at $284.43, leaving the stock 13% below its peak reached in late January.

Fresno Unified Parents: Haven’t Heard from Teachers? Here’s What to Do.