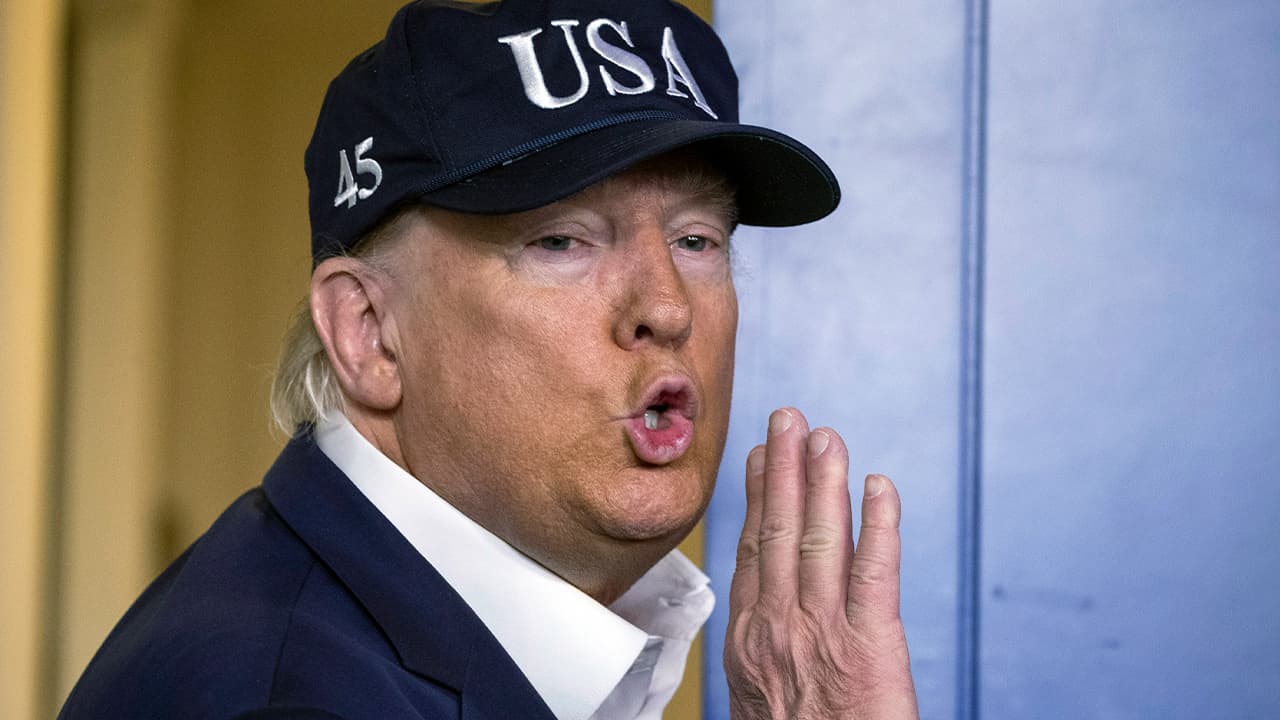 WASHINGTON — President Donald Trump’s name will be printed on the stimulus checks that the Internal Revenue Service will be sending to tens of millions of Americans around the country, in an unprecedented move finalized this week.

The Treasury Department confirmed the decision in a statement Wednesday. It marks the first time a president’s name has appeared on any IRS payments, either refund checks or other stimulus checks that have been mailed during past economic crises.

Treasury said that the decision to add Trump’s name will not delay issuance of the paper checks, which will be mailed to people who are not set up to receive direct deposit payments from the IRS.

Two administration officials who spoke to The Associated Press said that “President Donald J. Trump” will appear on the left side in the memo section of the checks. They spoke to the AP on the condition of anonymity because they were not authorized to speak publicly about the plans.

Earlier This Month, Trump Denied Wanting to Sign the Checks

The Washington Post, which first reported that Trump’s name would appear on the checks, said the name would be below a line that reads, “Economic Impact Payment.”

The checks will be mailed to people who do not have information on file with the IRS to allow for direct deposits, many of them low-income individuals.

The checks will carry a signature of an official from the Bureau of the Fiscal Service, the Treasury division that prints the checks. The checks are signed by civil servants to ensure government payments are nonpartisan. A president is not an authorized signer for money sent by the U.S. Treasury.

Earlier this month, Trump denied wanting to sign the checks when he was asked about published reports stating the opposite.

The payments are part of the $2.2 trillion rescue package signed into law at the end of last month aimed at combating the economic free-fall caused by shutdown orders in the coronavirus pandemic.

The Payment Amount Steadily Declines for Those Who Make More

A memo obtained last week by the AP from the House Ways and Means Committee said the IRS would make about 60 million payments to Americans through direct deposit in mid-April, likely this week. The IRS has direct deposit information for these individuals from their 2018 or 2019 tax returns.

Then, starting the week of May 4, the memo said, the IRS would begin issuing paper checks to individuals. It said the paper checks would be issued at a rate of about 5 million per week, which means it could take up to 20 weeks to get all the checks out.

Parents also will receive $500 for each qualifying child.

Must Muslims Fast for Ramadan During COVID-19?