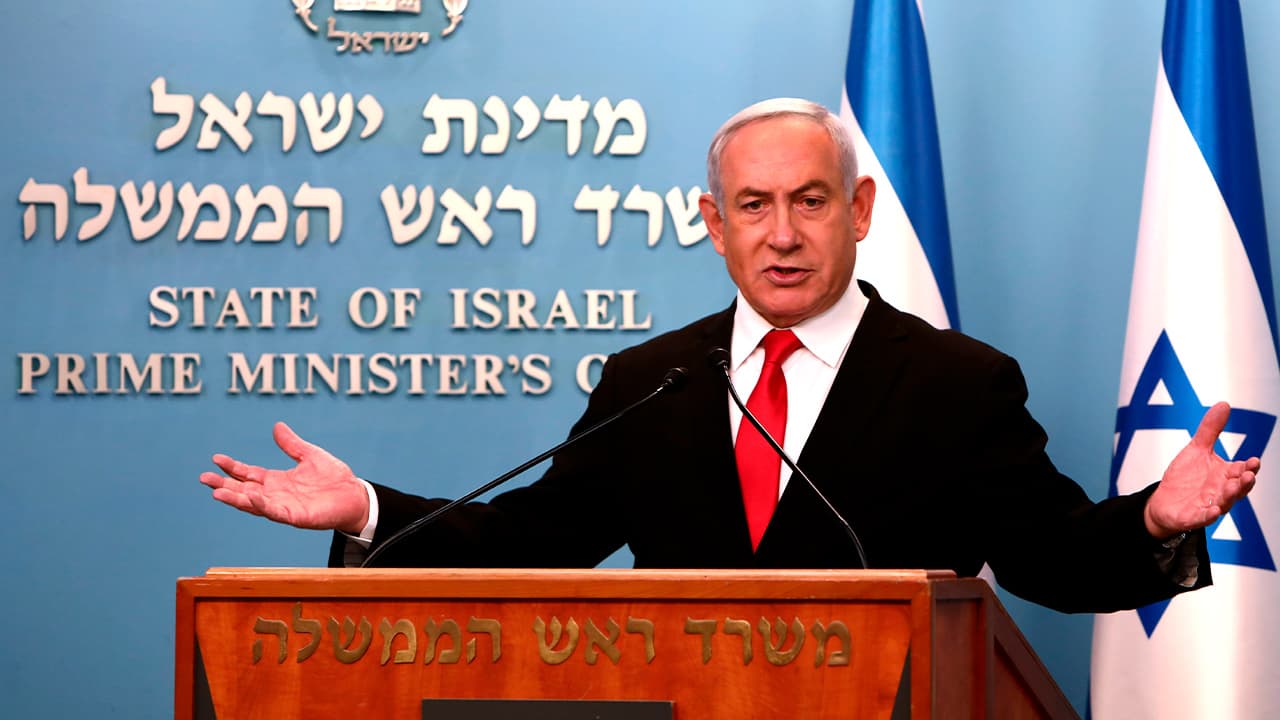 JERUSALEM — Israel was bracing for more political turmoil Monday as talks between the country’s rival political leaders faltered ahead of a midnight deadline to form a coalition government.

Israel is in the throes of a political crisis that has left the country with a caretaker government and paralyzed legislative work since the first round of stalemated elections took place last year.

Last-minute disagreements between Prime Minister Benjamin Netanyahu and his rival, former army chief Benny Gantz, appeared set to block yet again a coalition agreement following the elections in March — the third ballot in under a year to end without a clear winner.

Driven by the urgency of the coronavirus crisis, the rivals agreed last month to enter what appeared to be promising talks on a power-sharing agreement between the ruling Likud Party and Gantz’s Blue White.

But what seemed to be nearly a done deal last week faltered over disagreements reportedly over a demand by Netanyahu, who faces an impending corruption trial, to have more influence over judicial appointments.

On Sunday, Israel’s figurehead president, who oversees the coalition-building process, rejected Gantz’s request for a two-week extension for negotiations. The decision in effect gave the sides an ultimatum to reach a deal by midnight.

Each Election Has Been a Referendum on Netanyahu

As the talks appeared to be crumbling ahead of the deadline, Gantz, who had been tasked by Israel’s president after the election with forming a government, announced he planned to deliver a statement later Monday, in an apparent sign of failure. Shortly after, both parties released a joint statement that negotiations were continuing. Netanyahu was expected to deliver a statement shortly before Gantz.

If the teams do not secure a deal by midnight, the Knesset has three weeks to endorse a candidate as prime minister. If it doesn’t succeed, Israel could be headed for an extraordinary fourth straight election in just over a year.

Each election has been a referendum on Netanyahu, who has portrayed himself as the consummate statesman while trying to play down the charges against him as cooked up by a liberal media and a judicial system out to get him. He denies wrongdoing on charges of accepting bribes, breach of trust and fraud.

The coronavirus crisis has provided the long-serving leader with a lifeline. He has helmed the country’s response, positioning himself as a capable, tested leader who has worked his international connections to steer Israel through the crisis. While Netanyahu came up short in previous rounds, that polished image could boost his fortunes in a fourth election.

Israel has more than 11,000 cases of the virus and 110 dead, but it appears to be weathering the crisis better than many countries.

Gantz, who had vowed never to sit in a government under Netanyahu, broke that promise amid concerns over the coronavirus last month. The opposition leader froze planned anti-Netanyahu legislation and accepted the post of parliament speaker as he began talks on a rotation agreement in which both men would serve as prime minister. The turnabout prompted Gantz’s main partner — the secular and middle-class Yesh Atid party — to bolt, causing his Blue and White alliance to disintegrate and leaving it at less than half its original strength.

If he doesn’t succeed in clinching a deal Monday, Gantz does not have the backing of a majority of legislators, and his public support is expected to dwindle in a fourth vote, leaving the once formidable challenger to Netanyahu desperate to finalize a deal.

Netanyahu also lacks majority support in parliament, but he may be able to count on defectors from other parties to give him the number he needs to be tapped as prime minister-designate.

Supreme Court to Hold May Arguments by Teleconference