City employees want masks, and they are not waiting for Fresno to provide them.

“I put out a call to members, if they could, to make masks on their own. And currently FCEA is purchasing these masks for members to give out to other employees that don’t have masks,” Frank said.

So far, employees have produced 100 masks on their own.

The costs is about $10 a mask. Frank asked the city if employees could be compensated for their time and materials. The only response he received was they would be getting their masks by Friday.

City Providing Masks for Some, Requiring for All 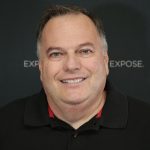 “That’s why it was so frustrating to me that the city had not made a real effort to get masks for their white collar employees.” — FCEA President Sam Frank

In an April 3 news release, City Manager Wilma Quan said the city would first provide masks to “as many police officers and firefighters as possible” and require they wear them at work.

As the city acquired more masks, more employees would be required to wear them at work.

Additionally, when Mayor Lee Brand extended the city’s shelter-in-place order through May 6, his order also set new requirements for essential businesses that remain open, including government.

One requirement was for all “employees to wear protective facial coverings.” The deadline to implement the move is by the end of Wednesday.

Frank says his members need masks, especially when dealing with the public out in the field.

“That’s why it was so frustrating to me that the city had not made a real effort to get masks for their white collar employees,” Frank said.

Frank said the city gets an A-plus for its social distancing policies, but laments the lack of protective gear for his union members.

“I think if I had put out this call two weeks ago, certainly all the employees would have masks at this point in time,” Frank said.

The city did not respond to GV Wire’s request for comment.

Is it legal to require essential employees — such as grocery store workers and journalists — to wear masks?

“Government’s legitimate purpose is the protection of individual rights. For that reason, it is likely legal for local governments to implement short-term emergency measures, such as requiring employees of essential businesses to wear masks, to stop the spread of disease,” said Glenn Roper, attorney for the Pacific Legal Foundation.

But, Roper added, mandating masks might not be necessary.

“Individuals and businesses are motivated to take sensible safety precautions, especially during a pandemic, and wearing masks is something many companies are doing anyway,” he said.

Roper also said such emergency laws should be short-term and relaxed as soon as possible.

The orders include waiving of transit fares, closing playgrounds and picnic tables, and enforcing local and state shelter-in-place orders with fines up to $1,000.

Last month, the Clovis’ council ratified the first set of orders that, among other things, closed down non-essential businesses.

Fresno’s City Council has yet to ratify any individual emergency orders.

The city’s municipal code ordinance dealing with emergency orders (Sec. 2-506 (i)), allows for the emergency services director — City Manager Wilma Quan — to “make and issue rules, regulations, and proclamations on matters reasonably related to the protection of life and property as affected by such emergency.”

However, such proclamations “must be confirmed at the earliest practicable time” by the City Council, acting as the Emergency Services Council,” the ordinance states.

City Council President Miguel Arias says the council is complying with the ordinance, based on advice given by the city attorney.

Asked why the Clovis council is ratifying each ordinance but not Fresno, Arias said the charters (or municipal codes) are different.

The pertinent language for both cities is nearly the same. Clovis’ code (Chapter 4.2.06 (6) (i)) differs only saying “rules and regulations” should be approved by its council; Fresno’s ordinance states”proclamations” need council approval.

Arias said things may change in the future.

“After this experience, we might want to revisit and clarify some of that language because a pandemic was not something that was considered when the charter language was drafted,” Arias said.

The 6 p.m. Clovis City Council meeting will be done remotely, accessible at this link. Chambers at City Hall will be closed to the public.

The Fresno County Board of Supervisors will also close its chambers to the public and hold its 9 a.m. meeting tomorrow online at this link.