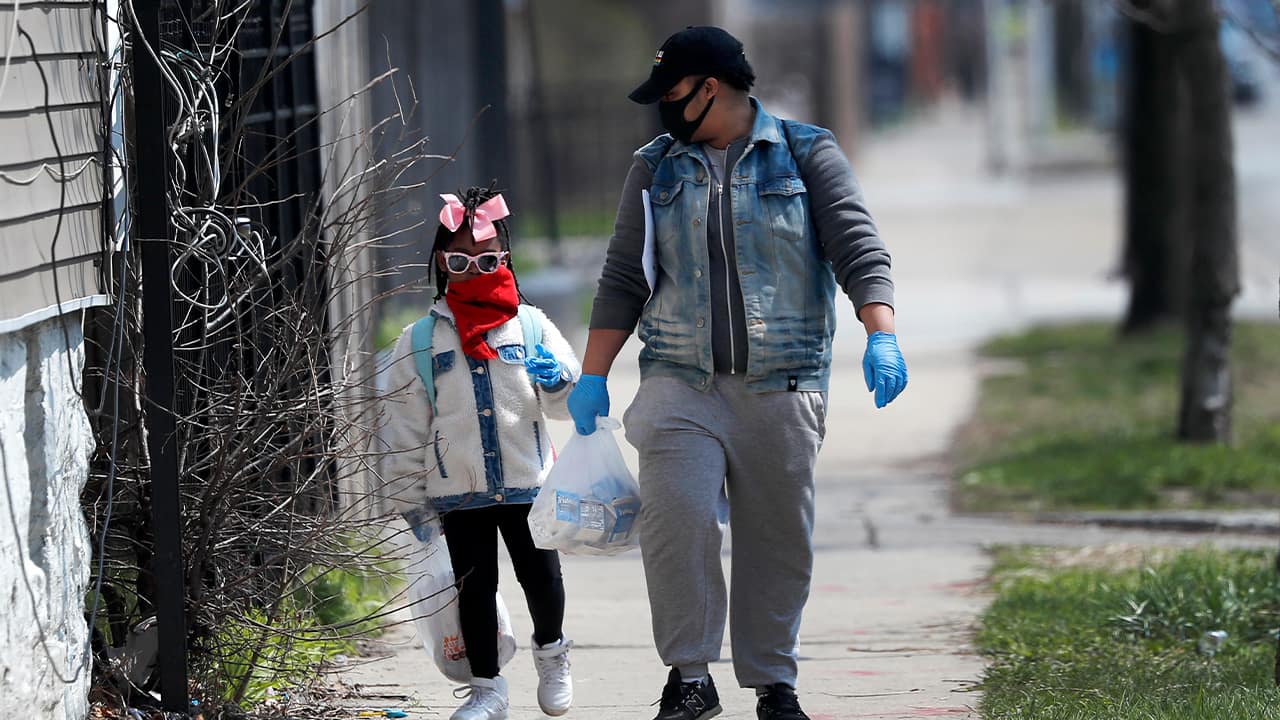 As the coronavirus tightens its grip across the country, it is cutting a particularly devastating swath through an already vulnerable population — black Americans.

Democratic lawmakers and community leaders in cities hard-hit by the pandemic have been sounding the alarm over what they see as a disturbing trend of the virus killing African Americans at a higher rate, along with a lack of overall information about the race of victims as the nation’s death toll mounts.

“Everywhere we look, the coronavirus is devastating our communities.” — Derrick Johnson, president and CEO of the NAACP

Among the cities where black residents have been hard-hit: New York, Detroit, New Orleans, Chicago and Milwaukee.

“Everywhere we look, the coronavirus is devastating our communities,” said Derrick Johnson, president and CEO of the NAACP.

Of the victims whose demographic data was publicly shared by officials — nearly 3,300 of the nation’s 13,000 deaths thus far — about 42% were black, according to an Associated Press analysis. African Americans account for roughly 21% of the total population in the areas covered by the analysis.

The AP’s analysis is one of the first attempts to examine the racial disparities of COVID-19 cases and deaths nationwide. It involved examining more than 4,450 deaths and 52,000 COVID-19 cases from across the country, relying on the handful of state and local governments that have released victims’ race.

A history of systemic racism and inequity in access to health care and economic opportunity has made many African Americans far more vulnerable to the virus. Black adults suffer from higher rates of obesity, diabetes and asthma, which make them more susceptible, and also are more likely to be uninsured. They also often report that medical professionals take their ailments less seriously when they seek treatment. 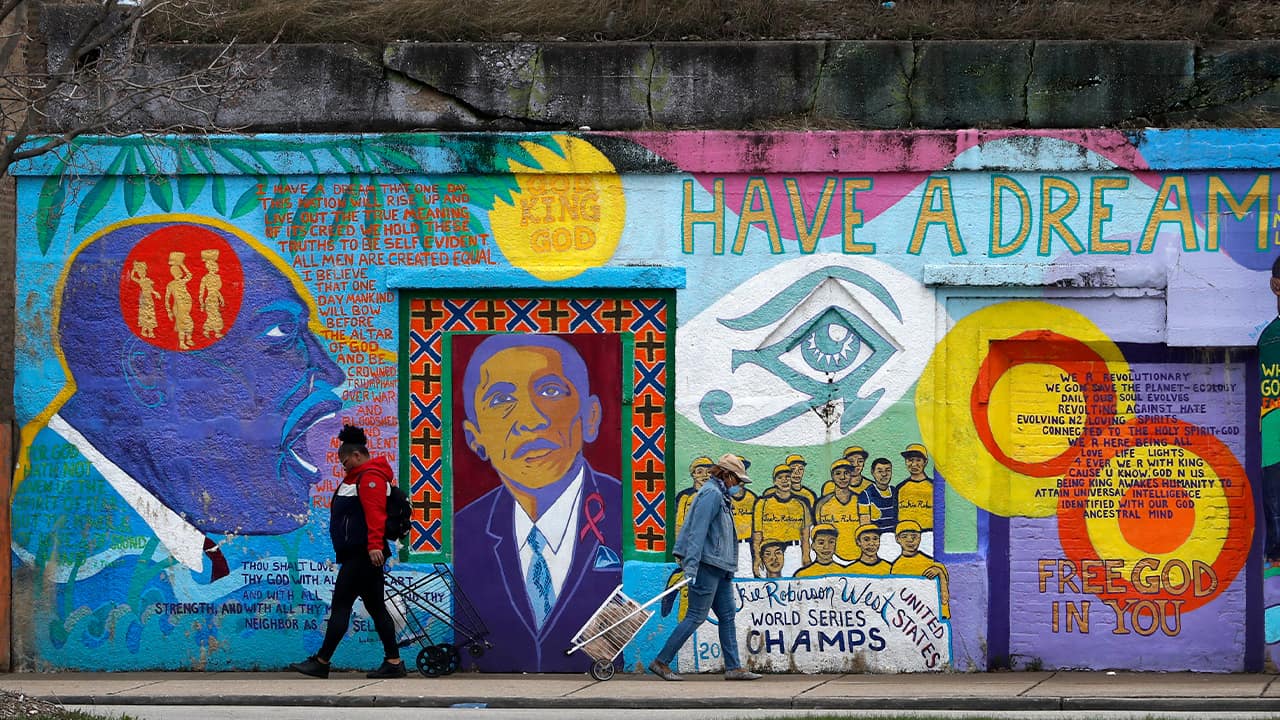 In this April 7, 2020, photo, two women pass each other and an African-American mural as they travel to and from a local grocery store on Chicago’s Southside. As the coronavirus tightened its grip across the country, it is cutting a particularly devastating swath through an already vulnerable population, black Americans. (AP Photo/Charles Rex Arbogast)

“The rate at which black people are dying, compared to whites, is really just astounding,” said Courtney Cogburn, an associate professor at the Columbia University School of Social Work. “There are patterns at this intersection of race and socioeconomic status that make it very clear this is just not a story about poverty.”

For its analysis, the AP made requests of COVID-19 racial breakdowns in states, cities and counties nationwide, ultimately gathering data from eight states, six major U.S. cities, including New York City and the District of Columbia, and six of Florida’s largest counties.

The data collected ranges from New York to Illinois to Alabama to San Diego, and covers an area that represents 82 million Americans, nearly 43% of whom are nonwhite. Other minority groups’ cases and deaths are fairly in line with their demographics, although those among Hispanic individuals in some hot spots are still high.

The data came mostly from large, racially diverse cities and states, but even in states where nonwhite populations are large, the impact of COVID-19 was outsized, particularly on the black community. The effect was so large that even if the 1,200 death cases that the AP excluded from its analysis because they were recorded as “race unknown” turned out to be white patients, blacks still would be overrepresented in the share of cases — and even more so in the share of deaths.

Illinois’ population is 17% Hispanic and 14% black yet, as of Monday, 63% of its caseload of more than 9,000 COVID cases with racial data recorded were nonwhite residents, and at least 40% of the state’s 307 victims were black.

ZIP code data in New York City released last week showed that black, brown and immigrant communities are disproportionately represented among the diagnosed virus cases and deaths. On Wednesday, the city’s Department of Health released racial data showing 27.5% of the victims whose race is known are black, although blacks are only about 22% of the population.

“It’s sick. It’s troubling. It’s wrong, and we are going to fight back with everything we’ve got.” — Mayor Bill de Blasio

“It’s sick. It’s troubling. It’s wrong,” Mayor Bill de Blasio said, “and we are going to fight back with everything we’ve got.”

The scattered release of data comes as the Centers for Disease Protection and Control is under increasing pressure to be more transparent about the toll of the virus on communities of color.

The agency has not publicly reported racial or ethnic demographic data for COVID-19 tests performed across the country, though its own standardized form required for reporting COVID-19 tests and cases includes a section for indicating the race or ethnicity of those tested. On Wednesday, the CDC did release racial data for March hospitalizations in 14 states that showed a third of patients were black.

Of the entities that released racial data to the AP, much of it remained sorely lacking. Overall, more than a third of the caseload records did not include race and, in some places, such as Virginia and parts of Florida, that number was more than a half.

Kristen Clarke, president and executive director of Lawyers’ Committee for Civil Rights Under Law, told the AP it would be “indefensible” if the federal government was concealing any testing and treatment data. The committee, along with hundreds of medical professionals, sent a letter to Health and Human Services Secretary Alex Azar on Monday urging him to ensure his agency will “collect, monitor, and disseminate racial data” for the coronavirus. 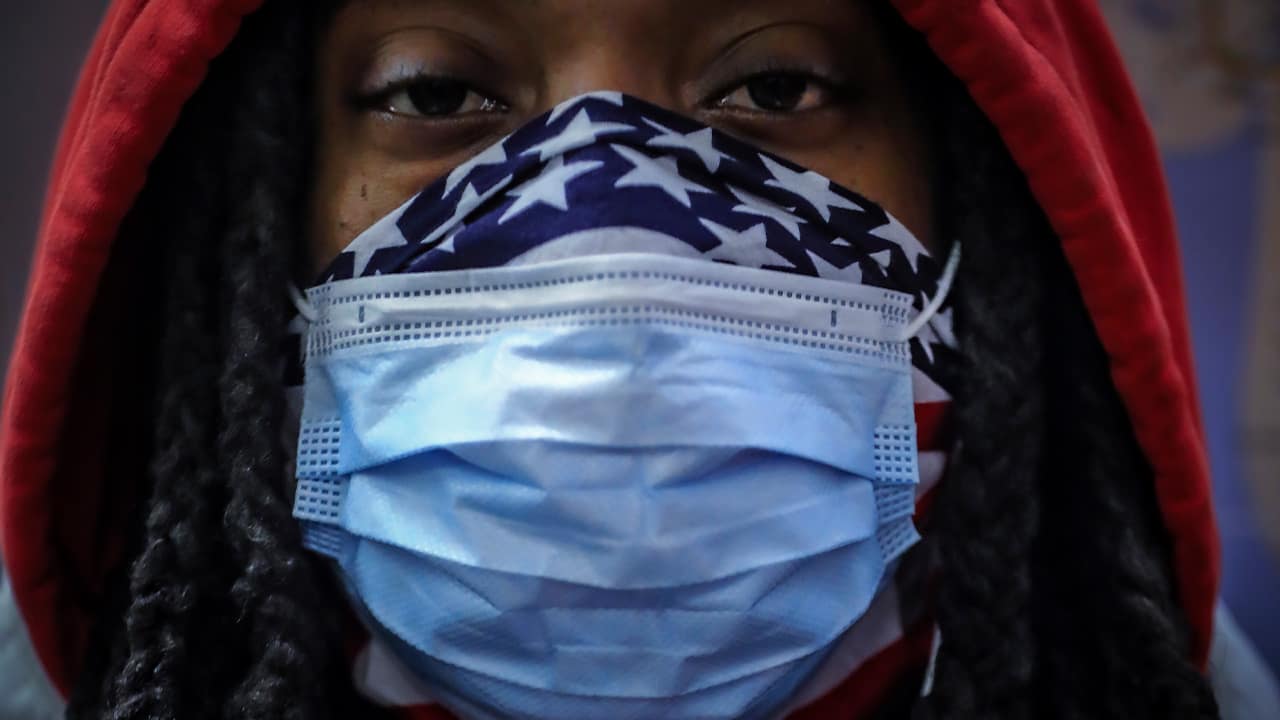 In this April 7, 2020, photo, a subway rider wears a mask and a bandana to protect himself against COVID-19 in New York. As the coronavirus tightened its grip across the country, it is cutting a particularly devastating swath through an already vulnerable population, black Americans. (AP Photo/Bebeto Matthews)

Each Loss Leaves a Ripple, Forever Altering Families and Communities

African Americans and members of some ethnicities share an additional vulnerability: They are overrepresented among workers like nurse aides, grocery store clerks, emergency dispatchers and public transportation employees who cannot telecommute. That forces them out into the general public at a time when others are under strict stay-at-home orders.

“All one has to do is stand on a platform and you’ll see that the trains are filled with black and brown and low-income people going into communities to service those who are able to telecommute,” said Eric Adams, president of New York City’s Brooklyn borough.

Milwaukee community organizer Sylvester Jackson, who was recently diagnosed with COVID-19, lives on the city’s predominantly black north side, home to a concentration of cases. “It is unbelievable that people on one side of this city are dying like this,” he said.

Each loss leaves a ripple, forever altering families and communities.

The pastor of a black church in Baton Rouge was one of Louisiana’s first confirmed coronavirus deaths, followed days later by the loss of a Shreveport clergyman known for his street ministries. The virus claimed one of the state’s most revered musicians, Ellis Marsalis, along with a popular New Orleans DJ who was a leading figure in the city’s bounce music scene.

In Detroit, the deaths include Gloria Smith, a fixture at the city’s African World Festival, who died within a week of her husband, and educator and playwright Brenda Perryman.

Marsha Battle Philpot, a writer and cultural historian known as Marsha Music, said a Facebook memorial page is flooded daily with stories of loss among black people in Detroit.

“I think this is going to be a collective loss that is going to reverberate through generations,” she said.

Related Topics:ChicagocoronavirusNAACPNew York
Up Next