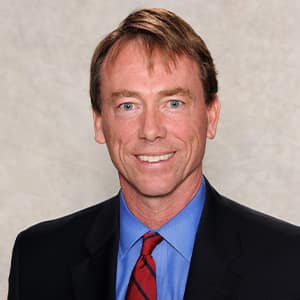 We’re living through history. There has been much speculation about what the coronavirus means for America and for our future as a country.

While none of us has lived through anything like this before, it is not the first time our country has been struck by a pandemic.

The 1918 Flu Pandemic, at the end of World War I, infected nearly one-third of the world’s population and tragically killed approximately 675,000 Americans.

The grit and ingenuity of Americans will carry us through now, as it did then and many times since.

To test your knowledge of this earlier pandemic, which is being referred to regularly by medical experts and others, the Ashbrook Center at Ashland University created the quiz below.

World War I, also known as the First World War or the Great War, was a global war originating in Europe that lasted from 28 July 1914 to 11 November 1918. (Wikipedia)

2. When did the United States declare war against Germany and officially enter World War I?

3. Who was president at the time of the pandemic?

4. The 1918 pandemic was caused by the H1N1 virus. Although the origin of the 1918 influenza is unknown, what was it called?

The Spanish flu (also known as the 1918 flu pandemic) was an unusually deadly influenza pandemic. Lasting from January 1918 to December 1920. (Wikipedia)

5. The flu was first identified in the United States at what military installation?

While it's unlikely that the “Spanish Flu” originated in Spain, scientists are still unsure of its source. France, China and Britain have all been suggested as the potential birthplace of the virus, as has the United States, where the first known case was reported at a military base in Kansas on March 11, 1918. (History)

7. What was the average age of those who contracted the flu during the 1918 pandemic?

There were reports of some people dying within 24 hours or less. 1918 flu illness often progressed to organ failure and pneumonia, with pneumonia the cause of death for most of those who died. Young adults were hit hard. The average age of those who died during the pandemic was 28 years old. (CDC)

8. A 1918 Directive from the federal government to the American public included what advice?

9. The 1918 flu killed many more people than World War I did. How many American service members died in combat in the war?

War Losses (USA) American losses in World War I were modest compared to those of other belligerents, with 116,516 deaths and approximately 320,000 sick and wounded of the 4.7 million men who served. The USA lost more personnel to disease (63,114) than to combat (53,402), largely due to the influenza epidemic of 1918. (Encyclopedia)

10. Because about 30 percent of American doctors were involved with the war effort, nurses played a major role in helping the ill during the flu pandemic. Who is credited with creating the concept of community nursing at this time and served as chairman of the Committee on Community Nursing of the American Red Cross?

Nursing, in fact, was a major part of the public health response to the epidemic. City health officials coordinated care with Lillian Wald and others to tend to the ill, survey tenement house districts, and care for those in isolation. (US National Library of Medicine)

Jeffrey Sikkenga is executive director of the Ashbrook Center at Ashland University, Ashland, Ohio. A webinar providing more in-depth information on the pandemic can be found at https://teachingamericanhistory.org/category/podcasts/.  He wrote this for InsideSources.com.