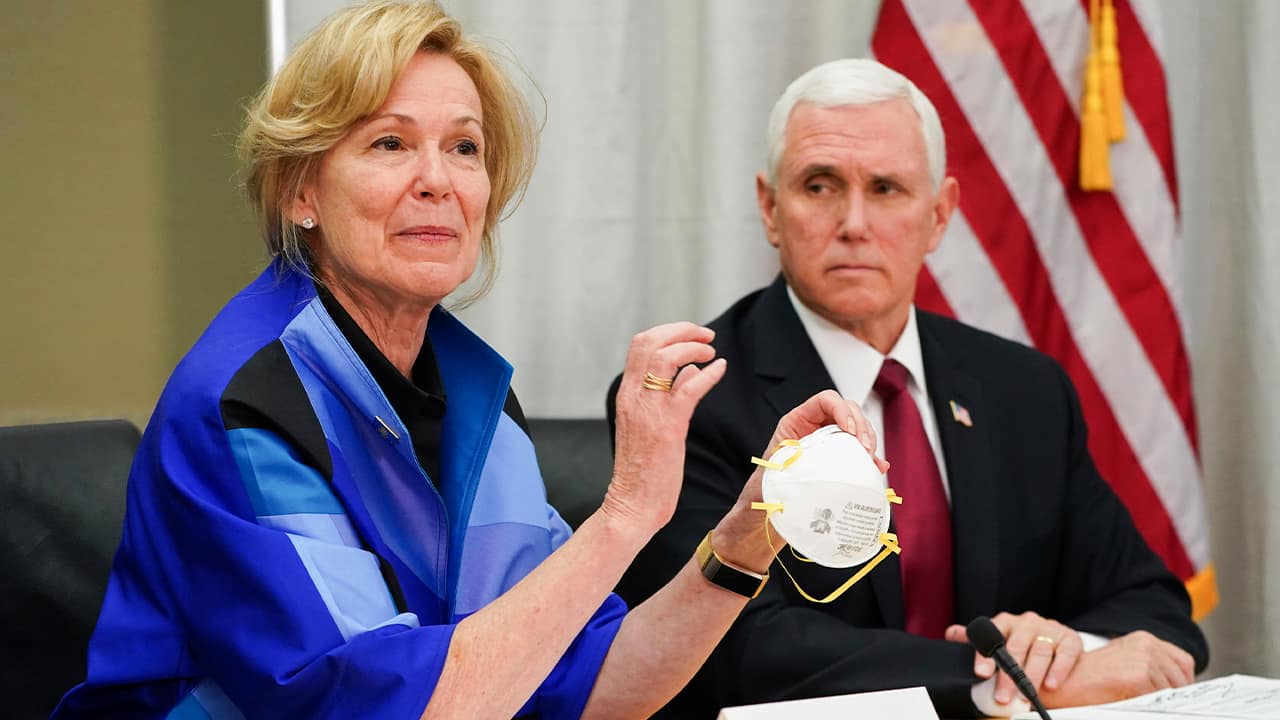 Manufacturing giant 3M pushed back Friday against criticism from President Donald Trump over production of face masks that are badly needed by American health care workers.

The company said it has been producing as many masks as possible for the U.S. “over the last several weeks and months.”

3M also said the administration asked it to stop exporting medical-grade masks to Canada and Latin America, which the company said raises “significant humanitarian implications” and will backfire by causing other countries to retaliate against the U.S.

The unusual but not unprecedented spat between the president and a leading American manufacturer broke out after Trump directed heads of the Homeland Security Department and Federal Emergency Management Agency to use their authority under the 1950 Defense Production Act to acquire the “appropriate” number of N95 respirators from 3M and any of its affiliates.

The N95 masks, also called respirators, provide more protection against the new coronavirus than ordinary surgical masks. Governors and hospital officials around the country have warned of a dire shortage of masks and other protective gear for health care workers treating people with COVID-19, the disease caused by the new coronavirus.

The president followed up his order with a barbed tweet Thursday night at the Minnesota-based manufacturer.

The events leading to Trump’s order against 3M began weeks ago. A White House official said when Vice President Mike Pence visited a 3M factory in Minnesota last month, he was told that 3M had 35 million N95 masks that were intended for commercial uses but could be used by health care workers.

This week, after 3M received liability protection that it sought, the White House learned that not all of those masks were ready for the U.S. market, the official said.

Jared Kushner, the president’s son-in-law, has been leading administration contacts with the company to learn where the masks went and why some were not available as promised. The situation led Trump to invoke the Defense Production Act, said the official, who spoke on condition of anonymity to discuss events that have not been made public.

The company said it has been working with the Trump administration since last weekend and has shipped masks that it produces overseas back to the U.S., including 10 million N95 masks 3M made in China.

3M also raised concerns over what it said was a request by the administration to stop exporting masks to Canada and Latin American countries, where the company is a critical mask supplier.

“Ceasing all export of respirators produced in the United States would likely cause other countries to retaliate and do the same, as some have already done. If that were to occur, the net number of respirators being made available to the United States would actually decrease,” the company said. “That is the opposite of what we and the Administration, on behalf of the American people, both seek.”

The White House did not immediately comment on the company’s statement about limiting exports.

Blocking Exports of 3m Masks Would Be a Mistake

Canadian Prime Minister Justin Trudeau said essential health supplies and workers flow both ways across the border, and blocking exports of 3M masks would be a mistake.

“I think of the thousands of nurses who cross the bridge in Windsor to work in the Detroit medical system every day,” Trudeau said. “These are things American rely on.”

Doug Ford, premier of Ontario province, said he protested to U.S. Trade Representative Robert Lighthizer, expressing concern that Trump could create a shortage of masks for Canadian doctors and nurses.

“The health and well-being of our frontline workers depend on these essential medical items and now more than ever our countries need to work together to combat COVID-19,” Ford tweeted.

Last week, Trump invoked the same 1950 law to force General Motors to build ventilators used to treat COVID-19 patients. The president accused GM of not moving quickly enough and trying to charge the government too much. GM said it had been working on ventilators for weeks. Two days later, Trump praised the auto maker, saying it was “doing a fantastic job.”

Related Topics:coronavirusPresident Donald Trump
Up Next