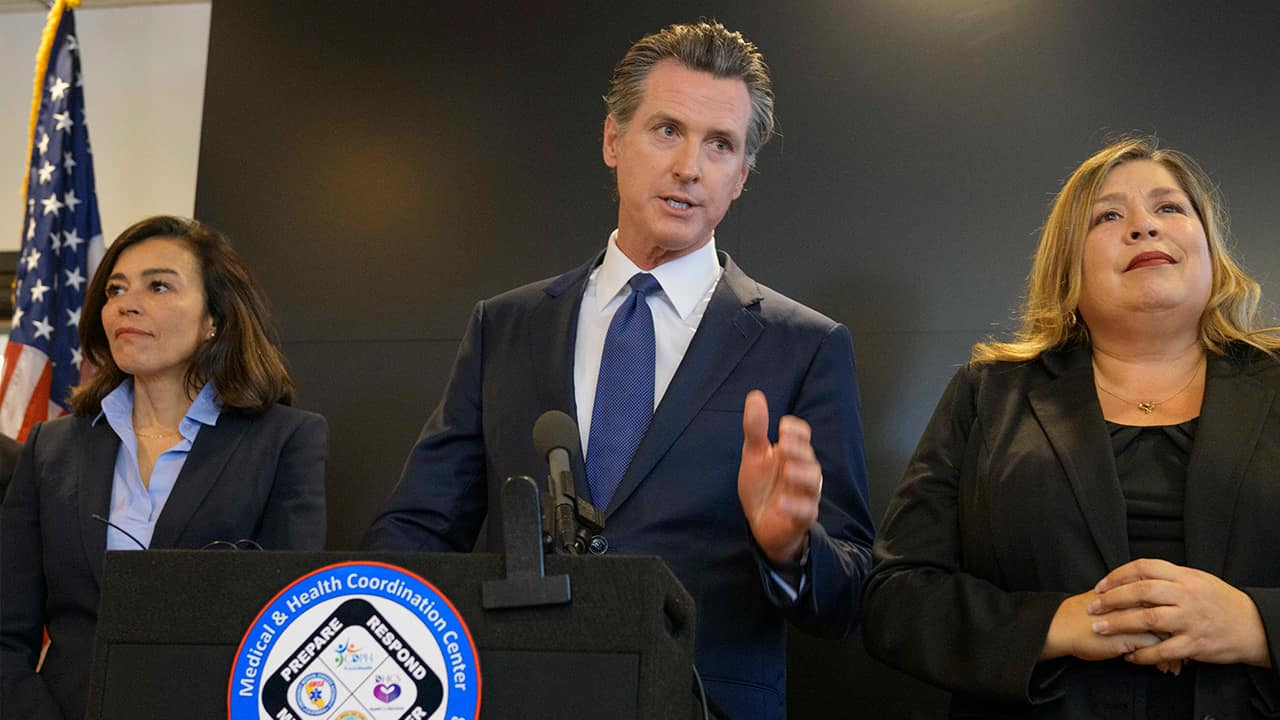 SACRAMENTO — California Gov. Gavin Newsom on Friday pardoned five people who already served their time and commuted the sentences of 21 state prison inmates, including more than a dozen convicted of murder or related crimes. The victims were children in two of the cases and a pregnant woman in a third.
The clemency requests were being considered before the coronavirus crisis, “and, as resources permitted, the governor decided to move forward with them,” spokeswoman Vicky Waters said in an email.
Two Valley men had their sentences commuted. Both must go before the State Parole Board before they can be released from prison.

Richard Flowers, 64, of Tulare, has served more than 25 years for killing a 78-year-old Mary Garcia during a robbery at her home. In 1996, Flowers was sentenced to life in prison without the possibility of
parole for first-degree murder with a special circumstance of burglary and robbery.
In 2018, the state Parole Board recommended that Flowers’ sentence be commuted. But Gov. Jerry Brown left office in 2019 without signing the order, thus keeping Flowers in prison.
“While serving a sentence that allowed no hope of release from prison, Mr. Flowers has committed to his rehabilitation,” Newsom wrote in his clemency order. The governor noted that Flowers had a good disciplinary record and was praised by prison staff, including correctional officers, for his leadership and work ethic.

Steven Bradley, 56, of Kern County, had served 32 years for killing a gas station attendant in a 1987 robbery. Bradley, who was 24 years old at the time, took $350 from a Shell gas station on White Lane in Bakersfield. Confronted by the victim, Claude Baker, Bradley killed him with a shotgun.
In the certificate of clemency, Newsom wrote that Bradley had expressed “sincere remorse” for his crime and “has devoted himself to his rehabilitation.” Prison staff commended Bradley for his good work ethic and diligence.
All of the governor’s pardon and clemency orders issued Friday are at this link.

Attorneys representing inmates this week asked federal judges to free thousands of inmates to help prisons better confront the pandemic, which has sickened one inmate and 12 employees. Newsom said mass inmate releases would further burden strained community health care systems and homelessness programs. But he stopped transfers into the system for 30 days.
Aside from his usual consideration of public safety and justice factors, Waters said that because of the pandemic, the governor “also considered the public health impact of each grant, as well as each inmate’s individual health status and the suitability of their post-release plans, including housing.”
Most people infected with coronavirus have mild or moderate symptoms, but it can cause more severe illness, including pneumonia and death, for some, especially older adults and people with existing health problems.
Many of those given clemency or pardons were under age 26 at the time of their crimes, and they have since participated in rehabilitation programs, Waters said. Most of the commutations allow inmates to seek parole, but release decisions will still be made by the Board of Parole Hearings.

Two of the pardons are intended to help lawful immigrants who face the possibility of being deported based on crimes they committed years ago. Waters said that would be “an unjust collateral consequence that would harm their families and communities.”
One is Tri Thai, who the governor’s office said was age 18 in 1994 when he was convicted of receiving stolen property and age 21 when he was convicted of a gang-related assault with a firearm, second-degree burglary, and attempting to dissuade a witness.
The other is Monsuru Tijani, who was convicted of perjury in 1986, check fraud in 1991, submitting false financial statements in 1995, and submitting false financial statements in 1999. The governor’s office said he “has turned his life around,” but he faces religious persecution and possible incarceration if he is deported to Nigeria because of his conversion to Christianity.
(Associated Press contributed to this report.)

Northern California Inmates Who Walked Away From Prison Camp Are Captured