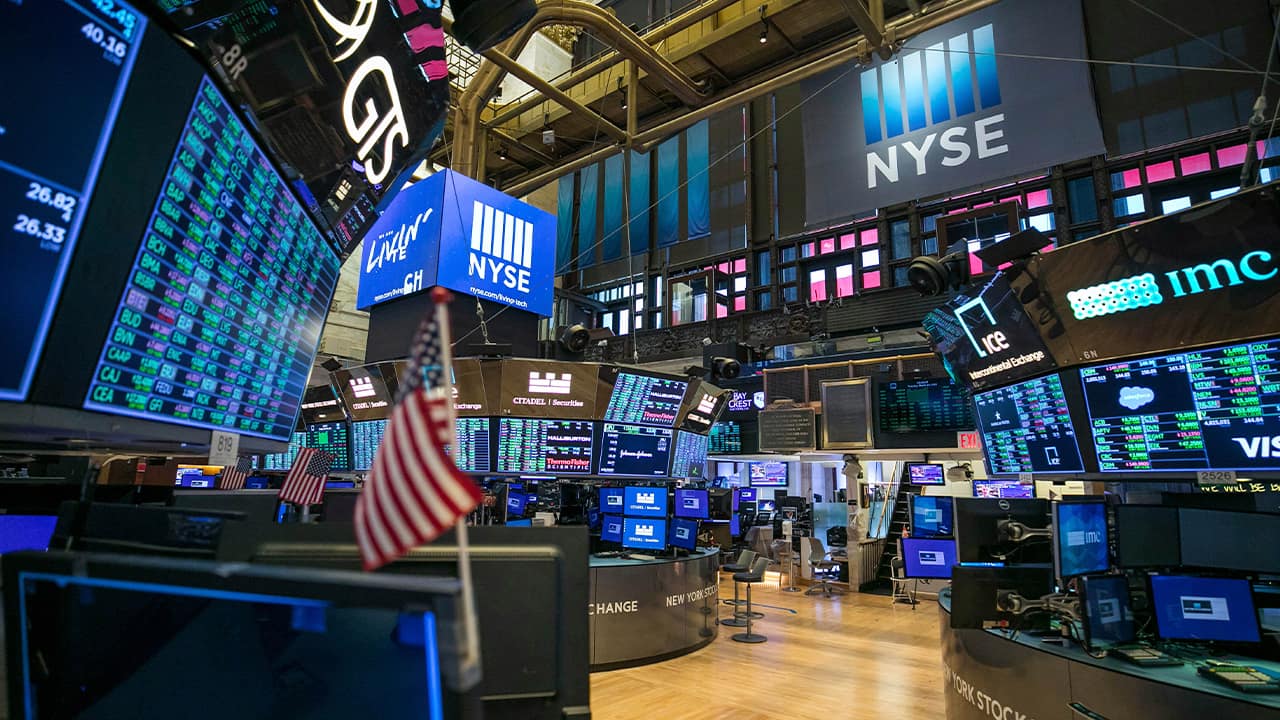 NEW YORK — Stocks marched higher on Wall Street Thursday, putting the market on track for its first three-day rally in six weeks, even as the astonishing scale of the downturn slamming the economy because of the coronavirus becomes more apparent.

The S&P 500 was up 4.7%, continuing a rally that has vaulted the index 15.8% higher since Monday on rising expectations that Congress will soon approve an unprecedented rescue package for the economy. Both Capitol Hill and the Federal Reserve are promising an astonishing amount of aid for the economy and markets, hoping to support them as the outbreak causes more businesses to shut down by the day.
Late Wednesday, the Senate unanimously approved the $2.2 trillion plan, which includes direct payments to U.S. households and aid to hard-hit industries. The House of Representatives is expected to approve it Friday.
Futures for stocks and yields cut their losses immediately after the jobless claims report was released in the morning, which was before U.S. stock trading opened. Most traders likely expected an extreme number from the jobless report, analysts said.
“There is no sugar coating these numbers–they are bad,” said Jamie Cox, managing partner for Harris Financial Group. “Markets have had several days to digest what everyone knew was coming; therefore, the market response to these numbers may differ than what people might expect.” FILE – This photo provided by the New York Stock Exchange shows the unoccupied NYSE trading floor, closed temporarily for the first time in 228 years as a result of coronavirus concerns, Tuesday March 24, 2020. Global stocks and U.S. futures declined Thursday after the U.S. Senate approved a proposed $2.2 trillion virus aid package following a delay over its details and sent the measure to the House of Representatives. (Kearney Ferguson/NYSE via AP, File)

Investors still need to see stability in banks and, especially, in oil prices to maintain confidence, because markets could be in for another slide if oil goes below $20 a barrel, said Andrew Slimmon, managing director and senior portfolio manager at Morgan Stanley Investment Management.
The price of U.S. oil was down 5.6% to $23.12 in midday trading. Goldman Sachs has forecast that it will fall well below $20 a barrel in the next two months because storage will be filled to the brim and wells will have to be shut in.
“I wouldn’t necessarily say that where the market was yesterday we won’t see that again,” Slimmon said. “There is bad news still to come.”
Investors say the market need three main things to slow its breathtaking drop, which has sliced one quarter off the S&P 500 since it set its record last month.
The first is already here after the Federal Reserve has slashed interest rates back to nearly zero and offered to buy an unlimited amount of Treasurys to get lending markets running more smoothly. The second is making progress, as the economic rescue plan moves through Capitol HIll.
The third, though, is getting more concerning by the day: the accelerating spread of the virus.
The United States has more than 69,000 known cases, and the worldwide number of infections has topped 487,000, according to Johns Hopkins University. The death toll has surpassed 22,000, while more than 117,000 have recovered.

For most people, the new coronavirus causes mild or moderate symptoms, such as fever and cough that clear up in two to three weeks. For some, especially older adults and people with existing health problems, it can cause more severe illness, including pneumonia and death.