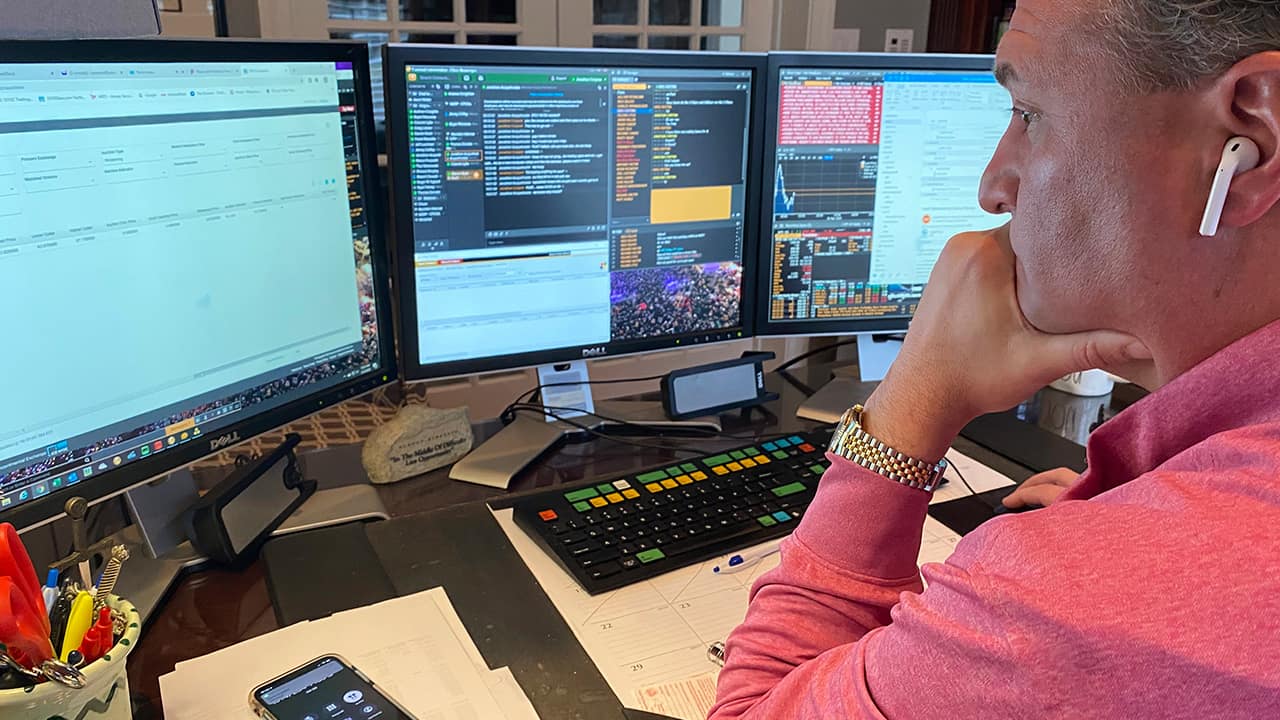 NEW YORK — Stocks are higher in another day of bumpy trading Wednesday as Congress moves closer to passing a $2 trillion package to help the economy deal with damage caused by the coronavirus.
If the market ends higher, it would mark the first back-to-back gain since a brutal sell-off began last month. A man wearing a face mask walks past a bank’s electronic board showing the Hong Kong share index at Hong Kong Stock Exchange Wednesday, March 25, 2020. Shares have advanced in Asia after the Dow Jones Industrial Average surged to its best day since 1933 as Congress and the White House neared a deal on Tuesday to inject nearly $2 trillion of aid into an economy ravaged by the coronavirus. (AP Photo/Vincent Yu)

Economists Are Sure a Steep Drop-Off Is Coming

“The markets are taking it in stride today” after leaping so much the prior day on expectations for an imminent deal on the plan, said Darrell Cronk, chief investment officer of Wells Fargo Wealth and Investment Management.
The number of known infections has leaped past 435,000 people worldwide, and more than 19,000 have died, according to Johns Hopkins University. Overall, more than 111,000 have recovered.
For most people, the new coronavirus causes mild or moderate symptoms, such as fever and cough that clear up in two to three weeks. For some, especially older adults and people with existing health problems, it can cause more severe illness, including pneumonia and death.
With widening swaths of the economy shutting down and layoffs mounting, economists are sure a steep drop-off is coming. They’re forecasting a report on Thursday will show a record number of Americans filed for unemployment benefits as layoffs sweep the country. What’s unsure is how long it will last.
That uncertainty has led to wild swings in the stock market over the last month. The S&P 500’s 9.4% surge Tuesday was a better performance than the index has turned in for 10 of the last 20 full years.
But the market has also had a couple days within the last few weeks that packed entire years’ worth of losses, including two days down 10.4%. The S&P 500 has not had a back-to-back gain since the sell-off began on Feb. 20, a day after the index set its record. Stocks are down about 27% since then.